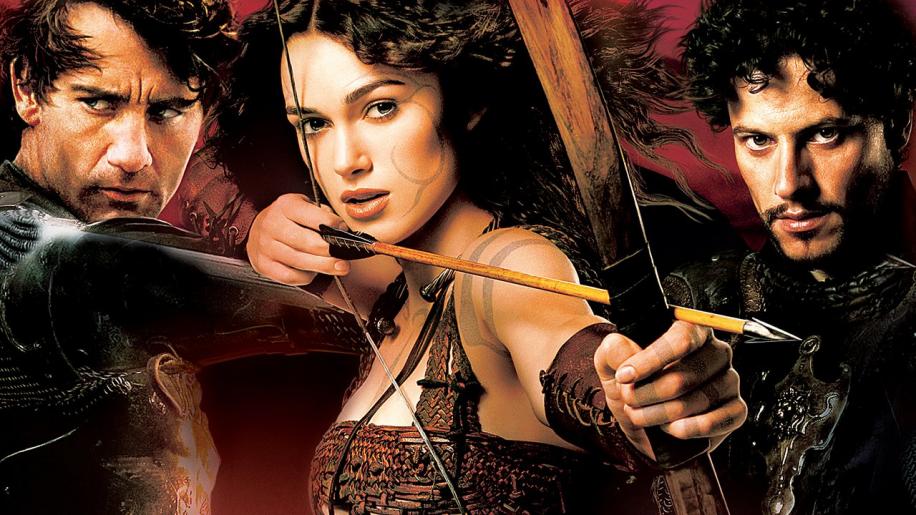 I'm always a little perturbed when I see the words “True Story” emblazoned across a DVD cover - I mean, the definition of the word “story” is sufficiently ambiguous as to make such claims questionable at the very least! The fact that Jerry Bruckheimer produced King Arthur makes this “true story” notion just a little less “worthy” in my book, but that's what we have here - “The True Story That Inspired A Legend”! I was even more alarmed by the stories regarding box office takings - circa fifty million Dollars, despite an estimated budget of some ninety millions. Then again, director Antoine Fuqua's resume does include The Replacement Killers, Training Day and Tears Of The Sun - all of which had some merit as far as I am concerned, and Mr. Bruckheimer has also been associated with a few immensely enjoyable blockbusters. So, would King Arthur: Director's Cut be a blockbuster of the British Isles, or the turkey I feared the box office receipts suggested? Two words would seem to adequately express my feelings... oh and dear.

By 300AD, the Roman Empire extended from Arabia to Britain. But they wanted more. More land. More peoples loyal and subservient to Rome. But no people so important as the powerful Sarmations to the east. After four days of hectic battle and with thousands dead, the only Sarmation soldiers left alive were members of the decimated, but legendary cavalry. The Romans, impressed by their bravery and horsemanship spared their lives. In exchange, these warriors were incorporated into the Roman military. But part of the bargain included the Sarmation soldier's sons, and their son's sons and so on, to serve the Roman Empire as Knights. So King Arthur: Director's Cut begins, with the child Artorius of Rome being presented his Knights to be, and with guide Presaurius instructing the youngster in the ways of fairness, justice and free will, it is clear that Artorius - Arthur - is destined to be that rare and elusive “man of morals”.

All is well and good so far, but of course we're only about six minutes into the movie and from here on in it's all pretty much downhill. Sadly, my fears were not allayed and the King Arthur Bruckheimer/Fuqua collaboration offers up more turkey than Granny's Christmas dinner. There are so many things wrong with the movie that it's difficult to know where to begin. How about I start with Arthur himself then - Clive Owen. He simply does not have the screen presence or charisma to carry the lead role. He's OK, but no more, and I felt that the movie would have definitely benefited from having a true leading male actor. Another problem for me was the music. I kept thinking “The Rock”, and even “Gladiator”, but here the so samey Hans Zimmer score just seems wrong and out of place. And then we have the cinematography - again, it just seems wrong. Listening to the director's commentary it's clear that Fuqua considered Arthur and his Knights to be in their twenties and deliberately chose actors in their thirties to add a touch of gritty realism to proceedings. It has failed rather dismally, in my opinion. No amount of facial hair can disguise the fact that these tanned and well-manicured actors originate from the 20th Century. What really bugged me, aside from the dire script and cheesy acting - Ray Winstone a Knight? Give me a break! - was the green lushness of the grass... as it snowed cotton snow from a clear blue sky. At least the final battle scenes incorporated dense smoke to cover what appeared to be a fine summer's day, but it was all too little, too late. And talking of those final battle scenes, I couldn't help but wonder if this is where some of the “more intense action not seen in theatres” has been added. The fight sequences here seem out of cog to the degree that the final battle between Arthur and Cerdic seemed rather anti-climactic and second rate. I much preferred watching Keira Knightley (Guenievere) fight, and not for the obvious reasons!

A second, and third, viewing did improve my regard for King Arthur: Director's Cut, which is why I've scored it so highly.