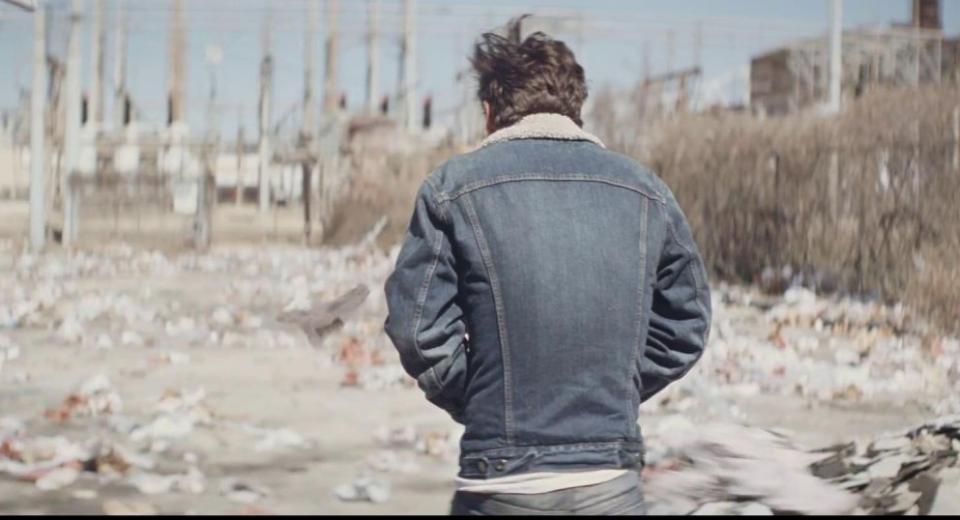 Killing Them Softly comes to Region B-locked UK Blu-ray with an impressive 1080p High Definition video presentation in the movie’s original theatrical aspect ratio of 2.4:1 widescreen. The film was shot in a very specific style, often with key items in stark focus and a remarkably soft backdrop; here this format is perfectly rendered, with stunning focal elements – the skin texture in particular looks stunning. Indeed it will take a little getting used to, and it’s hard to refer to this as reference or demo quality in any way, but I think that any of the softness around the edges is completely intentional and shouldn’t detract from your enjoyment at all.

The colour scheme is generally well rendered; with a sombre tone that is highly indicative of the current state that New Orleans is in; dirty, wet streets; dilapidated buildings; dull skies – it’s a messed-up place. Black levels are strong, though, with Brad Pitt’s leather jacket showcasing every single crease, and night sequences displaying strong shadow detail. All the wonderful little touches I noticed during the theatrical showing are just as impressive here – the reflections on windows as characters are driving / passing by, with the rain beads streaking the glass and smog clouding the image; it’s all here. As stated, if you can swallow the slightly older almost eighties-style soft-around-the-edges filmmaking style, you’ll likely find this a very rewarding video presentation. The accompanying DTS-HD 5.1 Master Audio aural track is also a largely impressive offering, most notable for its presentation of the elements – this film, which boasts a very minimalistic score, is dominated by a heady atmosphere in near every single scene. Torrential rain pounds down around you, swamping the environment from every direction; the wind blows leaves and scraps of paper, crackling across the array; engines growl gutturally; body blows feel hard and punishing; gunshots are deafeningly thunderous – it’s a brilliantly crafted audio track. The song tracks which are used to bolster the score are also superbly presented, drowning out the rest of the elements as everything takes a back-seat to the perfectly-chosen songs. Dialogue – in spite of the rest of the track’s offering, and even during the most all-engulfing atmospheric output – is somehow maintained clearly and coherently, stretching out from across the frontal array. The tonal shifts; aural effects; dynamics and surround usage are all impressive, and the LFE channel is used almost imperceptibly to give depth to the rest of the track, leaving this a hard-to-fault offering. Superb. Disappointingly all we get in the way of extras is a selection of Interviews from the main cast and crew – Andrew Dominik, Ben Mendelsohn, Max Casella, Ray Liotta, Scoot McNairy, Richard Jenkins and Trevor Long. Sure Brad Pitt is conspicuous in his absence, but otherwise all the main players are covered. The real disappointment is not only that there’s no writer/director Commentary; it’s not that there’s no meaty Documentary – it’s that there are no Deleted Scenes. Anybody who knows the works of Dominik will know that this final cut of the movie must have been culled from a much longer vision, and that there must be a significant amount of extra footage sitting around somewhere. This is, of course, confirmed by the fact that Deleted Scenes were once rumoured to be part of the Blu-ray release (and may still pop up on the Region A US release), making it even more insulting that they didn’t bother to include them here. “America’s not a country. It’s a business.”

Much more than just a pulpit for topical political commentary, the latest collaboration between Brad Pitt and Andrew “The Assassination of Jesse James by the Coward Robert Ford” Dominik – Killing Me Softly – perfectly blends weighty themes with strong direction, worthy performances and insightful characterisations, telling a character-driven tale which stands on its own, independent of its welcome subtext. It’s a great little gem.

On Region B-locked UK Blu-ray we get excellent video and outstanding audio, and are only let down by the disappointing lack of extras. Still fans will find this a must-have purchase and newcomers should be tempted by a blind-buy. Excellent film, highly recommended.