Sex, drugs and Brit-pop… oh and the occasional murder thrown in for good measure 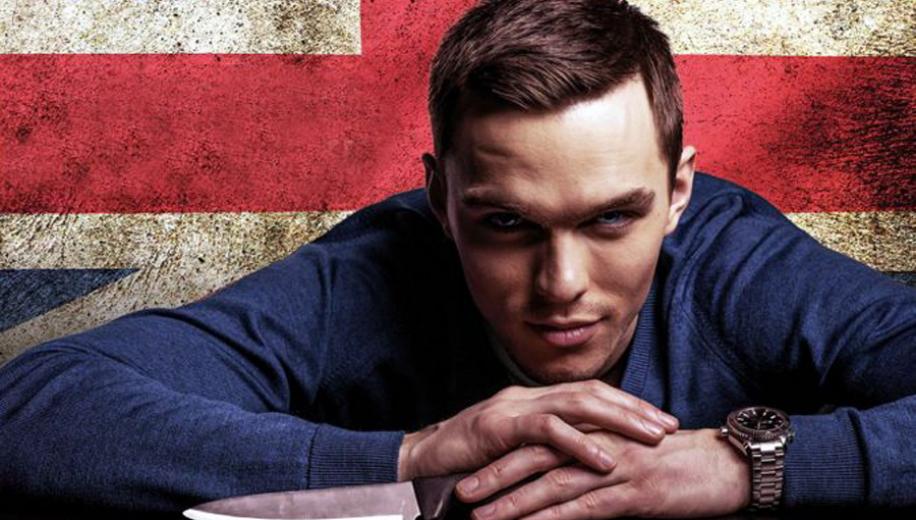 What lengths would you go to, to ensure you bagged the next big hit and made it all the way to the top?

It’s 1997 and the UK’s music industry is in its hey-day, with indie bands and brit-pop taking over the charts. Every A&R man is desperate to sign the next big thing and Steven Stelfox is every bit as desperate, keen and determined. John Niven penned his debut novel Kill Your Friends back in 2008 and it was based on his own experiences of working as an A&R man for London Records in the 1990s. Niven’s book has been compared to American Psycho and considering he adapted the book to write the screenplay, it’s not all that difficult to see the similarities between the two.
It’s the late 1990s and apparently everyone in the music industry does hard drugs and parties till all hours in the morning. At least, that’s the impression given off by Stelfox and his cohorts. We are taken by the hand and led through the weird and wonderful world of indie bands and girl groups and the various people behind the scenes pretending they know exactly what they’re doing, trying to make stars out of the least likely candidates. Kill Your Friends is centred on Steven Stelfox (Nicholas Hoult - X-Men: Days of Future Past) who works as A&R man for London based record label, Unigram, and his unrelenting determination to make it to the top. Dead set on acquiring the position as head of the department, Stelfox stops at nothing to ensure his own success at Unigram. However, Stelfox has a whole team who pose a threat to his career progression, namely fellow talent scout, Waters (James Corden). Waters is next in line for a promotion and owning a Menswear CD seems to be all the encouragement Stelfox needs to plan Waters’s takedown. As the film progresses various other people manage to find themselves in the unfortunate position of potentially delaying Stelfox’s way up the ladder and they each will feel his wrath.

Nicholas Hoult is really very good at playing a character who lacks all moral decency. Appearing in almost every scene, if there ever was a role designed to shed any lasting remnants of his role in About A Boy, this is it. Hoult’s character is unapologetically unnerving as brutally honest and sinister Steven Stelfox. In a part similar to that of Patrick Bateman, Stelfox also has an internal dialogue which we the audience are privy to; one scene in particular that is extremely memorable is when he is having dinner with The Lazies (an indie band he is desperate to sign), and he loses all self control going into a rage-ladened tirade filled with violent honesty.

In a film that feels stiff and strained at times, Hoult manages to out-perform in Kill Your Friends, using the smallest of facial movements to signify a deeper meaning. Similar to Hoult, Edward Hogg is memorable as DC Woodham, a role that is not too dissimilar to that of Donald Kimball in American Psycho. Woodam is investigating a murder and whilst questioning Stelfox drops into conversation that he too is in a band, and we soon learn that he is also willing to do anything to get the answers he’s looking for. The rest of the supporting cast is full of well known faces ranging from Ed Skrein and Craig Roberts to even a small role from Rosanna Arquette and they all manage to play their parts perfectly.


Hoult’s acting potential is put on show and he really delivers proving he’s not just a pretty face.

Kill Your Friends is the first feature length film from director Owen Harris, who had previously directed episodes from the TV series Secret Diary of a Call Girl and Misfits. It is clear to see Harris’s roots in television throughout Kill Your Friends as it at times feels like it would fare better had it been structured as a mini series, which would relieve the somewhat bland and dull moments during the film. Having said that, there are a few scenes in which the drug and alcohol fuelled binges of Stelfox are delivered in a manner which one could believably imagine as part of a 90s music video.

Kill Your Friends has all the good intentions of a film trying to emulate the look and feel created by films such as American Psycho and Filth, but unfortunately fails to have the same impact. For a film supposedly set in the 1990s, it doesn’t quite manage to establish itself as a period piece. The soundtrack is about the only thing that really cements its tone as a film set in the 1990s, and it’s the soundtrack that sets the pace of the film, perfectly matching the action on screen to the beat of the music.

The acting is undoubtedly great but something just doesn’t sit quite right with Kill Your Friends. The middle of the film felt extremely dragged out and, to be perfectly honest, a bit boring but the ending does manage to wake you back up with more than a minor jolt. Overall the film seems to have pitched itself as something it isn’t and, if it wasn’t for the great acting from Hoult and the rest of the cast, the score would be lower. The overall narrative is sadly what lets the film down but a few humorous moments and some scenes of pure debauchery allow Kill Your Friends to offer mild amusement and a somewhat embellished view of the music industry of the 1990s.