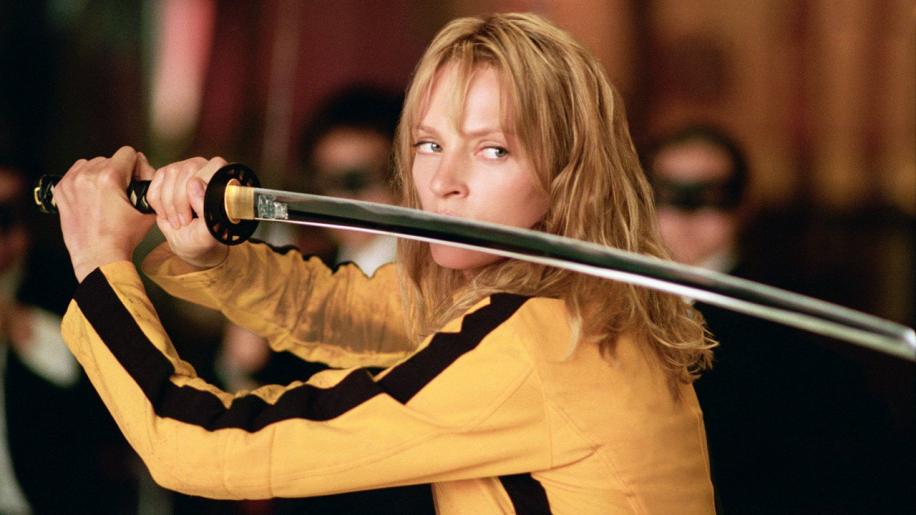 The anamorphic 2.35:1 transfer
is breathtaking. Colours (especially the
bloody reds) pop off the screen, blacks
are suitably inky, small object detail is
excellent and edge halos have essentially
been banished. A wonderful film-like
image that you'd be hard pressed to fault.

Audio is provided in both Dolby
Digital 5.1 and DTS flavours. Whichever
you choose you are in for a treat, although
for our money, the latter offered more
convincing use of the rears and superior
bass. Either way both are fine mixes,
with aggressive effects, stunning music
presentation and crystal clear dialogue.

Quentin Tarantino has made no
secret of his plans to issue both volumes
of Kill Bill as relatively bare discs, while he
concentrates on putting together a box
set tentatively planned for release towards
the end of the year. With this in mind, we
weren't expecting many extras from the
Kill Bill: Volume 1 DVD, and thanks to this,
we weren't disappointed.
Apart from some very stylish menu
screens, the only extra of any real merit is
the 22-minute The Making of Kill Bill
featurette, which gives a solid, but brief,
look at the creation of the film and
explores some of the series and movies
that influenced it. The only other extras
included on the disc are uninterrupted
footage of the 5.6.7.8's performing I Walk
Like Jane Mansfield and I'm Blue, a
teaser and bootleg trailers for Kill Bill:
Volume 1 (the latter of which has plenty of
footage from Volume 2) and a teaser for
Volume 2. A triumphant DVD release for this modern
classic, marred only by the thrifty selection of
extra material.