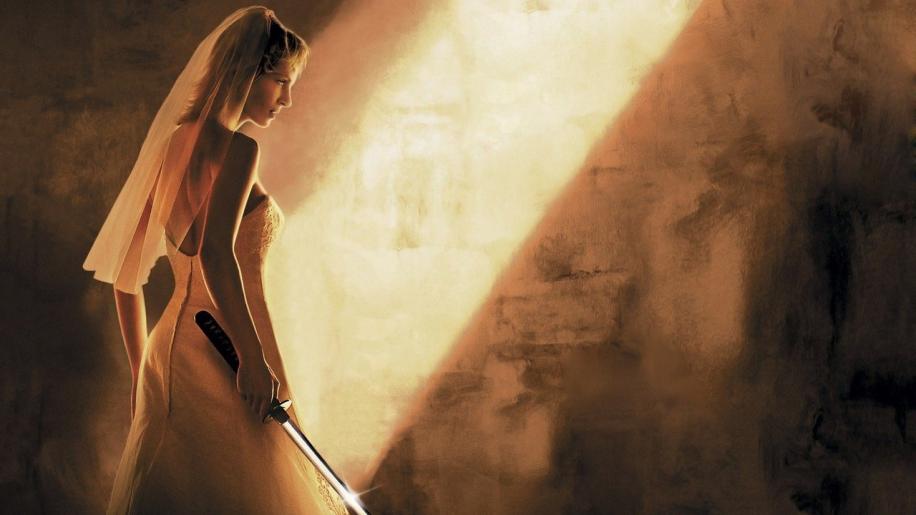 Kill Bill: Volume 2 is a distinctive
and stylish-looking film, and the
anamorphic 2.35:1 image is every bit
as good as the transfer featured on its
predecessor's DVD. The washed-out
visuals hold together perfectly, with plenty
of shadow detail and fantastic contrast
levels, and once again Buena Vista
manages to keep edge enhancement to
an absolute minimum. The disc offers both Dolby Digital
5.1 and DTS audio tracks, and both are
excellent. There's arguably not quite as
much aggressive use of the surround
speakers this time out, but these are two
excellent soundtracks that provide plenty
of thrills and spills. This is a sparse DVD with very
little in the way of supplementary material.
Of the three extra features, the most
interesting is a nifty, deleted fight
sequence from the film's flashback
sequence between David Carradine and
Michael Jai White; the 26-minute Making
of... featurette is disappointing fluffy EPK
stuff and the 12 minutes of premier party
footage are only noteworthy for Robert
Rodriguez's band doing some tunes. There are bigger and better versions of the Kill
Bill DVDs in the works, but if you only want the
theatrical cut then this disc is perfect.