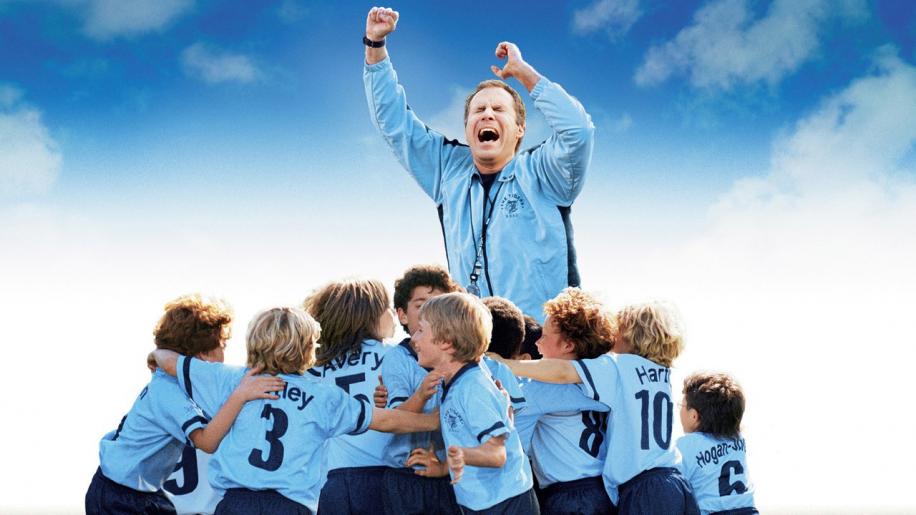 The picture here is presented as anamorphic widescreen 2.35:1 and befits it's target audience with plenty of bold, bright colours and detailed close-ups. I did notice some slight edge enhancement on some of these close-ups but generally the picture was superb and had the usual US comedy “feel” to it with a very warm palette and strident colouring. Edge enhancement aside I could see no technical issues with the image which is understandable considering the movies age.

This release has a Dolby Digital 5.1 soundtrack and was one of the discs highlights. There is a decent amount of rear channel action, especially during the soccer scenes, with the ball pinging around or the net rippling as the shots flew in. There was also a superb musical soundtrack used during many of the action scenes and this was rendered superbly with plenty of bass to really get you into the action. Dialogue was clear and rich, so all in all this was one of the better soundtracks I've heard recently.

The extras on this disc are as follows :

Deleted Scenes (11m58s). Usual array of deleted scenes complete with counters but there is no guidance as to why they were removed or their context which is a shame.

Outtakes (8m39s). A nice selection of amusing outtakes, such as kids with hiccups and the usual goofs and cock-ups. Dennis Norden would lap it up!

Alternate takes (5m35s). This is just a few scenes that were shot differently to how they ended up in the movie. Again a little explanation would have been nice.

Kickin' it with the kids (3m14s). This is a little featurette about the child actors that play the Tigers in this movie that consists mainly of talking-head interviews with the stars praising each other as is the norm in these featurettes.

Soccer Camp (7m37s). An interesting little featurette about how they trained the child actors to be able to play soccer convincingly and pull off some of the special moves. They were coached by a couple of English lads and they did a good job as the soccer scenes in this movie are some of it's best elements.From Rome to Hollywood (8m55s) covers the story of Francesco and Alessandro, a couple of footballing prodigies that were talent scouted in Rome and were brought over to star in the movie. This is a mini video diary and seeing them arrive in L.A., eyes wide open with curiosity is most entertaining. With their skills on the ball, I'm sure if they haven't been already, they will be snapped up by some big clubs and are destined for great things.

Behind the net: The making of Kicking & Screaming (13m). As the title suggests, this is a standard “making of” featurette - interviews with all the cast and key member of the crew. Lots of praise for each other, the script and so on. Nothing particularly special but entertaining enough - although I doubt whether anyone would return to any of the extras on this disc.

Kicking & Screaming is a good bit of family entertainment - nothing more, nothing less. If you're looking for a bit of post pub fun like School Days or Anchorman then this will not be for you, however if you've got kids and especially if they are playing junior football, then this won't disappoint. They may be a bit sugar-coated, but there are some good moral lessons to be learned here both for young and old as well.