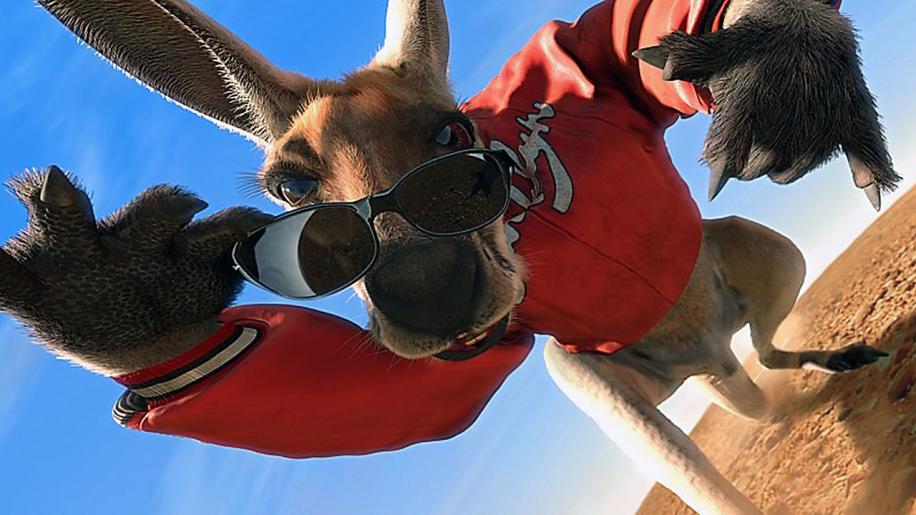 It is difficult to find what level this movie is aimed at, is it a kids film? Well some of the themes in the movie would mean that in my opinion, it's certainly not for the younger kids. So it must be the teenage market? Maybe, but some of the childish humour seems aimed at younger kids. So it must be an adult's movie? Well no, not really. Are you confused yet? I was after watching this movie which just doesn't seem to know who it is made for.
Charlie ( Jerry O'Connell) is a hairdresser in Brooklyn and his best friend Louis ( Anthony Anderson) is full of get rich schemes which always end in trouble for the pair. At the beginning of the movie we see the 10yr old Charlie and Louis first meet, which ends with Louis saving Charlie's life as he struggles in the sea and nearly drowns. This starts a life long friendship and this is about to be tested in the extreme. Charlie's step dad is a mobster gang leader (Christopher Walken) who gives him what he wants to keep his mother happy, but would like to see Charlie dead and out of the equation. When Louis does a dodgy deal over some TV's it turns out that they were stolen by Charlie's step dad, and following a police chase though New York, the pair bring the police right to the door of the mobsters. Afterwards Charlie's step dad decides to give the pair one last chance, and asks them to deliver an envelope full of cash to an Australian gangster. The two set out on their adventure and whilst travelling through the outback to meet “Mr Smith” they knock down a Kangaroo. Instead of just going on their way they decide to pick up the animal and put a jacket on the beast so they can take Photographs. The money however is in the pocket of the said jacket when the Kangaroo wakes up, and runs off, with the cash. This sets into motion a number of chase sequences and has the two meet up with the beautiful animal worker Jessie ( Estella Warren ) who tries to help them out.
Add to the above the usual fart jokes, sexual references and some mild violence and you have this film. I have to say that it certainly is not a kids movie with it's rather adult themes and humour. A really mixed bag that just doesn't know what kind of film it is.