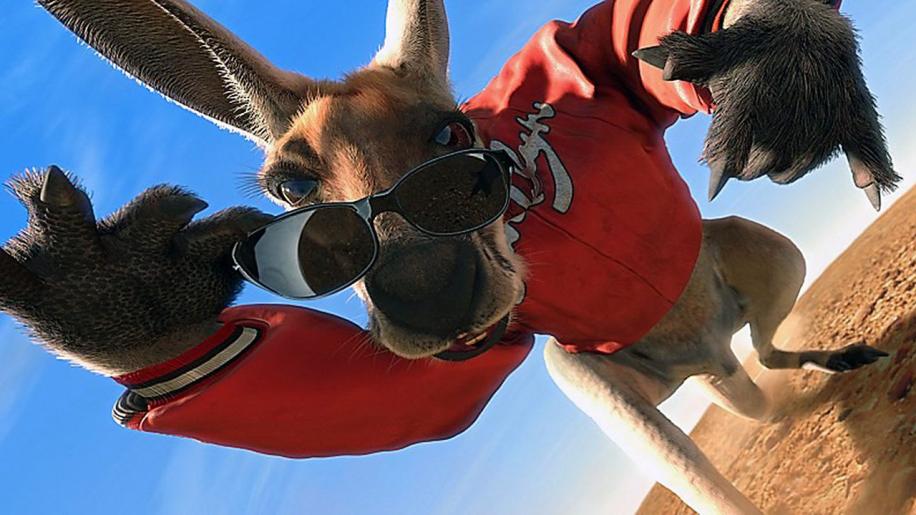 Warner Bros. again give us the goods with this very good 2.35:1 Anamorphic transfer that looks three dimensional and highly detailed. The Australian out back looks gorgeous throughout with colours staying strong and solid and blacks looking very good. There is plenty of detail on show in this razor sharp image with flesh tones looking natural. A first class transfer.

For such a low budget movie, this soundtrack Rocks! Of course just one look at who the producer is (Jerry Bruckheimer), will give you some indication of the quality on offer. The sound stage is always active with the Dolby Digital 5.1 mix providing plenty of split surround effects and deep LFE moments. Although not as aggressive as the producer's action movies, the sound mix here is very good with helicopter flyovers, panning effects and the Kangaroo!

First off are two commentaries, the first with Director David McNally, actors Estella Warren, Anthony Anderson and Jerry O'Connell and visual effects supervisor Hoyt Yeatman. The second is a scene specific commentary from Kangaroo Jack himself. The commentaries are amusing enough with some valuable details and stories told. Next up are a featurette on how the sound designers made the farting noises, a blooper reel with missed lines and mistakes, a feature on Jacks dance moves, a look at the effects used and the films trailer and DVD-ROM content.

A real mixed bag with some funny moments but overall disappointing, the audio visual presentation is very good with some nice extras.