This dog will never have its day... 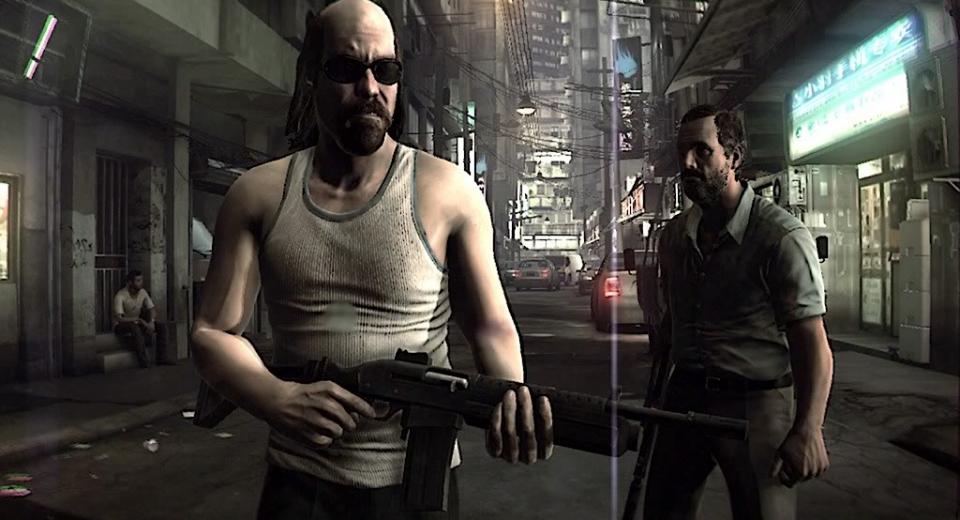 According to some, boundaries are there to be pushed. This was no more so than in the case of the original Kane & Lynch. Some said it was unnecessarily violent, whilst the classifications board stamped a well deserved 18 label on it. Although inevitably, it fell into the hands of minors and there was an outcry of the violence children of today were seeing in video games. Despite this, and its universal flaws across all formats, IO Interactive have not been put off their stride. With a fresh batch of feedback from its predecessor, Dog Days aims to exceed people’s expectations and deliver a cutting edge 3rd person shooter that will ignite their passion for the genre. Although having said that, it doesn't want to differ too much from the original as Dog Days will need to appeal to loyal returnees whilst also having a fresh feel.

With Kane & Lynch: Dead Men not being the big hit that IO were hoping for, it is expected that Dog Days hasn't been given the treatment of a strong advertising campaign. Although, as has been seen with games such as Singularity, this does not necessarily mean the game is a cheap knock-off.

IO is releasing its game into an already full market of third person shooters, so it will be standing amongst genre giants such as Gears of War and Uncharted on the PS3. Fans need not be worried though as you only need to look at the developer’s history of creating the much loved Hitman series, so they know what the customer wants and needs in order to make a successful game. And it is unlikely that Square Enix will ship out a half-arsed game that they know will flop. But will people see through the charade and find Dog Days to be nothing more than a distraction from Hitman?

The immediately striking feature of Dog Days is the unusual and unique style that the game has been produced in; a replicated 'Youtube' style buffered clip. This gives the impression that an overworked cameraman with a 5 mega pixel camcorder has followed the duo across Shanghai. When staring into a street full of shiny lights, the glare given off will distort the image and send lines down the picture just like on TV's etc. Initially this makes you think, “Cool I like it.” But after so long, the unsteady shooting can make you motion sick and inevitably you will turn it off with haste. It’s a Marmite affair, some will love it whilst, I feel, the majority will hate it. The whole menu's, start up screen doesn’t even escape from the Youtube makeover, they too wobble from motion and resemble a camcorder display.

Although the shooting style does have an initial wow factor, the overall graphics quality of the game lacks some of the grandeur that people have come to expect from new releases. Of course they are of a standard of the next gen, but in some areas they wouldn't go amiss in one of the 360's maiden titles.

As already stated, the previous iteration was full of generic expletives, gore and completely unlikeable characters. Well to that extent fans won’t be disappointed. Upon loading the campaign, players are 'greeted' with a cut scene of the duo tied to chairs and being cut up by unknown gang members, clearly with the intent of killing them. Hand-in-hand with this goes random death threats and compulsive swearing, which, sadly, reflects how unlikeable the characters are in Kane & Lynch. This must have been done purposely as the only way you could possibly like them, is if you were a murdering psychopath yourself. But surely half of the appeal of these games is feeling a connection with the lead characters? Apparently not anymore, there are no emotional ties to be found here, just plain unadulterated brutality. Through the film-style appearance, violence/gore is toned down when a head shot is dealt; the enemies’ heads transforms into a pixelated mess, but I feel this is down to laziness, in not wanting to create animations for such situations, along with the poor graphics.

There is a storyline to be found somewhere in Kane & Lynch, but this is so forgettable that it is barely worth mentioning. It goes something like this; Kane makes a deal in Shanghai that he needs to complete for no clear reason. They then proceed to put their feet in the sticky stuff by gunning down a kingpins daughter, which unsurprisingly, he does not take well. Although, the pair seem surprised by the amount of resistance they find as they cross the city. Which, I hasten to add, is very barren and does not buzz with activity like would be expected. K & L then battle through half the Shanghai police force in order to a) escape and b) find their old business partner.

The key to any successful shooter, be it first or second person, is a satisfying and functional shooting mechanic, which I'm afraid to say is not present here. The majority of guns that are found are infuriatingly inaccurate and have the effective damage capacity of a high powered super soaker. The shooting reticule gets wider as you shoot, which is normal, but then within this appear small crosses that indicate damage dealt to the enemy for some unknown reason. The only accurate guns are the handguns and occasionally the silenced assault rifle. Oh, and shotguns have suddenly become long range weapons. No matter how far away, the enemy will receive damage from a shell. Whilst in cover, these can be equipped with the 'y' button, without Lynch even lifting a finger. Magic.

There is some good to be found here though. The cover system isn't actually that bad and works quite well, apart from the fact that an enemy can always manage to shoot you from behind cover, despite the impossibility of it. This can get boring very quickly as Dog Days follows one rigid pattern of enter an area full of cover, kill anything that moves then move on to the next area. No objectives, no things to blow up or items to find in any of the levels. Inevitably, moving onto the next area always requires a door to be kicked in, lifted up or a wall to be scrambled over, all of which look frighteningly familiar.

Also looking very familiar are the enemies that you face. They either wear a police uniform, a ninja style SWAT outfit or an army ensemble. But the really obvious thing is that they have just been copied and pasted time and time again which is just pure lazy.

As mentioned in the above paragraph, enemies can manage to pick out an inch of anatomy sticking out of cover without ever missing. As soon as you pop out of cover to pick an enemy off, the rest of them then proceed to fire on your position. The AI within K & L 2 isn't the smartest, which is probably a bit generous. The computer usually tries to outsmart and kill players in shooters by having cunning enemies that will flank and outmanoeuvre them. Here though, it seems as if the only way the player will be downed is through sheer overwhelming by the number of enemies faced in one given area. Being downed seems completely unnecessary too, as you can immediately stand back up again despite the amount of damage you have taken.

This brings me on to your useless partner, Kane, who seems to just get in the way or take a ridiculous amount of damage without ever being killed. You don't even get the chance to choose to play as him, team up with him in any way or either revive him or be revived by him. The only time he appears to help is when he is needed to lift garage doors.

Games these days seem to be getting shorter and shorter and so much so that people feel that they don't justify a full 40/50 note price tag. But here, the shortness of the main game seems to be more of a blessing rather than leaving you wanting for more. By the time you're half way through the game (that's around 2 hours. Yes, two) you end up wanting the end of it to finally appear for your brain to stop being melted away from the mediocrity of it all. Therefore this gives the single player very little or no replayability whatsoever, unless you can force yourself to play through on extreme mode, which would be very surprising unless you're an achievement hunter.

The single player wouldn't be that bad if it actually did something new or refreshing, but fortunately it has a reasonably good multi player to save it from immediate resignation to the bargain bin. But even that is often ruined with lag blighting many of the lobbies that you enter. The campaign can be trawled through again in co-op with your friends in an attempt to gain the most money over the course of the level. Whilst other multi player modes include Cops and Robbers, which is probably the best of the bunch, this, as expected, sees two teams battle it out as different adversaries in an attempt to eliminate one another. These modes are solid and will keep your attention for a short while, but not long enough to keep a certain modern First Person Shooter out of your disc tray.

Kane and Lynch can be seen as nothing more than a gimmick whilst it will leave you praying that there is a new Hitman being created behind the scenes somewhere. Although the game isn't completely broken, it's not far from it. The true test of Dog Days' mettle is through this simple experience that I had; I had picked up a gas canister which I planned on throwing at the enemy, shortly followed by shooting it and eliminating them all in a fiery ball. All was well, until I was granted the achievement of acquiring five head shots in one clip/magazine of ammo. Figure that one out if you can, whilst being downed can even occur without you being shot at in an empty room, which will leave you looking for the offending oil spill or patch of black ice. If you liked the original game, I would recommend that you try before you buy and rent it first as you will more than likely be disappointed. If you didn't enjoy or play the first, well I suggest you stay well clear.

There's nothing much that can be said for Dog Days that will make the game much more appealing than being poked in the eye by a pair of scissors whilst enduring slow and painful torture. If you were being kind then the cover mechanic works well despite all the madness going on around you and the graphic style looks pretty good... For the first ten minutes. If you go the entire game without chundering because of the poor camera style then credit to you, but I doubt you could even make it to the end of this poor showcase. Shame on you IO Interactive.