It's time to stop giving DC your money 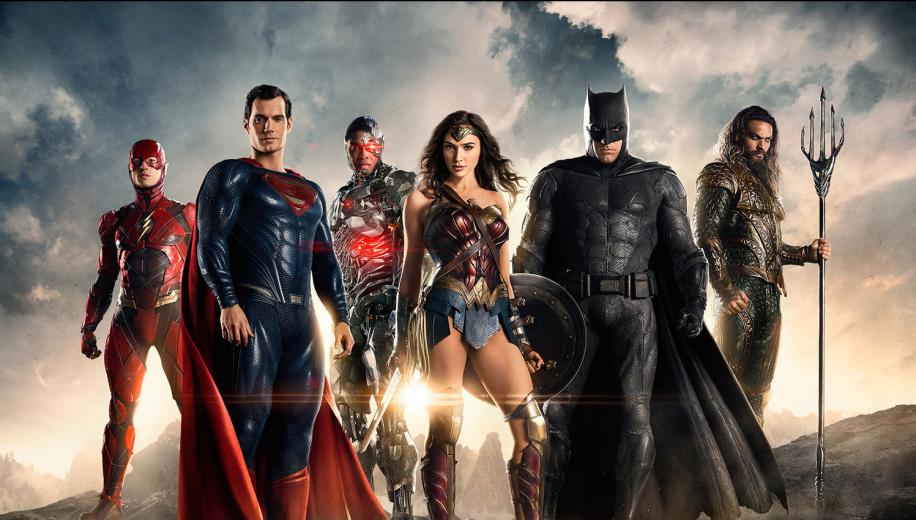 Rather than build up their characters through solid solo entries over a number of years (Iron Man, Captain America and Thor-style), DC's attempt at an instant cash-grab, whilst financially a rousing success, has been a relentless disappointment in terms of actual content. Sure, Wonder Woman was surprisingly decent, but there's still been little standout about the films so far, and almost all of them have been pretty intrinsically flawed. For every first and second act of the brooding Man of Steel, you get a messy, CG-filled finale; for every blisteringly brutal Batman beatdown in Batman vs. Superman, you get a messy, CG-filled finale. The stories are barely coherent, trying to cram too much into one movie - emblematic of the fast-tracking behind these productions.
The road to Justice League has been a messy one, but there's no denying that it was a hell of a thing to finally get to see Batman and Superman in a movie together, and an even bigger milestone to see the whole League together (Martian Manhunter notwithstanding). Despite the tragedy that pulled Snyder away from this ensemble epic (which he's been building towards across Man of Steel and Batman vs. Superman), Joss Whedon does his best to finish the work in the style of Snyder, and the end result bares little of Whedon's footprint and is still a bit of a mess, taking too long getting going (despite the forgiving 2 hour runtime), making too many botched introductions, and failing to propel itself into the mighty team-up epic it so needed to be. It doesn't help that the film has the arduous task of introducing characters that, in its Avengers counterpart, already had at least a movie each to get to know them. Oozing attitude, Jason Momoa should have been one of the best things about this movie, but this isn't an Aquaman movie (frustratingly), leaving his extended introduction a mere taste of something that should have come before, and really a blisteringly incoherent one (has Aquaman even seen Amber Heard's Mera before?). And Ezra Miller - for many fans of DC's popular Flash TV series - is just wrong as the Flash; a character many will already know, but not quite like this, with the androgynous, neurotic Miller throwing around some lame humour (which mostly falls flat) as if he's already a familiar face, when really he should have been afforded his own build-up too. Perhaps Ray Fisher's Cyborg gets a good rap because he's the least well known, but even his filled-in backstory is basically little more than a videogame cutscene.

Thankfully, between Gal Gadot's increasingly adorable (and perfectly cast) Wonder Woman, and Affleck's gritty Batman (whose presence would have been more celebrated were it not for the fact that this may well be the last time we get to see him in the role, despite what the post-credits scene sets up), there's something to be found amidst this bevy of characters, eliciting solid support from Jeremy Irons' Alfred, Amy Adams' Lois, Diane Lane's Martha Kent, and Connie Nielsen's Hippolyta (in the film's best scene), whilst J.K. Simmons gives us another memorable Commissioner Gordon. Of course, as is increasingly common with superhero blockbusters, whether Marvel or DC, things always fall apart in the villain department, as Ciaran Hinds' Steppenwolf remains largely just another poorly developed CG big bad for the team to face up against, with the journey to putting together the team clearly more important to the filmmakers than the destination.

And it's not like the return of Superman (with Henry Cavill's moustache CG'd off) is much of a surprise. He's in the posters and that portentous tremor at the end of Batman vs. Superman telegraphed that he wasn't dead (even though it's a bit of a plot hole now), so Justice League spends far too long building to something that fans and newcomers alike will simply know is coming. Again, it's a mistake that should have been rectified by a film or two before reaching the all-star team-up, leaving little surprise in the way in which the first half of this movie plays out, and little threat rising to give tension to the second half.

Snyder's eye for action remains evident throughout the key setpieces in the finished product, with that near-perfect CG slo-mo effect running full throttle, whilst Whedon's humour remains surprisingly muted (apart from one Aquaman gag) and the end result, whilst fleetingly entertaining in its noisy ensemble mayhem, is painfully cookie-cutter in its construction. And with The Batman getting messed around so much, there's little hope left for fans but more of this same vaguely entertaining but distinctly average output. It's still annoyingly a must-see, but frustratingly so, which is a shame because, as is becoming the common tagline for most DC output, it just should have been so much better.