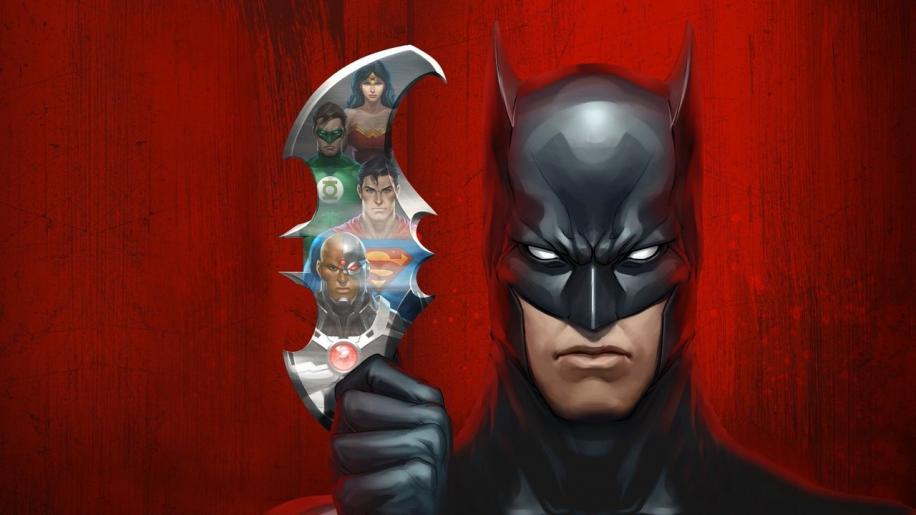 I’ve said it before and I’ll say it again – Batman is the coolest of all the DC superheroes.

He’s the only member of the Justice League who has no special powers; no super-speed, super-strength, power rings or magic lassos, and yet he never waits for backup, never asks for assistance, and faces even the toughest super-foe with courage and absolute resolve. It’s his wits and his intellect that save the day, along with his ability to improvise and innovate, and his highly refined skills.

In comic book history he’s faced some of the toughest supervillains, and even gone toe-to-toe against arguably the most powerful superhero, the Man of Steel himself, who once described him as “the most dangerous man on Earth.” He’s not wrong. If Batman ever crossed that fine line that he frequently walks, he would give Lex Luthor a run for his money for the title of the greatest supervillain.

How would Batman possibly stand a chance against Superman? Well I'll give you two words: Cunning and Kryptonite. Hell, in Frank “Sin City” Miller’s The Dark Knight Returns, even a retired OAP Batman could still take down the Man of Steel.

I don’t think I’ve ever read a story where Batman goes bad, but in the 4-part JLA comic book Tower of Babel we got the next best thing, and now the latest DC Universe Animated Original Movie adaptation brings it to life on the small screen.

Doom sees a group of supervillains brought together by the immortal Vandal Savage with a view to taking down each and every member of the Justice League. Their plan involves splitting them up and confronting them separately, and using their weaknesses to destroy them. Superman’s age-old enemy, the Kryptonite-powered Metallo; Martian Manhunter’s evil twin-brother Ma’alefa’ek; Wonder Woman’s archenemy Cheetah; Flash’s nemesis Mirror Master; and the Green Lantern’s villainous ex-girlfriend Star Sapphire – they all have personal stakes in the plan, and, separately, they have all failed in one-on-one fights. But together, using Vandal Savage’s master scheme, they have their greatest opportunity to succeed. And it’s all thanks to... Batman.

Justice League: Doom is, without a doubt, one of the best DC Universe Animated Original Movies that has been released thus far. It’s the 13th title in their series, which is unlucky for some, but which wins out against the odds with a superb effort that tops even the best entries that have come before it: from the epic-but-ultimately-insubstantial flagship Superman: Doomsday to the Superman/Batman adaptations Public Enemies and the far superior Apocalypse; from the game-changing All-Star Superman to the highly anticipated but not wholly satisfying interpretation of Frank Miller’s seminal Batman: Year One. If it wasn’t for the fact that Frank Miller’s The Dark Knight Returns (commonly regarded as one of the all-time greatest Batman stories every written) is on the upcoming project slate, pipped for a two-part adaptation, I would have put Justice League: Doom forward as a chapter which would likely never be bested.

Of course fans of the original Tower of Babel comic book series will probably be immediately put off by the rather random name change. I can’t blame them – and it’s by far the least significant change made during the transition from book to screen. Originally the mastermind behind the plan to take down the Justice League was not the comparatively obscure Vandal Savage, but actually none other than Ra’s al Ghul – who Liam Neeson brought to life in Batman Begins (and fans are itching to find out whether he’s back in The Dark Knight Rises) – the seemingly immortal nemesis of Batman. Now I have no idea why they changed the characters around; I assumed it was to do with copyright, or because they did not want to introduce a character into this animated adaptation just a few months prior to Nolan’s highly anticipated closing chapter, but, if those were the reasons, then why would they also inject the character of Bane into the mix? Bane was never in Tower of Babel and, if anything, since he is the lead villain in The Dark Knight Rises, having his presence here would surely confuse audiences far worse than having Ra’s on board?

It’s difficult to understand why many of the changes were made – and there are plenty more details which have been changed too, including how several of the Justice League are taken down – but, thankfully, it does not hurt the essence and drive behind the overall story. This isn’t just the tale of another mastermind plan to tear apart the Justice League; this is the story of one of the most surprising betrayals from within.

The characterisation is superb, with many of the fan favourite voice-cast reprising their roles from their respective animated series’. Each and every one of the ‘League are given time to breathe and be themselves, and even their opponents are fleshed out beyond the norm, leaving the confrontations having tangible weight, and the consequences being veritably serious. The team members aren’t just ambushed, they are decimated, and you feel for them as they fall.

Of course this wouldn’t be a DC Universe (or a comic book superhero tale for that matter) without a bucket-load of action, and Justice League: Doom excels at not only developing good characters and a great story, but also packing it with wall-to-wall action. There’s literally no time wasted right from the off, with the ‘League, spearheaded by an “I can do this by myself” Batman, taking on the Royal Flush gang. And this isn’t just a throwaway prologue to kick-start the proceedings with some action – it actually ties into the main story thread. Pretty soon we’re into the meat of things, introduced to the supervillains – kept in the dark about the specifics of their plan – and then we get to see the heroes meet their fate, one by one. Unsurprisingly there is a grander scheme behind it all, and it’s one which threatens to be more than even the entire league can abate.

The great thing about this DCU movie is that it rolls a whole bunch of excellent story threads into one – each individual hero gets his own epic battle, yet with this particular plot we get to see half a dozen heroes face their ultimate fears.

Fans would not be wrong in thinking that this grandstanding multi-faceted plot could have done with being told in a more complete form, perhaps more observant of the specifics of the original comic story, over the course of a double-episode (as they are planning with The Dark Knight Returns); they could have stuck to using Ra’s al Ghul, kept all of the characters intact, and maintained the details of how they were each taken down. But the essence of what made it a great story is still here – all the important elements are present and accounted for, and we get a single, streamlined, action-packed, 80-odd minute movie rather than two stretched-out chapters.

And, at the end of the day, you get to fully understand why Superman would regard Batman as the most dangerous man on Earth. Everybody else has superpowers, but Batman doesn’t need them – instead he just sees everybody’s weaknesses: it’s what makes him both their greatest ally and their worst nightmare.