Is it time to stop giving DC your money? 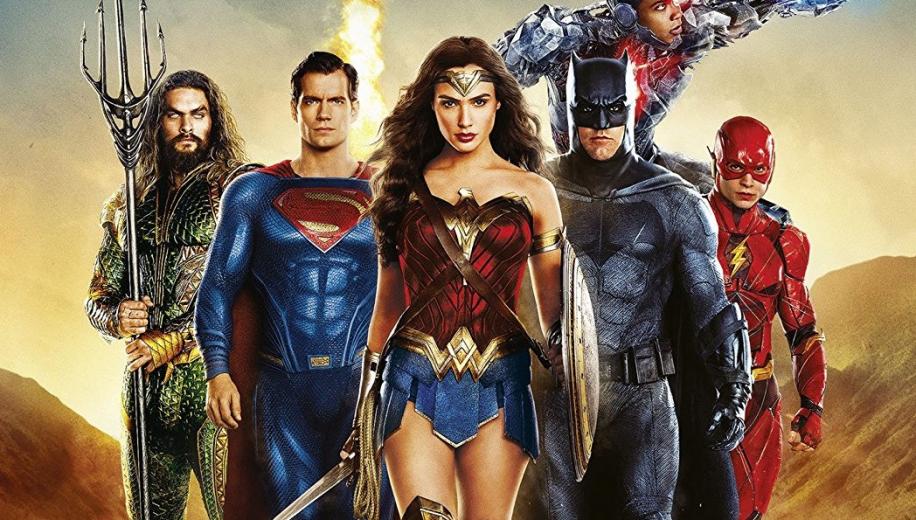 The road to Justice League has been a messy one, but there's no denying that it was a hell of a thing to finally get to see Batman and Superman in a movie together, and an even bigger milestone to see the whole League together (Martian Manhunter notwithstanding). After the tragedy that pulled Snyder away from this ensemble epic (which he's been building towards across Man of Steel and Batman vs. Superman), Avengers frontrunner Joss Whedon swooped in to finish the work, and the repurposed end result is a hell of a mess, taking too long getting going, making too many botched introductions, and failing to propel itself into the mighty team-up epic it so needed to be.
And it's not like the return of Superman (with Henry Cavill's moustache badly CG'd off) is much of a surprise: even that portentous tremor at the end of Batman vs. Superman telegraphed he wasn't dead (another plot hole now), so Justice League spends far too long building to something that we all already know is coming. The kinks should have been ironed out a film or two before reaching the all-star team-up, leaving little surprise in the way in which the first half of this movie plays out, and little threat rising to give tension to the second half. Clearly the mismatch of Snyder and Whedon resulted in with the worst of both worlds, with many hoping the former's original cut will one day surface to save the day. Justice League comes together on Ultra HD Blu-ray with a largely impressive video presentation. Whilst it stems from a 2K Digital Intermediate which ultimately prevents us from fully appreciating the higher resolution source footage, it still makes for a strong 2160p presentation nonetheless, framed in the movie's original theatrical aspect ratio of 1.78:1 widescreen, a departure from the 2.40:1 framing of Snyder's preceding chapters. The disc uses 10-bit video depth, a Wider Colour Gamut (WCG) and High Dynamic Range (HDR), as well as Dolby Vision, and is encoded using the HEVC (H.265) codec. We reviewed the Ultra HD Blu-ray release of Justice League on a Samsung UE55KS8000 Ultra HD TV and a Samsung UBD-K8500 Ultra HD Blu-ray player.

Unlike its predecessors, Justice League is a much more conventionally comic-book escapade, filling the screen (quite literally, given the aspect ratio) with colourful CG images, and largely eschewing the more gritty tone that was previously established in Man of Steel and maintained in Batman vs. Superman. That's not to say that it doesn't have its fair share of darker sequences as a holdover from Snyder's first cut, but Whedon's vision not only involves newly shot scenes but arguably a different look for the whole affair, brightening it and bringing it out of the shadows, which may not have necessarily been the original intention and doesn't always work. That said, it largely allows for a more striking video presentation, particularly with HDR and WCG making the characters, objects and image pop impressively; it's just a shame that there's a lack of consistency to the presentation.


Even if the material isn't quite up to scratch, the presentation is pretty damn good

No complaints about the detail, however, which laps up the skin textures, strands of hair and intricacies of the costumes (indeed, one might question whether or not - for example - Batman's costume was ever intended to be seen in this level of bright detail, and was instead designed to organically creep out of the shadows like it did in Batman vs. Superman). There's tangible texture to the characters, objects and setting, at least whilst its real, with the more CG-derived elements standing out a little more under the 4K spotlight (somewhat unbelievably, moustache-gate is even more distracting), but that's only par for the course with many modern titles released on Ultra HD Blu-ray. There is also a degree of grain, although it does vary from scene to scene. This might be the result of Whedon's reshoots and the opening rooftop scene is clearly a Snyder sequence with plenty of shadows and some grain. Whilst other scenes are bright and very clean, suggesting they are the work of Whedon.

From Cyborg's red eye to the glow of Wonder Woman's lasso, to Superman's heat vision and Flash's electric blur, there's plenty of HDR and WCG pop on offer, and comparison with the standard Blu-ray counterpart leaves it in the dust. Even if the material isn't quite up to scratch, the presentation is pretty damn good. Justice League's Ultra HD Blu-ray release also offers up immersive audio in the form of an object-based Dolby Atmos track founded upon an already impressive Dolby TrueHD 7.1 core, which brings the whole explosive ensemble affair to life with aplomb. It's a dynamic mix, which doesn't appear to have any of that lack of intensity which has caused some furore for Disney's releases, going for the gut with a salvo of music-track-backed, CG horde-pounding, superhero team-up setpieces that make for impressive demo material.


A glorious symphony of bombastic brilliance

Dialogue is clear and coherent throughout, from the witty banter which doesn't always land, to the gruff growls, getting priority in the proceedings, at least whilst the action is still simmering. There are some well-chosen song tracks and Burton mainstay Danny Elfman offers up a nice, albeit slightly limited (which was arguably the point) nod to his classic Batman theme, whilst giving the overall proceedings a score that tries its hardest to avoid being dismissed as generic and derivative as the paint-by-numbers film itself, and that gifts the soundscape a more engulfing vibe. The action scenes are standout, with excellent surround usage; the superpowers, futuristic weapons, tech and vehicles, and 100% destructible set all coming together into a glorious symphony of bombastic brilliance. It's not enough to save the movie, but it remains a highlight. Given the colourful production history associated with this messy project, it's a little disappointing that the extras are distinctly limited. It's unsurprising to find that nothing is ported over to the Ultra HD Blu-ray disc itself, but even those that adorn the accompanying Blu-ray are limited to just two brief Deleted Scenes and a handful of light Featurettes. Sure, there's plenty that could make for a double-dip edition - two cuts of the film (the Whedon theatrical cut and Snyder alternative cut), along with two accompanying Audio Commentary tracks, a fleshed-out making-of Documentary looking at the entire sordid production history, and perhaps even a Deleted Scenes montage/dissection which looks at the alternative scenes and arcs that distinguish the cuts. But there's every chance that none of those will see the light of day and, at the very least, their release would mean fans would have to double-dip on a film that not everybody may be comfortable forking out premium prices for in the first place.


Given the colourful production history, it's a little disappointing that the extras are distinctly limited

What we do get is an extra entitled The Return of Superman, which offers up two short alternate scenes re-introducing the ostensibly KIA team player, and a series of Featurettes. Road to Justice spends a quarter of an hour looking at the colourful history of the League, Hearts of Justice spends almost as long with the holy trinity, and The New Heroes offers an equal amount of time to the new recruits, whilst Steppenwolf the Conqueror is a short 3 minute addendum looking at the villain. Technology of the Justice League looks at the tech for 8 minutes, Suit Up: The Look of the League spends 10 minutes on the costumes, and we get a quarter of an hour dedicated to a quartet of key sequences in Scene Studies. Clearly the mismatch of Snyder and Whedon resulted in the worst of both worlds, with many hoping the former's original cut will one day surface to save the day

Whedon's Justice League fails to either continue the already flawed but nonetheless pleasantly gritty style of Snyder's preceding chapters, or deliver it's own well-earned ensemble superhero epic. Perhaps, though, that's also because it has not been earned at all. It remains arguably one of the only $300 Million movies where you're likely to find actors struggling with their lines, stories that don't make any sense, villains with no sense of threat, and some truly terrible take-you-out-of-the-movie CG. Even Bay's Transformers franchise, at it's lowest point, has never managed to hit all of those. DC are going to have to seriously re-think their strategy, because this way is neither getting them the Marvel Box Office they are so desperately trying for, nor delivering anything close to the movies these characters deserved.

For many, the landmark event of bringing the Justice League to the Big Screen should have blasted the Avengers out of the water, so it comes as quite a shock to find it instead being a film that people may not even bother adding to their collection. At least the 4K Ultra HD Blu-ray video and audio will soften the blow somewhat if you still chose to pick this up, although the limited extras telegraph a potential double dip which may better deserve your money.