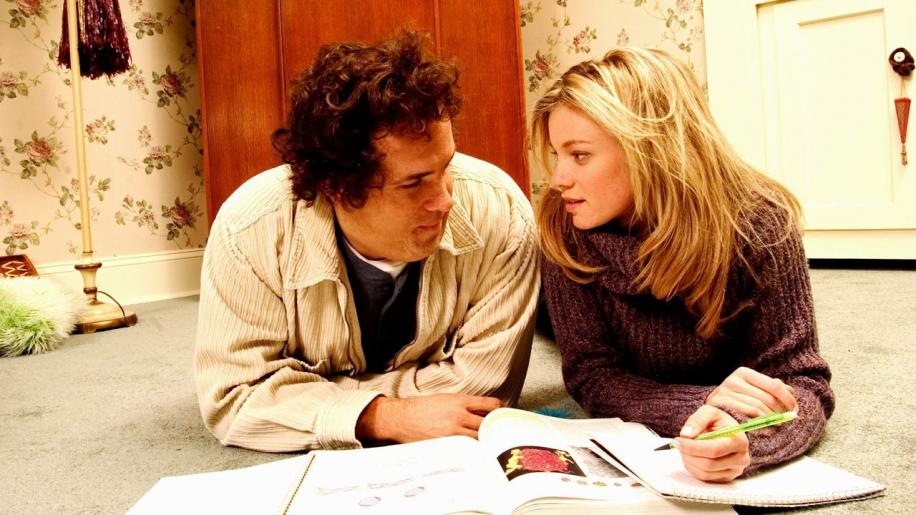 The film has been given a theatrically correct 1.85:1 aspect picture anamorphically enhanced for widescreen TVs. It is here that I found the silver lining because the picture is bright and detailed. Colours are vivid and strong without bleed or wash, detail level is strong holding edges well into the distance with only marginal softening in places. Brightness and contrast are set to give deep blacks but the film has no need for them. Digitally there was no compression problems, though I spotted smattering of edge enhance here and there. The print was clean without any original damage and grain was limited to one or two scenes. In all a very good picture. And back to the cloud again. Two English Dolby Digital sound tracks to choose from, a 5.1 and a 2.0 surround. The 5.1 track is centred purely and simply at the front, with the main separation there, rears came into play perhaps twice, and one of those was the 'Forgiveness' song played at the end credits; actually sounded pretty good, also had the most bass action too. It comes to something when the best part of the film is the last song at the end of the credits, no? Anyway for the rest of the film the range is middle top with hardly any bass action at all. Ambience is pretty non existent save a crowd scene where Samantha is trying out her new song. A little left right separation is the best you can expect from this very lacklustre sound track. The 2.0 surround is equally as flat. A very poor effort for such a modern film, even if that film is not action heavy. First up there is an audio commentary with director Roger Kumble, writer Adam "Tex" Davis, producer Chris Bender, co-producer Jake Weiner, and executive producers Richard Brener and Cale Boyter. The group have an obvious rapport and the commentary is rather comical (more so than the film) as they regale funny stories from the set. Not too much technical information given, few pauses and little over talking, in all quite a good listen.

Next up is a three minute blooper reel, as unfunny as the film, except Faris and the toothpaste part.

There are six deleted/alternate scenes, playable individually or all together with or without audio commentary from Kumble, Davis and Bender. Two of the scenes have behind-the-scenes featurettes branching off from them, also includes an alternative (original) ending plus a cameo from Alanis Morrissette.

Next up are a series of featurette with such titles as 'tales from the friend zone' or 'directors guide to comedy', each are watchable individually or all together for a considerable run time of nearly an hour. Essentially a 'making of' with aspects covered including filming, re-shoots and makeup.

Finally there is a mock video for the 'Jamie Smiles' song.

Rounding up the disc is the near obligatory trailers for this and other releases form New Line. I can find very little to recommend about the film, I found it beyond boring. As a DVD set New Line have put together a fairly decent package, a good picture is not enough to out shine a poor soundtrack, but the extras are plentiful and informative.