Build your own dinosaur-filled theme parks, then panic when it inevitably all goes wrong and your guests become dinner for your prehistoric attractions 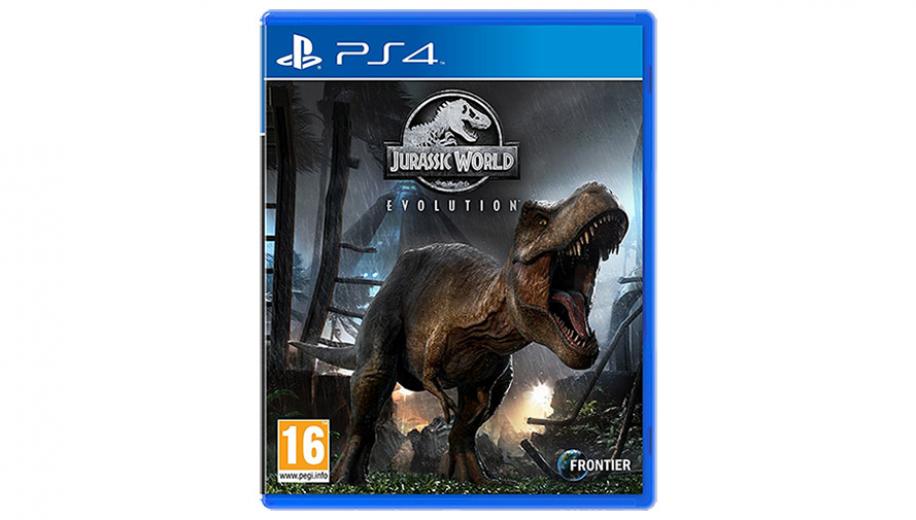 Anything you can do...

Dinosaurs were fascinating long before Jurassic Park hit theatre screens back in 1993, but the cutting edge special effects brought these incredible creatures to life to a degree that blew pictures in reference books and plastic models we were used to out of the water. For the first time, we saw believable appearances and lifelike movement as Spielberg's movie adaptation of the Michael Crichton novel of the same name blew the world away and kickstarted a new wave of dinomania which hasn't died down to this day. Growing up with these lovingly recreated denizens of the past around us in media of all kinds, more and more of us have dreamed of creating our own dinosaur parks like those seen in the movies. Players of a certain age were offered such a chance by the fantastic Jurassic Park: Operation Genesis back in the PS2 era, but only with today's tech can we really create attractions that look even close to as impressive as their big-screen counterparts. Welcome... to Jurassic World Evolution.

The set-up for the game is simple as can be: take over management duty on a number of new tropical island sites to create dinosaur-filled parks that bring in enough punters to turn a tidy profit. You're extremely limited in terms of options in the early game, with just a handful of facilities and species available to you until you can make enough money and pour it back into research. For facilities, this works as in any other park management game you might have played – choose a project from a list of those available, assign your team and resources, then wait a bit and you'll be able to build it. Dinosaurs work a little differently, but a lot like they did in Operation Genesis. For these, you need to send out dig teams to sites around the world to bring back fossils to slowly rebuild each species' DNA data. Hit a certain threshold and you can try to introduce them into your park with a pretty low chance of success (and failure can hit you extremely hard in the wallet, especially with more impressive creatures), but further expeditions will add to your data until success rate is maxed out, which is a much safer option for your bank balance and sanity.


Bringing dinosaurs back to life can take a pretty long time. The trouble is, just like so many other things in Jurassic World Evolution, reaching the point where you can successfully bring dinosaurs back to life can take a pretty long time. Dig sites are limited by progress through the campaign, and between grabbing enough DNA to revive new species and just waiting for them to (hopefully) hatch, there's a lot of thumb-twiddling and usually not a great deal going on elsewhere. The pace picks up a lot as parks get bigger and your options open up through progress, it must be said, and large parks demand a lot more hands-on attention resulting in way less downtime. Whether it's sabotage attempts to deal with, disease outbreaks, tropical storms or escaped dinosaurs, there's usually something happening once you hit the tougher islands, and it usually isn't good news if you're not quick to react to it. Park staff are kind enough to let you, the player, dictate their every move, so you need to queue up their actions in order of priority. Alternatively (and more interestingly), you can elect to take direct control of these units, cruising the park from the ground to make crucial repairs, take dino pics to make a quick buck, and heal sick or injured dinosaurs, or taking to the air in a chopper to tranquilise wayward creatures or those you want to move around. It's a good thing too, since AI on these units isn't always the best and they sometimes get stuck and can't find a route to their destination (that, and the snipers are terrible shots), so getting hands-on is usually the quicker and better option.


The pace picks up a lot as parks get bigger.

In addition to the usual moment-to-moment tasks, you also have three factions to try and keep sweet – the science division who prioritise research and development, the security team who keep your guests safe, and the entertainment department who look to ensure a good time for visitors. For whatever reason, these three teams seem to hate one another and progress with one tends to reduce affinity with one or both of the others, leading to some overly long-winded progress towards unlocks as you really have to focus on one side to help out at a time. This is achieved by completing random missions that can be picked up every minute or so, which is quick enough that you can afford to ditch ones that don't line up with the way your park is developing. Frustratingly, the same isn't true of the special missions, which unlock on each island once faction rep hits a certain threshold. These present some rather taxing tasks that might mean you have to rework large areas of your park to get them done, which can be anything from exhibiting certain creatures under certain conditions to accepting sick dinos from another site and treating them before they can make your entire park sick. The unlocks make further progress easier so these are always worth taking on – they can just take quite a lot of work if your vision of the park isn't in line with the directors' special requests. One thing your natural history books might not tell you is that dinosaurs are incredibly picky. Each has its own wants and needs in terms of its surroundings, which would be easier to manage if the game was a little more upfront with this information – it's all well and good that a species might only like being with small groups or may demand specific company or habitats, but not being told this until the egg hatches and they're already in the pen can present some issues that aren't always easy to fix quickly. Their AI also seems to be tied to what they can currently see, so you might find that creatures in larger pens complain about a lack of vegetation simply because they're too far away from a forest or not looking directly at it, which can lead to unexpected tantrums and escapes. Which, in turn, triggers further issues with the social requirements – pack-based dinos will all start to panic if one of their number wanders off and they fall below their comfort threshold, potentially causing the problem to snowball if not checked quickly enough.


Park staff are kind enough to let you dictate their every move.

There's no doubting that the game looks the part, though. There's a certain thrill to seeing a dino you've been waiting ages for finally come stomping into the enclosure from the lab, and they all look amazing. On top of that, Jeff Goldblum's involvement and the iconic score really sells the game as an authentic Jurassic Park experience, and fans will surely love being able to head to Isla Nublar themselves to try and succeed where everyone before them failed. Despite its name, it's not really enough of an evolution over Operation Genesis or Frontier's other park-building games to warrant a universal recommendation. But if you're the kind of person that gets a bit giddy when that music starts playing – or if you just really love dinosaurs – Jurassic World Evolution will have you hooked from the moment you release your first 150-million-year-old health and safety hazard. There's no doubting that the game looks the part.

It might be fairly safe and limited in comparison to the biggest and best park-building games of all time, but the entertaining (if a little slow) gameplay loop, fantastic visuals, and well-handled connection to the movie series do a lot to help Jurassic World Evolution stand out all the same.

There are some strange omissions that we'd love to see remedied with expansions or DLC – only land-based dinos are included, for instance, and the game could certainly afford to let players get a little more involved with the general running and upkeep of their parks – but we defy anyone to hold back a beaming grin of pure child-like excitement when they release a T-rex into their park for the first time.