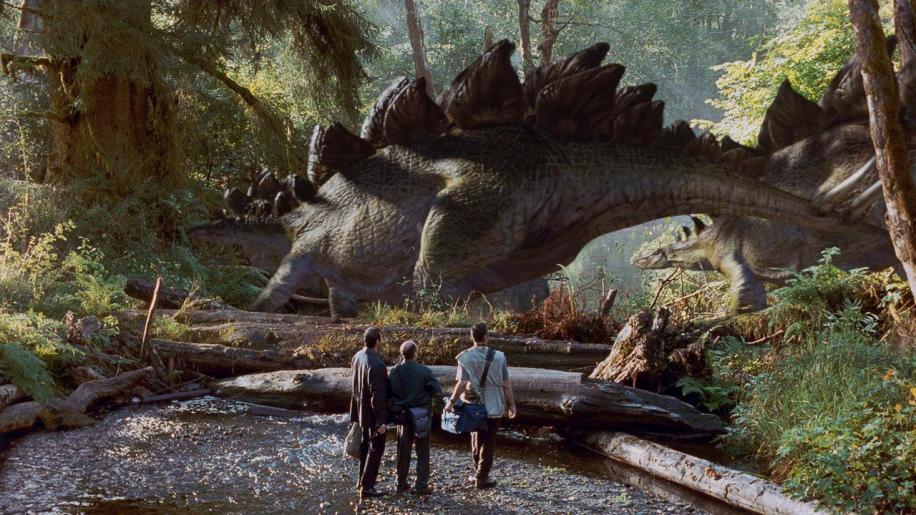 Neither film's superlative anamorphic 1.85:1 transfer ever shows even the smallest trace of grain or encoding difficulties, regardless of the amount of action or night photography. Unsurprisingly, both discs feature explosive Dolby Digital 5.1 mixes. The first sequences you'll check out will be Jurassic Park's T-Rex attack. A quick skip to Chapter 11 and the beast's approaching footsteps will have your neighbours convinced they're in the middle of an earthquake. Jurassic Park features a 50min Making Of... doc, footage of early pre-production meetings, storyboards, raw footage from the location scouting, Phil Tippet's original stop-motion test, a look at the work of the foley artists, and a production photo gallery.
The Lost World boasts a 53min Making Of... doc, deleted scenes, storyboards, illustrations & concept drawings, production photos, photos of the dinosaur models, and a featurette about the CGI work done by ILM.
In addition, both discs include a Dinosaur Encyclopaedia focusing on creatures from the appropriate film, production notes, trailers for Jurassic Park, The Lost World & a teaser for Jurassic Park 3, cast & crew bios, and DVD-ROM material, all tied together by wonderful animated menu screens. All that's really missing are commentary tracks from the cast and filmmakers.