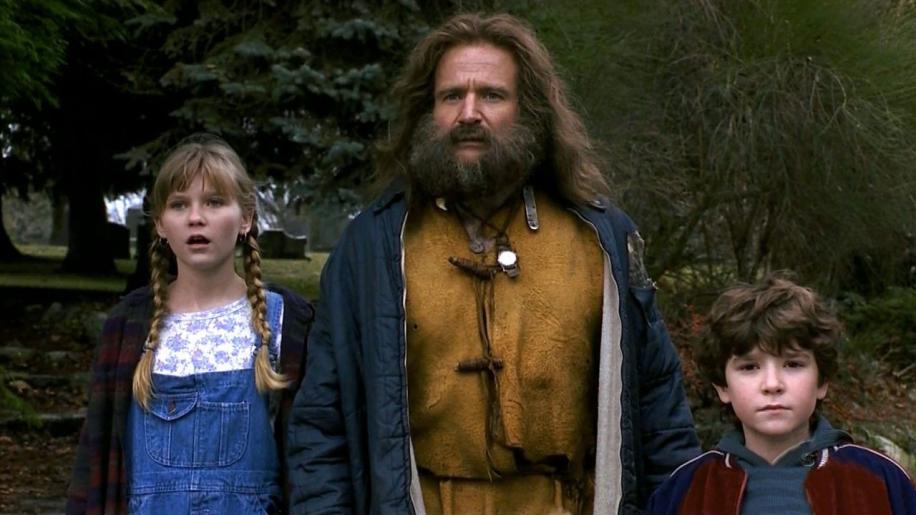 Although the blurb on the packaging proudly boasts 'Mastered in High Definition', the results on DVD are somewhat underwhelming. Presented in Anamorphic 1.85:1 print, the transfer is a mixed bag. Colours are even (if slightly muted) and blacks and skin tones are more than acceptable. The transfer does however suffer from being overly soft on occasion, and there is some noticeable artifacing and pixilation present, especially in soft focus mise-en-scene. In some scenes the print looks pretty battered for what is not too old a movie, and there is some medium to light print damage which is especially noticeable when contrasting against light colours on screen. On the plus side it's not an absolute disaster, perhaps this is all that could be done with the source materials at hand. Totally watchable, but far from astounding. Thankfully the 5.1 channel audio is a big improvement on the average transfer. Sound is wonderfully rich and even, and generously distributed through the speakers. With this being a crash-bang event movie, a solid muscular audio track is essential and this doesn't disappoint. Dialogue is nicely balanced and clear, and the effects and soundtrack give the rears a solid workout creating an impressive expansive sound. The wide varieties of animal noises really come to life here in crisp and striking form. The LFE channel is given a strong and suitably deep outing in keeping with the requirements of the movie. Very impressive. Although there is an impressive wealth of additional features here, it is worth noting that nearly all the extras were present and correct on 'Jumanji's' previous incarnation, 2000's Collector's Edition (and on one disc). This new addition bulks the package onto two discs, with disc two comprising entirely of previously released supplements. The main attraction of disc one is a feature commentary from the special effects crew. Although certainly full of interesting technical information, the commentary is a bit of a hard slog. There is certainly no denying the enthusiasm and skills of those involved, but unfortunately the lack of any dedicated showmen means the resulting track is somewhat uninvolving. Padding out this first disc are the only new supplements of this release, some superfluous preview trailers ('Zathura' being there, who'd have guessed it?), and three additional children's interactive games. These may entertain the sprogs, but I found them somewhat unwatchable, being voiced over by a Troy Maclure-a-like who you would generally find slumming it as a presenter on World's Drunkest Car Chases on a minor cable channel at 4am. Disc Two is split into three submenus; 'Documentary and Featurettes', 'Storyboards' and 'Photo Galleries'. The bulkiest is the documentary section, containing three features, the first of which is entitled 'Making Jumanji: The Realm of Imagination'. At about 20mins long, this is comprised mostly of press interviews, behind the scenes, and clips from the film. It's more of a generic promotional exercise than anything in depth, and isn't the most engaging of extras. Following in its footsteps is 'SFX Featurette: Lions, Monkeys and Pods... Oh My!', which is a more technically minded exploration of the effects used in the movie. More interesting than the first documentary this runs at 15mins. Rounding off this section is 'Production Design: Bringing Down the House', which is an all too brief (3mins) look at the house where the bulk of the movie takes place. The 'Storyboard' section contains three storyboards side by side with the running film for comparison. Each of the three focuses on a set piece from the movie, 'Bats', 'Rhino Stampede' and 'Earthquake'. They run for 60-90 seconds each and are interesting for a browse, but not exactly essential viewing. Rounding off the package is the perennial padding that is the photo gallery section. To their credit they are as extensive as I can remember for photo galleries, there is a wealth of viewing here if photos are your bag, ranging from conceptual logo design to on-set photos and behind the scenes technical stills. All in all a respectable quota of extra's here. But in fairness there is obviously quality over quantity on offer. Although there's certainly a great deal of supplemental info here, how much of it is really of any substance and depth is debateable. If you added the running times together for this whole thing, they would struggle to reach the hour mark, which for so many varying extras is a tad disappointing. It's certainly a great way to keep the brats occupied for a couple of hours, and if you're in the mood for a bit of undemanding entertainment in a lazy bank holiday afternoon kind of way, you could do a lot worse. Probably not worth the upgrade from the Collector's Edition (unless you are a rampant Williams fan, and I'm not sure they exist outside of padded cells), but if uninitiated this is a fairly comprehensive and certainly great value set.