"I'm only Judy Garland for an hour a night." 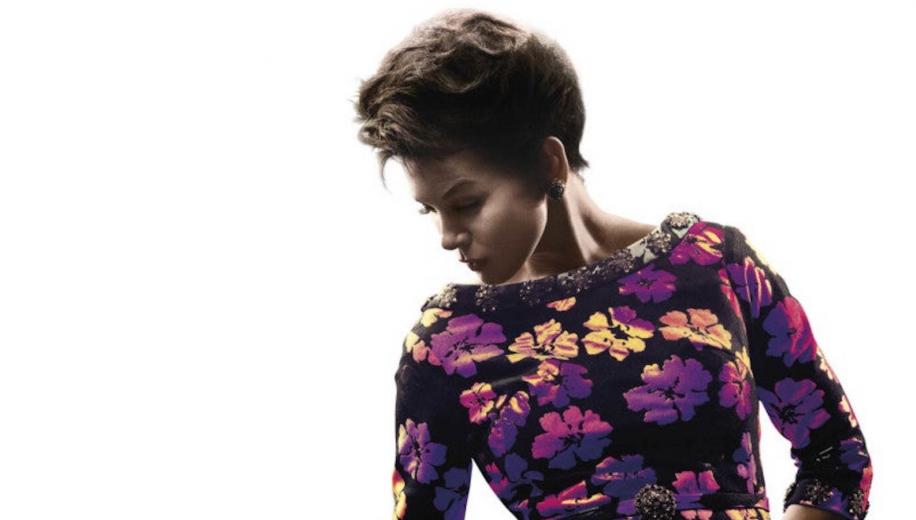 Actors appear to find some of their best work playing older icons - Blanchett as Elizabeth, Phoenix as Johnny Cash, Freeman as Mandela, or Day-Lewis as Lincoln, to name but a few. Indeed, these days they practically leave no stone unturned when it comes to subject matter, wielding at times quite special performances as a result of some surprising choices: Margot Robbie's I, Tonya is superb, and Annette Bening impressed in Film Stars Don't Die in Liverpool. These are opportunities for actors and actresses young and old to shine, even if the very notion of a star's best performances been derived from playing another star is a little bit... well, ironic.

Judy Garland is the latest choice to make a feature film about, although the movie itself is actually adapted from the award-winning stage play about the later years of her life, and is basically a showcase for a strong lead performance in a tale of the pill-popping star in her twilight years, struggling to make enough money to survive, and still living with the echoes of an extremely oppressive childhood.


Judy will draw you in for an unrecognisable performance from Zellweger

Taking a little time to get going, the two hour Judy will eventually draw you in for an occasionally utterly unrecognisable performance from Zellweger, who - not always, but for the most part - manages to jettison the Bridget Jones-isms that have been indelibly associated with her image, and instead inhabit this troubled character.

It's not surprising that the performance has earned her some awards attention, although curiously the feature is on an extremely familiar path when following her spiral down the plughole, and is infinitely more interesting during the flashbacks to the child Judy, on the set of Wizard and beyond, where we discover the real wicked witch of the west in her life: her own mother. The oppressive way she was treated - emotionally and physically abused and given different pills daily: one to staunch her appetite, one to keep her going during the long hours on set, and one to go to sleep at the end of it all - is shocking, and it's unfortunate that these brief snapshots are where the real horror unfolds, obviously informing her current situation, but also giving the most style and dark imagination to this production, and keenly juxtaposing the fairytale nightmare world she made her breakthrough in, whether we're going to call it Oz or Hollywood.

Steeped in period trappings, Judy manages to somehow blend the two traditionally juxtaposing ideas of modern sheen coupled with classical stylisation, affording softer edges, more moody lighting, and plenty of glitz and glamour when it comes to both the parties and, of course, the stage shows and performances. Detail is impressive throughout, picking up on the lines on Zellweger's face and neck; the cracks in the veneer, as well as the background flourishes and textures on show. The colour scheme enjoys the period look, popping with some vibrant, lavish highlights, and residing on a strong backdrop of solid and rich blacks that afford excellent shadow detail. It's an unlikely demo candidate and an impressive presentation.

The Atmos enhancement is a nice touch
Pathé go the extra mile for the Blu-ray release, affording it a somewhat surprising High Definition 3D object-based immersive audio track in the form of Dolby Atmos, which doesn't always have a huge amount to play with, but definitely lends that extra engulfing edge to the live performances and shows. Dialogue remains well prioritised throughout and whilst effects are largely incidental, hardly setting the surrounds on fire, the music and songs arguably define the movie and thus the track, given resonant reproduction here. It's hardly reference, and arguably not quite demo, but the Atmos enhancement is a nice touch nonetheless.

Pathé release Judy in the UK, which - unsurprisingly - means a different set of extras to the US Lionsgate release. However, at least in this case, the UK wins out, trumping the limited and short features on the US disc.


Whilst hardly comprehensive, it's a nice selection

Here we get two Fearuettes - a Behind the Scenes piece as well as a look at Zellweger becoming Judy Garland - and a few Deleted Scenes, and whilst it's hardly comprehensive, its a nice selection nonetheless.