Journey to the Centre of the Earth Movie Review 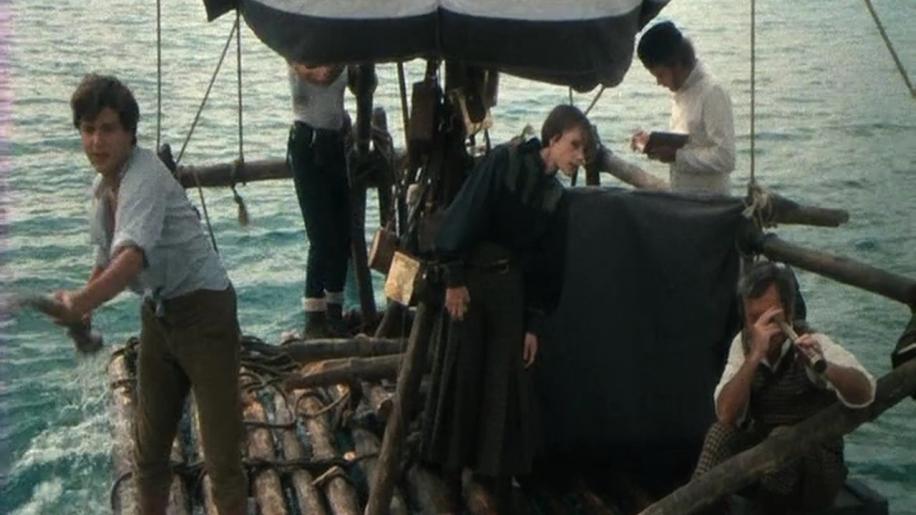 Journey to the Centre of the Earth Movie (1977)

I have fond memories of all those old Doug McClure adventure movies where he journeys to far-away imaginary lands where dinosaurs and monsters roam, breathing fire and causing mayhem amongst an undeveloped barbarian race in an Eden-esque environment. So when I heard about the opportunity to review Journey to the Centre of the Earth, I naturally assumed that it would make me reminisce back to childhood days.

Unfortunately I don't think I have ever seen this version of Journey, which was made in 1976. It is not the first version of Jules Vernes' classic tale (ranking alongside 20,000 Leagues' as one of his best novels) that was made, as is apparent from the opening montage of the various incarnations, on stage and screen, that have been produced over the years, but it is probably one of the more famous versions.

It's 1898 and we find ourselves in Hamburg, where we meet a certain Professor Lidenbrock (Kenneth More). After coming across a strange manuscript which maps out the location of an idyllic place which is at the very centre of the Earth, he calls a meeting with all of the prominent experts in the field to discuss a possible expedition. Naturally there are plenty of (correctly-thinking) individuals there who proffer their own theories about what is at the centre of the Earth - gas, molten lava etc. etc. but Lidenbrock is adamant that there is much more to be discovered and so pushes for a mission which he will lead himself.

Taking along with him his niece Glauben and her fiancée Axel, as well as another Professor - Fredrikson - and a guide, Hans, they make the long trip by train, boat and on foot to the position marked on the map. There they lower themselves, via rope ladder, into a crater and proceed to walk - yes, walk (and near-horizontally) - through a cavern that purportedly takes them to the centre of the earth. Once there they find a huge ocean, light from a mysterious source, various islands and, eventually, myriad beasts that include sea monsters (a la Godzilla), giant turtles and something remarkably similar to King Kong.

This particular interpretation of Journey to the Centre of the Earth has dated extremely badly, not just because of the many superior effects-blockbusters that we have seen since (culminating in Spielberg's glorious War of the Worlds) but also because even the older eighties adventures (normally with Doug McClure, although the Sinbad movies are just as good) seem almost classics in comparison. Here we get wooden acting (despite Kenneth More's best efforts), terrible out-of-synch dubbing (because the movie was shot in Spain with lots of Spanish cast members) and awful plastic toy monsters. I am quite happy to tolerate a preposterous story if it has something visually opulent to offer but this had nothing.