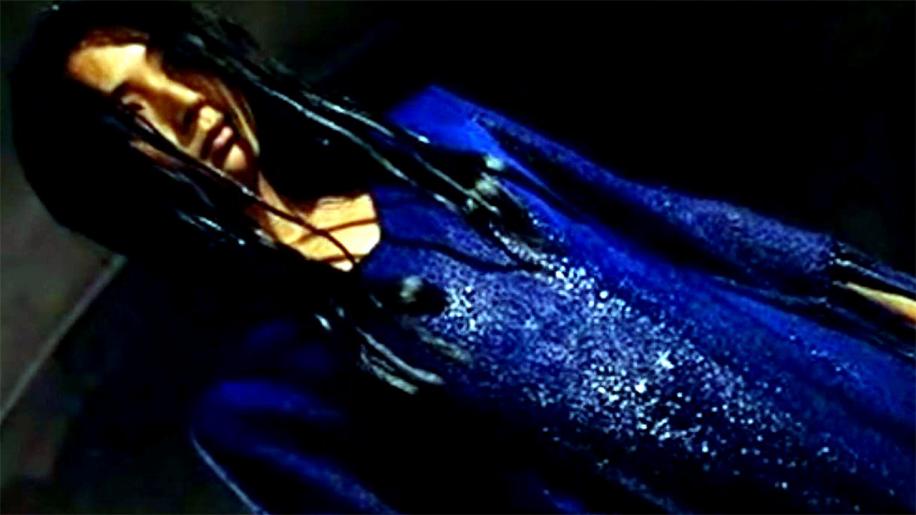 Almost two years ago Eureka released the final chapter of Shunya Ito's Scorpion: Female Prisoner revenge trilogy. But, because of its popularity it refused to die with just those three instalments; Yasuharu Hasebe continued the saga with Grudge Song, although, after that ill fated attempt, Meiko Kaji (Nami Matsushita or Matsu the Scorpion) left the franchise entirely. The films continued to some degree but never found the same favour that they had in those halcyon days of the early Seventies when exploitation was rife.

We open with Nami Matsushima on the run from the brutal institution she has been incarcerated in. Certainly guilty of her crime, the real injustice was being set up by her lover and partner Sugimi (Matsuyagi Isao). Whilst in prison not only is she wronged by the debauched prison guards but also some of her fellow inmates. It transpires that her partner in crime, a bent copper, has connections on both the inside and out; he knows Matsushima is a liability, someone who could bring his whole world crashing down. He exacts his punishment from outside the prison walls, however no one reckoned for the vengeful desire she kept within her heart. As they say... Hell hath no greater fury that a woman scorned and Nami was so scorned both before and once entering her prison cell.

After her vengeful escapades in the previous instalment Nami is locked away in the bowels of the prison: her reward for attacking the guards, warden and those outside who she made fit to understand the level of her anger. Ultimately though she and some others manage to escape this medieval house of reformatory. On their escape they battle the guards, the one eyed warden and even themselves in their ultimate quest for freedom.

Nami is now on the run from the authorities. Evading capture by hacking off the arm of a policeman who handcuffs her, she flees into the city. Hiding out in what appears to be a cemetery, and now chewing on the hacked off arm. A local prostitute, Yuki (Yayoi Watanabe) looks upon her favourably and offers her sanctuary in her home in the local shanty town district. It transpires that Yuki is also caring for her severely mentally disadvantaged brother. Her brother has an insatiable appetite for sex and Yuki willingly submits to his advances. Seeing exploitation now on the outside Nami reverts back to her old ways exacting revenge on those who abuse the disadvantaged.


If you ever wondered where Mr Tarantino gets some of his ideas for say Kill Bill, his recent critically acclaimed but ill fated Grindhouse project, or in fact where Korean director Park Chan-wook thought of when completing his own revenge trilogy; well you need to go back a few years, back to the era of drive ins, double features and the genre of exploitation cinema. In the early seventies director Shunya Ito dipped his toes into this often overlooked cinematic gem. He began with a revenge trilogy, Sasori based on manga work by Toru Shinohara

This trilogy of films gets under the skin of Nami Matsushima, her repeated attempts at escape which only serve as an avenue for her seeking her revenge on the people who have shamed her in some previous way. After satisfying her desire to do so she willingly returns to prison, almost as a guardian angel, protector of the other exploited women still behind those prison bars. Kaji Meiko is superbly cast as the role of the haunted, ill fated prisoner, and although she starred in a fourth instalment after Ito's trilogy she had the good sense there and then to leave well alone and get out. It's time had passed and she was welcomed into a new franchise, Lady Snowblood, another series keeping revenge at the forefront but toning down the exploitation somewhat.

The Scorpion: Female Prisoner films are prime examples of the exploitation cinema kicking around in the early 70s and the Japanese gleefully jumped onto this sex and gore-fest bandwagon. It's cinema that's cheap, acting is never top of the list, production values are very low and the script will keep you on your toes for its sheer ludicrous nature or the tangents, which they all too often go off on. All three certainly have production issues, the acting and script though is beautifully put together with directorial and filming style. This style though was lost once Ito moved on and Hasebe took over the reins. In typical exploitation fashion it's always the women who are at the mercy of all those around them. Her accomplaces in the ill fated drug deal, the prison guards, the gang masters all exact their brutality on our polarised heroine. Yet all will find the vengeful angel contained within her. It is not only Nami though who is taken advantage of; throughout the series of films it is apparent than anyone in female form is ripe for this treatment and it is a testament to Ito who shows that this behaviour does have its consequences. Certainly some of the shots are voyeuristic and in the first instalment almost soft pornography. But the underlying message is one of female empowerment, not one of downtrodden abused sister.

It's easy to see where so many ideas have come from these humble beginnings. Tarantino has never been shy about the movies he uses as material and watching these movies we can certainly see where he was going with Kill Bill; the music if nothing else plainly gives it away. Of course he has continued his journey with both himself and Robert Rodriguez releasing Grindhouse. A pity then that the viewing public never really 'got it' and the studios decided to split the original into its component parts - Planet Terror and Death Proof.

Although these films may have low production values it doesn't for one moment imply that they have low ideas. The editing and filming style will keep you on the edge of your seat, suitably magnifying the emotions on display at the time. Direction is flawless. All the stories race along never once giving the viewer the time to pause for breath or retrospection. Acting is wonderfully sublime concentrating on facial actions, rarely are words used; certainly they are never wasted.

Often dreamy, definitely always brutal and raw this trilogy must be seen if you are to appreciate some of the work of current day directors. I'm so pleased that this trilogy is now available to buy in one easy boxed set; the two other films in the set round off Nami's character somewhat giving her depth and history. On its own Beast Stable came recommended, now that the trilogy has been completed the set itself comes highly recommended.