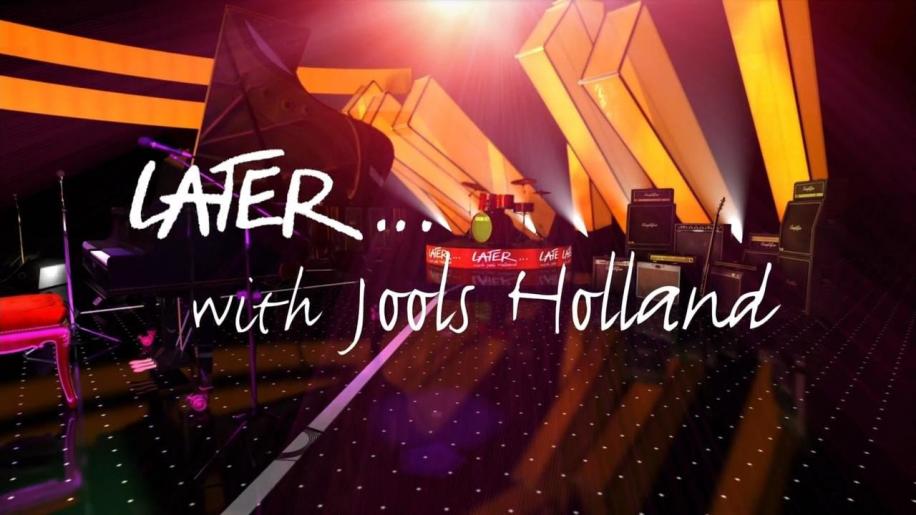 Sourced from the original studio video recordings, the picture quality on this release varies. The “Later” visual style may have changed over the years but the use of lighting and vivid colours hasn't, making the picture quality can and does appear a little noisy in parts, the long running time of the show (137 minutes on this dual layered DVD) adding to the challenge of compressing this already noisy material for DVD. On the whole the quality is more than acceptable, with extracts from the more recent shows looking the best and older shows looking less than pristine in parts. Colours sometimes get a little “fizzy” with dot crawl putting in an appearance in a few sections and there is the occasional instance of “banding” (especially when the BBC smoke machines put in an appearance). Presented in vanilla Dolby Digital 2.0 stereo, the audio on the tracks presented doesn't appear to have been remixed since transmission. Since the original shows went out in NICAM stereo anyway this isn't too much of a problem but I did notice that a few of the tracks sounded a little “thin” and I did have to tweak my amplifiers settings to re-introduce some bass back into the mix. One oddity that I noticed on this (admittedly preview version) DVD was that the music accompanying the animated menus was Linear PCM only. Since my amp doesn't auto switch between PCM and Dolby Digital this made me think the menus where silent until I loaded the disc on my PC to obtain some images, at which point I realised what was going on. This may be fixed on the release edition and, indeed, won't affect those viewers who watch on a PC or via their TV (where a digital audio signal is rarely routed from the player to the set) but it should be noted by those listening through their home cinema amp's. Apart from the ability to set your own, limited, play lists (see the main section above) the only extras on offer here are two interviews with Doves (6'52) and Travis (11'50). Both interviews are pretty good with the Travis interview being marginally more in depth as the band discusses their first TV performance (before they had even recorded a single track in a record studio). Good stuff, but there's more, much more, lurking in the BBC archives and the supplied extras therefore seem to be a little mean. Yes, it's another raid on the “Later..” archives and, yes, it would have been rather nice to have had some more material featuring Jools himself (especially given his astonishing abilities to jam with his musician guests) but, on the whole, this is a worthy compilation. If you are a fan of Britpop in any form there is probably something here that will appeal to you.