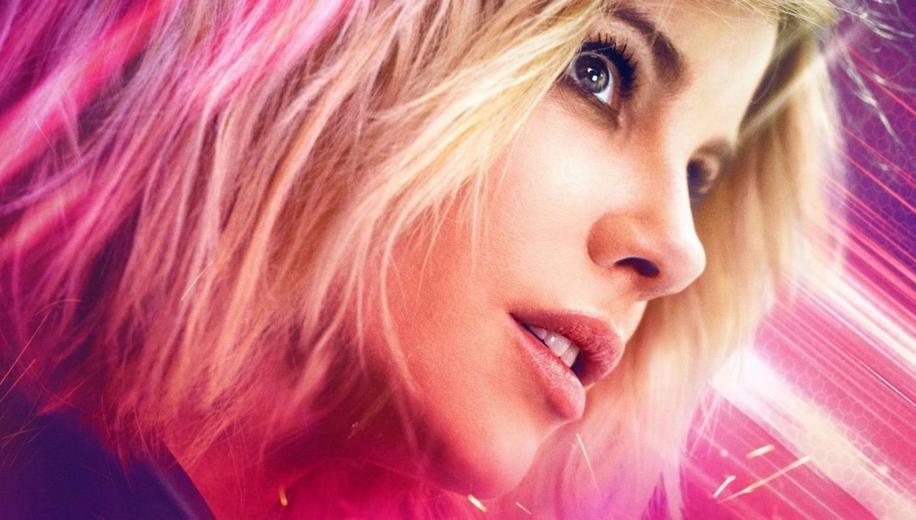 Somebody out there wanted to make a smart, snarky, modern flick with a colourful against-type female lead character who takes no prisoners and can pound men twice her size into the ground thanks to her superpowers - sorry, her impulse control disorder. It was supposed to be darkly comic, perhaps in the vein of Statham's Crank, and since it featured a protagonist who regularly has to zap themselves with an electric charge, undoubtedly the connections between the two movies became their defining feature when it came to the pitch. So whoever wanted to make whatever movie they wanted to make, likely met up with somebody else who wanted Kate Beckinsale to have a new action franchise to replace her Underworld saga, heard the word "Crank", thought of "Statham", saw dollars and the rest is Amazon Prime history.

... no amount of style can cover up the plethora of bad ideas, bad jokes and bad acting on offer here

Lindy's really angry. Like, all the time. Triggered by everything. Someone stealing her fluffy toy. People being impolite. Restaurants with little care for dietary restrictions. People tapping on tables. Her only successful movie franchise eventually getting all the blood sucked out of it and leaving her facing the daunting prospect of having to consider actually acting. Basically anything sets her off. And when Lindy gets angry, she hurts people. A lot. Like, cracks their skull on the wall a half a dozen times. We're talking severe concussion. Police. Lawsuits. Prison sentences. Ruined lives. No, hold on, no, this is played for laughs because, you know, rude people deserve getting their heads caved in. That's just how Lindy rolls. She's Bad Ass. But it's ok, she's got a little electric shock gizmo which normally keeps her in check, when it works. Anyways, when she meets the man who should never have been chosen to play Kyle Reese, and finds that she shares zero chemistry with him, she gets disproportionately upset at his fate, and flicks the off switch on her control, going full rage to get to the bottom of an elaborate and convoluted conspiracy which magically evolves because otherwise the story would just end and Amazon wouldn't have anything to waste your time with.

Jolt comes to Amazon Prime UK as an Amazon Original Exclusive, in 4K Ultra HD with HDR and a 5.1 mix. It's a reasonably flashy affair, with some vibrant early tones that are handled extremely well in 4K HDR, plenty of stylish nightclub shots, flash/dream images and frantic action sequences (and awful CG). The presentation is hard to fault, even if the rest of the movie certainly isn't.

Wexler is hardly an established director, perhaps ill-advisedly - or perhaps under mandate - running the whole thing using what is, essentially, the Crank playbook, complete with a little handheld-esque freneticism thrown into the bargain. But no amount of style can cover up the plethora of bad ideas, bad jokes - are they even jokes? - and bad acting on offer here. Multiple fart jokes? Throwing newborn babies around for kicks? Juxtaposed with multiple scenes of torture including genital electroshock, all in some kind of revenge vendetta plot. Oh and plenty of gags about impulse control disorder and 'going manic' to remind you just how informed the plot clearly is about mental illness. What the hell were they thinking? Oh yes, they were thinking "This is 2006 and we're making Crank."

... unfortunately the comedy is downright awful and the action is pretty disappointing

Beckinsale is, oddly, not the worst thing about this. She's actually almost... almost the saving grace. Sure, she looks (perhaps purposefully) ridiculous in the role, and, sure, the whole premise of the movie is absurd, but there are a number of - brief as they may be - vaguely clever, possibly even witty moments where her character dreams up imaginative ways in which she would hurt the people who annoy her. And it almost works. Stanley Tucci helps no end, the legend that he is, but he can only go so far given the intentions of the very agenda-driven script. But Jai Courtney is the really obvious, likely fatal bit of monumentally stupid casting, yet again, which should surprise nobody at all, other than in the fact that he still gets these gigs. And Bobby Cannavale just looks perpetually confused, probably over why he signed that damn contract with Amazon after Mr. Robot and Homecoming to star in any old crap they want him to, getting lumbered with Laverne Cox as a partner, proving a contender for even worse miscasting than Courtney. Which takes some doing.

It's remarkably easy to see why Amazon picked this up, and likely not for a lot of money either, given the forty five pence and a 2nd class stamp they spent on one particularly shockingly bad 'splosion. It's an easy pitch for them - Beckinsale does Crank - and an easy sell as a supposedly 'high concept' new action-comedy with the requisite now-trendy improbable ass-kicking female lead (unfortunately think: less Atomic Blonde and more Anna). But the comedy is downright awful and the action is pretty disappointing (unless you count that extra scene towards the end they clearly filmed after bad test reactions, which involves a stunt double with superpowers, operating under guise of a very distinctive wig), and filmmakers should really try and focus a little less on ticking boxes over the sex of a lead character and a little more on their actual, you know, character. On the other hand Beckinsale's new look makes stunt double work super-easy. So that's her set for the next decade: looks like we have a Jolt franchise after all. Please, bring back Underworld instead.

Jolt comes to the UK as part of an Amazon Prime subscription, presented in 4K UHD with HDR, released on July 23rd 2021.