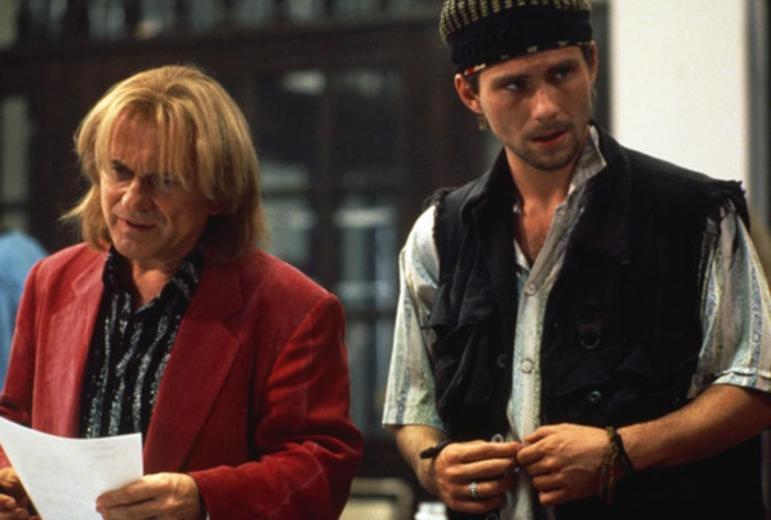 Jimmy Alto, AKA Jimmy Hollywood (Joe Pesci), is a wise cracking, out of work aspiring actor; he has a girlfriend and one memory blanking (short-term amnesiac) friend, named William (Christian Slater). When his girlfriend is the subject of an attempted mugging Jimmy is annoyed, but when his car is broken into and his radio stolen... Jimmy can takes no more and decides the time is ripe for the citizens of Hollywood to fight back against crime, as well as perceived police apathy towards his dilemma... and vigilante group “The S.O.S.” are formed. Their task? To film criminal behaviour and pass on the information to the police in the hope that the streets will become a better, safer place. Somehow Jimmy and William find their alter egos being loved - it seems the people of Hollywood have also had enough and sympathise with this new “vigilante” group, even though the police are less than sympathetic to their task.

If I haven't quite made it clear yet - Jimmy Hollywood is a comedy - Joe Pesci plays the wise cracking know it all opposite Christian Slater's straight man character... and it works - for the most part. There are a few laugh out loud moments, but alas these are a little too few and far between and the movie only just hangs on to its identity throughout proceedings. Director Barry Levinson has definitely helmed better movies - Good Morning Vietnam, Rain Man, Sleepers and Sphere to name a few. I'd never heard of Jimmy Hollywood until receiving the DVD to review... and I can see why - it's an enjoyable way to spend a couple of hours, but like William ultimately I found it all a bit forgettable.