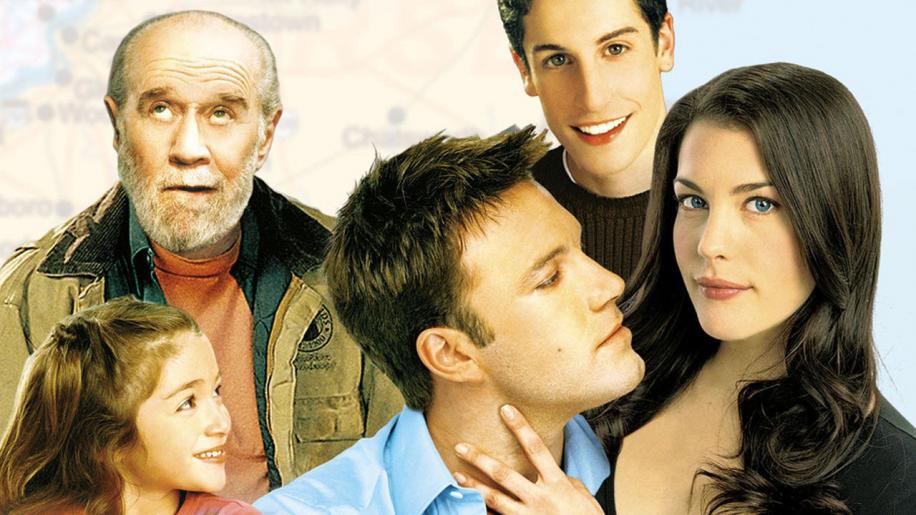 Jersey Girl is the latest entry into the View Askewniverse world of portly, potty mouthed auteur Kevin Smith. Best known for the hilarious self-financed (on his credit cards) [b]Clerks[/b] or the original romantic comedy [b]Chasing Amy[/b], this is a very personal tale that also falls within the romantic comedy genre.

Ollie (Ben Affleck) is a smooth talking and successful publicist working in New York. He meets and marries Gertrude (Jennifer Lopez) and it is not long before they become pregnant. Everything in his life seems perfect, a beautiful wife, a wonderful job, and plenty of money but the fates have a different plan for Ollie and soon he has to deal with tragedy, unemployment and fatherhood. He has hit rock bottom and is living and working with his father Bart (George Carlin) as he struggles to regain his old way of life. It is then that he meets a brash and sassy video store clerk called Maya (Liv Tyler) who gradually shows Ollie that sometimes you need to forget what you thought you were and accept who you really are and what is truly important in your life.

If you are familiar with Smith's back catalogue watching Jersey Girl will be a bit of a surprise for you. Smith has always written what he knows, video store clerks, hanging round the mall, and Christ. He has got married, lost his father and had a child in the last few years and as a result his influences have changed. This is the soft and soppy underbelly of Kevin Smith. He has developed as a writer and a director over his 10-year career, losing the verbal intensity and static cinematography that was most noticeable in [b]Dogma[/b], as a result we have a warmer, more mature movie that loses the edginess of his back catalogue but as a result will find a larger, but less demanding audience. Ben Affleck finds his niche in the romantic comedy field and is far more convincing and believable in this genre than the action adventure flicks he has been favouring recently. I see him as an American version of Hugh Grant, and his performance here is impressive. Raquel Castro plays Gertie and as well as being an astounding incarnation of a childhood Jennifer Lopez, is delightful and natural in the role, she can also give a look of shock akin to McCauley Culkin in the Home Alone movies. Smith populates the rest of his movie with familiar faces from his previous films and it is fun spotting the cameos.

Jersey Girl is not a bad movie. In fact it is a well made, moving and gently humorous tale that is well acted, it just doesn't offer anything you won't have seen many times before and it won't be like anything you have seen from Kevin Smith before. That is not good or bad, it just is.