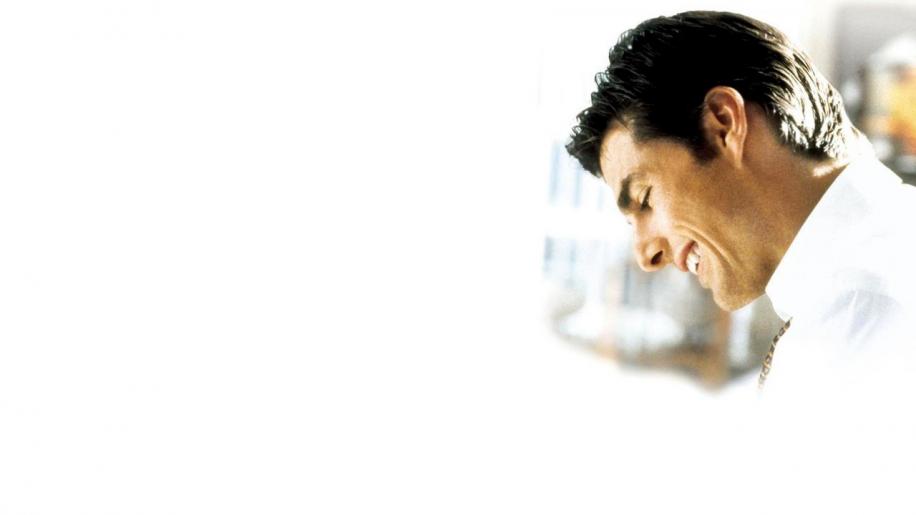 Disillusioned with the back-stabbing and deceitfulness that comes as part and parcel of life as a sports agent, Jerry Maguire - Tom Cruise awakens in the early hours to discover that he may in fact have a conscience, after all. With almost religious fervour he sets about putting down in writing his new concept in the form of a Mission Statement - or should that be Memo? - titled, “The Things We Think And Do Not Say - The Future Of Our Business”. It suggested taking on fewer clients and less money... boom! In short Jerry Maguire recaptures his soul.

But with the dawning of the cold light of a new day, and a few choice words from none other than Mr. Hawaii-Five-O himself, Jack Lord, Maguire loses confidence in his newly-acquired selflessness and tries to pull the “Memo” before his colleagues receive their copies - but it's too late and the once “king of sports agents” finds himself ostracised by the industry that he once “owned”.

With a lone loyal colleague, Dorothy Boyd - Rene Zellwegger, and a single client - “Show Me The Money”, Rod Tidwell - Cuba Gooding Jr., Maguire discovers that his new philosophy of honesty with others puts him at an enormous disadvantage in not only the cut and thrust of life as a sports agent, but also in his personal dealings - until, and unless, he can learn to be honest with himself.

Jerry Maguire, written and directed by Cameron Crowe - Almost Famous, Vanilla Sky, is Hollywood Schmaltz at its absolute best. Tom Cruise is superb as the supremely selfish sports agent with a heart and even Cuba Gooding Jr.'s Oscar-winning performance plays second fiddle to Cruise's undoubted finest screen moment, in my opinion. Having said that they both lose out whenever they share the screen with Jonathon Lipnicki, Ray Boyd - the boy with the glasses and the personality of an angel!Er, yes - I do indeed rather like the movie Jerry Maguire!