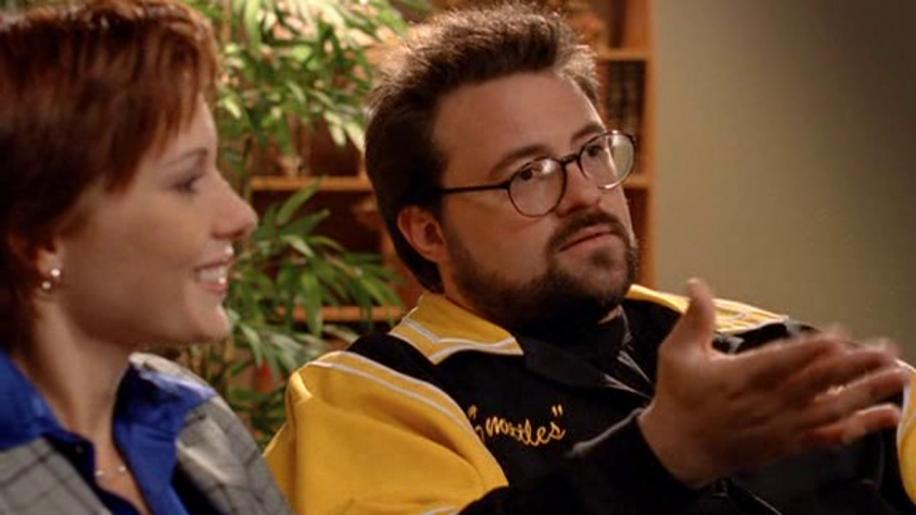 Did you know that British TV advertising might be in for a huge shake up? As it stands at the moment, organisations without any official political policy, for example Amnesty International and the Make Poverty History campaigners, are banned from advertising anything likely “to influence public opinion on a matter of controversy.” This attitude is being challenged by Animal Defenders International (an animal rights group) after their proposed commercial was deemed unacceptable. Should they win, expect a huge upsurge in UK advertising as thousands of companies, lobbyists and organisations start to broadcast pent-up views via increasingly interactive broadcast services, the US-style ad, there to stir up controversy, may become the norm. Of course it's not only the ads that our American cousins have to deal with, the TV programmes themselves like to put forward a message. Arguably the sickliest version of all was 1978's Different Strokes, aimed squarely at kids; the moral message was laid on in swathes. Since then there has been a slew of teen/kid dramas that all try to teach values, be it as comedy (Saved by the Bell) or drama (Dawson's Creek), all wrapped up neat and tidy; the programmes themselves, whilst eminently watchable, remain ostensibly fiction. Real life never encroaches too far into their remit, though their comments on it do.

The latest, and some say the greatest, is in fact not American, but Canadian and called Degrassi: The Next Generation, itself a reincarnation of Degrassi Junior High (1987). With updated characters, a wealth of existing characters and over twenty years worth of history to call on D:TNG has fast become one of the top grossing TV programs stateside; it has won and continues to win numerous TV awards and with an already huge fan base and vocal support from celebrity fans, its popularity lies not so much with its 'morals' but rather from it dealing with everyday issues; issues that affect high school children of the naughties. In the past it has dealt with such controversial issues as drugs, abortion, school shootings and rape, yet such is the characterisation and believability of the show all remain grounded in reality; the 'fiction' tag is removed.

Of the celebrity voices that praise the show, none is louder than writer/director Kevin Smith. Love him or hate him, with six feature films to his name and a massive cult following, Smith has arrived in the mainstream and unashamedly admits that of everything he has done in his life, appearing on Degrassi is the pinnacle; he is without doubt a fan-boy. His inclusion into the Degrassi mythos was during the final three episodes of season four, episodes West End Girls and Goin' Down the Road parts 1 and 2 where he plays both himself and his alter ego Silent Bob and Jason Mewes, as Jay, joins him for the final two. The A story, i.e. the Degrassi story line, is a continuation of a bitch fight between Paige and Manny, that sees Paige get a broken leg and Manny stripped whilst being crowned prom queen. The finale continues the Craig and Ashley relationship, and eventual break up focusing on Craig's breakdown because of it. The B story, and the reason for this DVD release, is the introduction of Kevin Smith scouting Degrassi High School as a possible location for his next feature film Jay and Silent Bob Go Canadian Eh. Though Smith only appears briefly in West End Girls, he develops a close bond with Caitlin, herself reporting on Smith's involvement in the school. The two part finale has a much bigger part for himself and Mewes, even having time to incorporate scenes from the 'film'. Being Degrassi, Smith himself is not immune to the emotional angst that can be prevalent, he becomes too involved with Caitlin (he has a very strong crush on her) and this threatens her own relationship with Joey. Of course it all ends well, with everyone feeling better about themselves and as the passage of time moves on, so do the characters.

Smith and Mewes have been playing Jay and Bob for so long now, you cannot help but see them as those characters; their scenes together are such that they play exactly how the audience would have them behave, Smith as Smith is talkative to the point of distraction, as Silent Bob he is, well silent; Mewes, on the other hand, is as vulgar as his alter ego with his constant appealing for sex. It is a testament to the skill of the writers that this pair of degenerates fit seamlessly into the style of the program. Mewes' part is far less than Smith's and comes off as rather bitty, though he has the far better time of it with one liners and smut, he is very much comic relief, amazing considering the undercurrent of under age sex that are prevalent in his scenes; whereas Smith becomes involved with the story changing plot. In fact is was great fun to watch the pair do their thing but without any of their customary swearing. Their inclusion neither devalued nor enhanced the Degrassi train, such is the strength of the cast of characters that the show could support such an insane idea as “Jay and Silent Bob Do Canada Eh” within its stride and not lose any momentum for its finale.

This DVD is the unrated, unedited version, in practice this means that the finale has been cut into one episode and into that is incorporated additional material not originally broadcast. The unrated portion relates to the extras, of which there are many and most contain the normal amount of swearing that Smith and Mewes are most famous for. It is this portion of the DVD that is likely to interest his fans; the Degrassi film is a welcome change for him, though the cameo's of Jay and Silent Bob are likely to continue and of mild interest to see what the pair get up to in a Canadian teen drama, but it is in the extras that the DVD really shines. Unfortunately, this might also prove to be its downfall as those that dislike Smith (he is liked and disliked with equal measure) are highly unlikely to buy it; though the Degrassi crowd may be pursuaded otherwise.