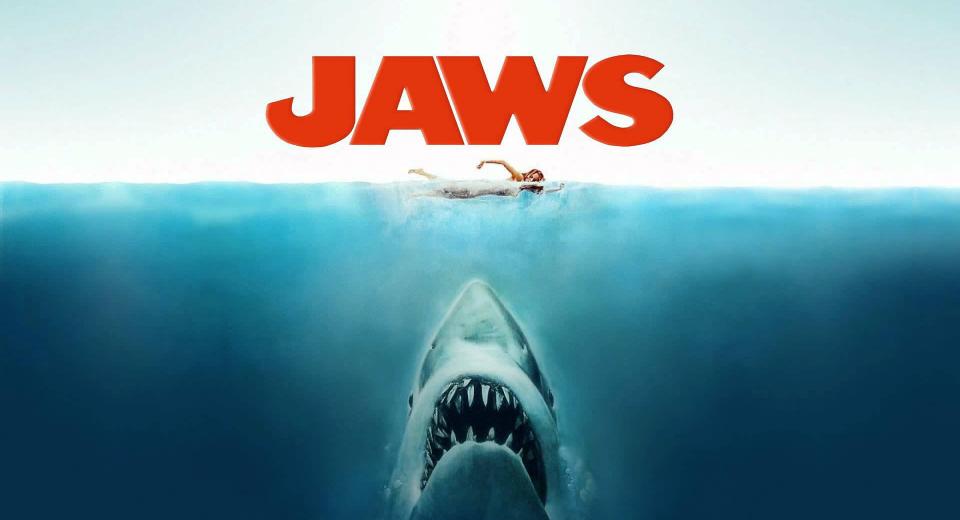 Despite a prodigious cinematic output which includes the likes of Close Encounters Of The Third Kind and the Indiana Jones trilogy, all that we've actually seen so far of Steven Spielberg's work on Region 2 DVD is the abominable Hook. Thankfully this situation is apparently being remedied, with the Jurassic Park series and Saving Private Ryan set for the release before the end of the year. Preceding them all by several months is the long-awaited release of what is arguably the finest film Spielberg ever made.
Much like Hitchcock's horror offerings, the basic plot for Jaws is simplicity itself - an unusually large great white shark starts picking off swimmers around the island community of Amity. The only people who stand a chance of stopping it are the mismatched trio of Police Chief Brody, marine biologist Hooper, and wily old sea dog Quint, who set out to track it down and kill it. The film works superbly, cranking up the tension by drawing on our primal fears of what awaits us in the ocean. But rather than stay rooted to this simple, yet effective premise (as Carpenter did with Halloween), Spielberg works hard at rounding out the characters, with the Brody family, Hooper, and even minor characters such as the mother who loses her son to the shark, all rendered in three dimensions. In doing this Spielberg created a film which not only shreds your nerves, but also engages you emotionally, providing one of the most satisfying movies of its kind ever made.