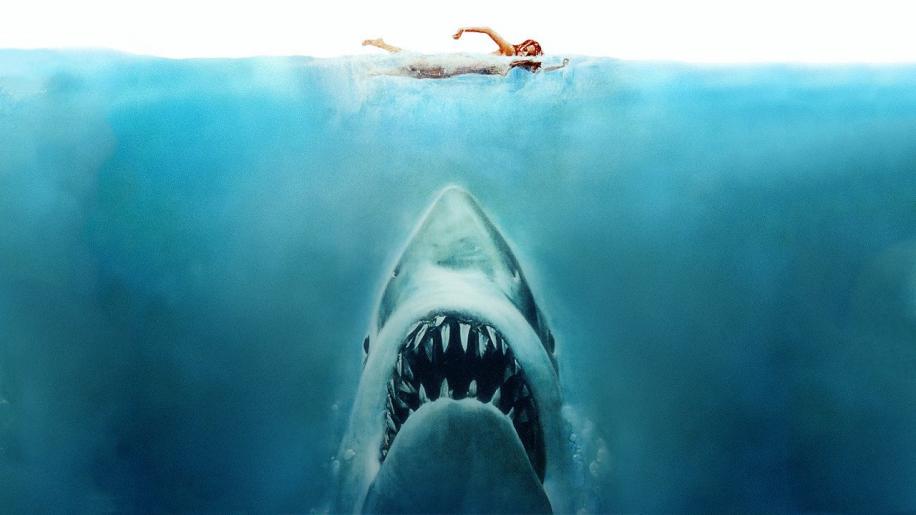 This 30th Anniversary edition of Jaws comes with an almost identical transfer to that which accompanied the 25th Anniversary release. Presented in all its 2.35:1 aspect ratio anamorphically enhanced glory, the transfer might be a tad sharper, but still manages to retain all of those signs of age present on the previous version. It has fairly good detail tempered by sporadic softness and with a light layer of grain running almost throughout, but particularly evident during the low-lighting sequences. The colour scheme is particularly fresh, with warmly tanned skin tones and a sunny but not drained or faded palette. There is little apparent edge enhancement and the aforementioned presence of print damage in the form of scratches and - more commonly - tiny blips but of course all of this is understandable considering the age of the movie. Overall, it is not reason alone to upgrade from a previous release, but does mark a slightly improved visual representation.

In addition to the standard Dolby Digital 5.1 track that came with the 25th Anniversary edition, we now get a welcome full bit-rate DTS track which only marginally out-weighs it in terms of power. Pretty much everything on both tracks comes from the frontal array, with clear dialogue throughout and occasional directionality across from left to right but little else to write home about. There is keen observation of the effects - footsteps on the sand, seagulls, kids playing, waves crashing and jaws chomping - but nothing seems to leave the frontal scope. The only real thing to reach the rears - and provide some bass - is the excellent score, which thankfully pervades a great deal of the movie. I guess that the reason behind the limitations on both tracks is again the age of the movie and it is at least good that they have gone to the effort of providing such acoustic delicacies but these are not examples of top end six-speaker mixes, instead more like enhanced stereo efforts. Again, those with the last edition are unlikely to need to upgrade at this stage, although those with a DTS set-up will understandably be tempted to give it a try.

After all of this, some of you might be wondering why we are getting yet another special edition Jaws release, especially considering the last one - but five years ago - wasn't that bad at all. The answer must surely lie here, with the inclusion of a second disc packed to the brim with more special features than you could imagine.

First up we get 'The Making of Jaws', which is almost longer than the film itself - providing a great deal more behind the scenes footage than the documentary that was included on the previous edition. Essentially the same structure is present here, only obviously this is the full documentary that I suspect did not fit on the previous single-disc edition. As with all decent documentaries, we get plenty of interviews with the cast and crew - with the trio of main characters all present and character, along with director Spielberg and even the writer Peter Benchley - and lots of on-set footage and dailies. If you're a fan of this classic then these two hours will provide you with almost everything you would want to know about this production and offer a worthy alternative to a full-length director's commentary.

The original 1974 documentary, shot on set, offers a striking comparison to the newer effort. Thankfully running at only eight minutes in length, it is a collector's piece worth your time for nostalgia's sake or to see Spielberg back in his more youthful days, but there is very little here that was not covered - and presented better - in the more recent two-hour effort.

There are thirteen deleted scenes, each running at about a minute long. They are slightly poor in terms of quality but are nevertheless perfectly watchable and most of them comprise extensions to original scenes rather than completely new effort. Those of you with the previous release should be familiar with most of them and you can clearly see why they were excluded, but presented here we get the option for more Roy Scheider and more moments with the enigmatic Quint, so it's not all bad. It is a shame that there are no more shark scenes (unlike on the Jaws 2 release) and you can see that none of the scenes here were particularly significant as they all took place within the first half of the movie and would have only served to pad it out.

Next up we get a couple of minutes of outtakes that are almost indistinguishable from the deleted footage other than in the fact that a few minor mistakes are made. These are not your usual bloopers or goofs - they are not in the least bit funny - but are worth skimming over briefly if you are curious.

There are storyboard comparisons for four key scenes including the opening and closing sequences. All of them show just how closely they had it penned from the outset, with detailed drawings and even written directions to illustrate where they intended to go with the scene. More often than not these directions describe exactly what is happening on screen in the final version.

We get a whopping nine galleries - Original Concept Drawings, Behind the Scenes, Cast and Crew, the live shark, publicity photos, marketing and merchandise and the Orca - but the most interesting sections relate to scenes or footage that was never realised in the final version. The unused storyboards gallery illustrates several key sequences that painted an ending much closer to Benchley's original vision than the film was and the Ben Gardner scene gallery shows you a little more of the alternate scene that was hinted at in the 1974 featurette.

Last but far from least we get an interactive shark feature. Now I normally hate interactive features because they are - more often than not - pointless and gimmicky, but this is not the case here. This feature is extremely clever, with a CG shark and various control panels around that can be activated to give you details about great white sharks and even relevant clips from the main movie. Clicking on the options will provide you with information on the diet, prey, dimensions, habits, migration patterns, nerves, senses, teeth etc. etc. of the shark, offering pretty much everything you could ever possibly want to know about this shark.

Jaws 30th Anniversary Edition provides a film that you simply must have in your collection in a slightly new format - the video and audio are moderately better but the real difference comes with the second disc of extras, some of which are a must-have (not least the extended documentary and interactive shark feature). For those with the 25th Anniversary Edition, I am loathed to suggest you go out and replace it, despite the additional features. For those who don't have this in their collection then it is a no-brainer, go out and pick up this edition a.s.a.p. and pray that they don't release a 31st Anniversary edition with a commentary just to triple-dip on the public's pockets.