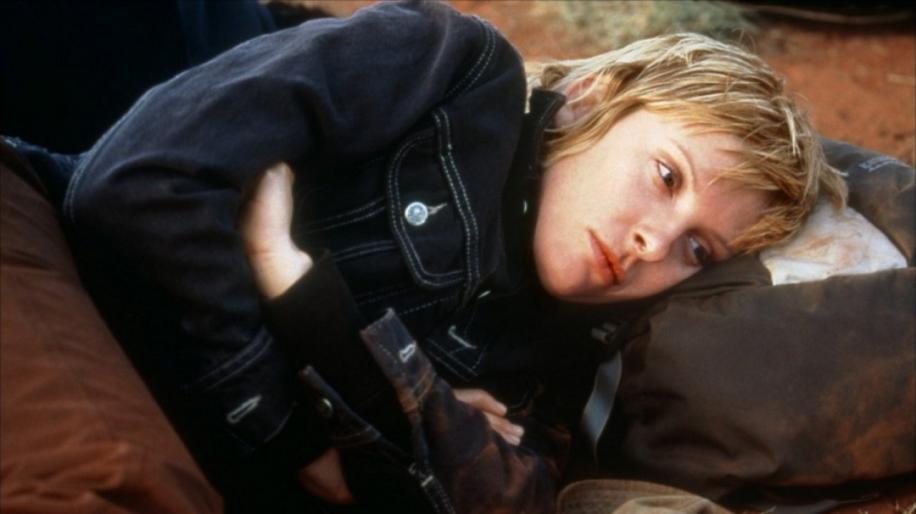 Well, what can you say? The Australian countryside is rarely uninteresting and continually impressive. Some of the cinematography in this movie is breathtaking. Epic transients of scale are framed beautifully and shot with wonderful attention to colour. The reds of the Australian earth are natural and never bleed into deep ultramarine skies. The picture is slightly soft with some furring of detail. There is also some artifacting evident on large areas of plain colour. Sandy's bedroom wall at the beginning of the movie, for instance. There is no discernable difference between DTS or DD tracks, with both offering clear and intelligible sound. With a movie like this, the details are what is important, rather than bass heavy effects (though mind you, the mine blast is nearly demo “how low can my sub go” material). Therefore, the tapping of Tachibana's mobile, or the over amplified discordance of a karaoke machine, become the focus of attention whereas normally these things may go unnoticed. Japanese Story has a subtle and well thought through sound mix that takes a back seat, washing over your ears rather than pummelling them. The music, too is well chosen and fits the movie well, especially on repeat audition of the movie. The crew commentary (Director, Producer and screenwriter) is a group effort with each member working off each other. This is the best arrangement for a commentary, as solo commentaries can become stale. The crew commentary has a typically technical bias with lots of production detail and some analyses of Collette and Tsunashima's acting methods. There are also some anecdotes that have parallels with the onscreen action and helped make them appreciate the situation Sandy is in. For example, when travelling to a location, a member of the trio decided to stop their car and have a picnic in a dry riverbed. Except that is was “150 degrees in the shade - I felt like Sandy, that I was going to die out here.”

Inside Japanese Story featurette is one of those situations where an audience has watched the movie and they have a chance to listen to the crews comments live after the movie has finished. It is interesting to listen to these people talk about what was a labour of love for them. Some information is replicated from the crew commentary, though which makes some of either feature redundant.

Deleted Scene “We were Swimming” is an interesting one, when looked at after the movie has finished. I can understand why it was deleted, but also why it Is included. This scene fills in a blanc that was missing from the movie if not entirely necessary. Japanese Story is a fairly good movie which starts off perfectly, displaying beautiful symmetry between both main characters. The movie does go on a bit at the end, though, which spoils things a little. The extras aren't too hot, either. Being allowed to film in the mining complex is made a fuss of, but no small featurette is dedicated to this. How did the production crew organise the mining blast? Were people nervous? What was it like filming in the Outback and was the magnetic red soil a problem? How were the Japanese elements researched and refined and what are the cultural importance of traditions such as swapping cards? All these factors could have been expanded upon and given the movie a wider focus. Still, Japanese Story is a good watch, just a little too long.