Twice as nice or over-doing it? 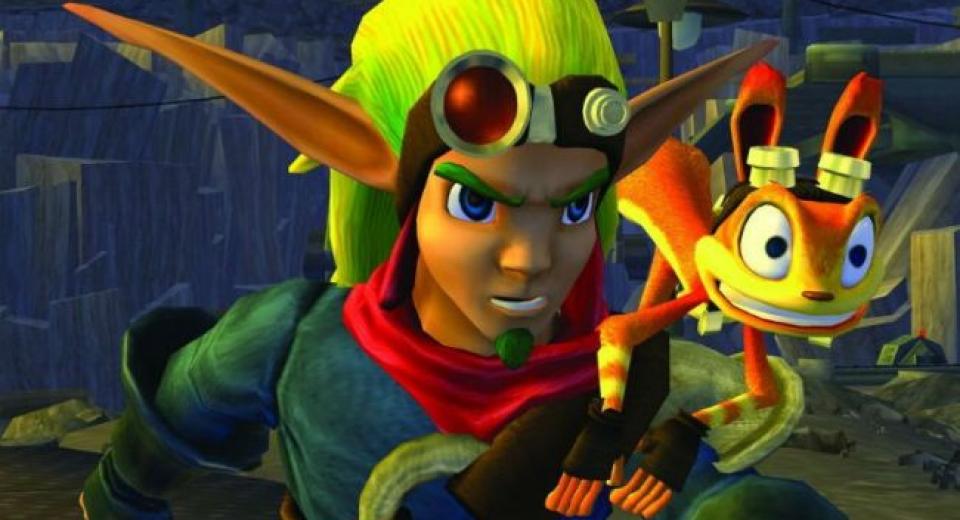 Jak and Daxter had a resurgence not long ago, what with their PS2 antics recreated and polished for the shiny HD collection last year (see my review here). Here’s a brief summary of my thoughts from the PS3 version:

The Jak and Daxter Collection proves that old-school platformers are just as enjoyable as they were back when originally released. There are some issues with the character control and how the camera rotates when looking around the world but there is nothing that can detract from the charm that is emphasised throughout the entire package. Thoroughly enjoyable for any gamer regardless of age or genre preference.

So what are we doing here over a year since the PS3 release, playing the same game on the Vita instead this time? Did the PS3 release sell so many copies that it would be a crime not to publish on the Vita as well? Or perhaps the folks behind the scenes suddenly remembered that such a device as the Vita existed. Whatever the case may be, the dastardly duo are back once again and ready for action. The overall quality of the collection on PS3 was high, with the package looking nice and doing the classic titles justice. However, there were some issues with character control and the camera, but nothing too serious to detract from the experience. With a year’s time to work hard and bring the games to Sony’s handheld, have these problems been solved?

To some extent you would say yes they have, because the erratic camera controls seem to have been limited somewhat. There aren’t as many issues with the camera and looking around the environment, however if you like the regular control scheme as opposed to inverted, you will have to change the default setting. This still seems a bit weird to have inverted set as standard, but there we go.

What can be marked down as a massive positive for the collection though is the fact that it still looks the part on modern technology. The treatment it has been given still shines through and makes perfect use of the Vita’s crystal clear display, showcasing the games vibrant colours. What is massively reassuring from this title being released on Vita is the fact that it never struggles when running, with no signs of slow down or extensive loading screens. The games aren't cut-down versions either, for all intents and purposes this is exactly the same title that was released on the PS3 last year. Granted, the frame rate is a little lower but it’s not really detrimental to the overall experience.

Sony have been pushing their recent Cross-Buy and Cross-Save features recently, allowing those who own a Vita and PS3 to enjoy their games on whatever platform they fancy. It’s a good idea, and one that works more importantly, but for some bizarre reason it is one that has been left out here. Buyers of the PS3 game don’t get the Vita version free, nor do they get to use the Cross-Save feature seen in other titles such as Ratchet and Clank.

Sadly the control problems evident with the PS3 game are still apparent. Hopping between platforms isn’t always as easy or enjoyable as it should be, resulting in health loss and sometimes death depending on the hazard you are trying to avoid. The poor control and handling really shows in the second title where you have an open hub to explore to jump between missions. You can run or commandeer a vehicle and fly between missions but the former is usually the easiest and quickest as you’ll crash so often and blow your hover car up far too easily. The Vita’s tech-heavy features have been incorporated into the titles too, with mini-games (what few there are) using the touch screen functionality whilst the camera can be controlled by the rear touch panel. A tap on the panel sends the camera into first person perspective, which is more often than not done by accident and can be frustrating should a stray digit brush it.

What is also annoying about these collection style games is that you have to exit the entire game in order to play a different game to the one you have already booted up. Don't get me wrong, it’s not the end of the world, but it would be much easier to hop between the three at free will rather than exiting to boot up again.

Thankfully this Vita outing comes with a lower price which could well justify owning the trilogy on two consoles should you have a great affinity for the duo. In truth though the PS3 - rather than the Vita - package does more justice to the classic titles, so if you already own this on home console then I would stick to it. As a cheaper alternative for those that don’t, then this will give your Vita a good run out and let you relive some much-loved moments from the PS2 era.

When it comes to it, the Jak and Daxter Triology is good on the Vita but nowhere near as good as it could or should be. The PS3 version is much better with a higher frame rate and better camera and character controls with a greater field of view offered by the bigger screen. Sadly the Vita's features have been shoe-horned into the experience, resulting in annoying camera angle transitions right when you don't want them and the mini-games aren't common enough to justify the touch controls. If you own the PS3 version then it's recommended you stick with that, but if not then the lower price of this one can possibly justify a purchase and a punt.