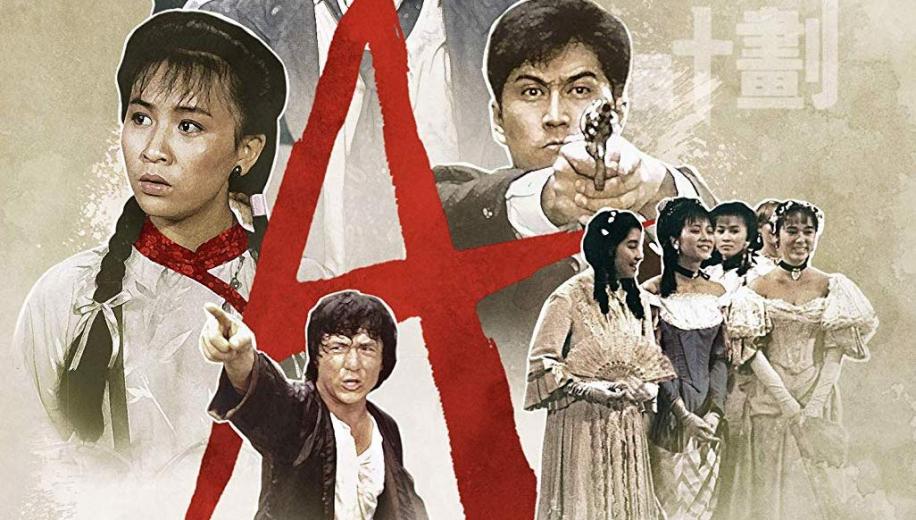 The Chan-directed 1983 film Project A provided a lot of period pirate fun, co-starring future superstar Sammo Hung (as well as Yuen Biao). Four years later, Chan would return to also write and direct a grander, more expansive sequel, going solo without his Peking Opera brothers but delivering a thoroughly enjoyable adventure which proved just how confident he had become over the intervening years.


Project A Part II is a much more confident film.

The story, which takes a little bit of time to get going, returns Chan's marine police officer to the streets (there's even less water this time around), only this time with guns more prolific and a group of pirates wanting revenge on Chan's sergeant for his previous busts. Conspiracies within the forces and a partner who he doesn't get along with are par for the course, and just another excuse for increasingly outlandish stunts.

Project A Part II is a much more confident film, with a much more elaborate period setting, once again delivering a series of memorable and expertly-choreographed fight and stunt setpieces, including some initial gang brawls, a fun fight/chase sequence involving Chan handcuffed to his colleague, an imaginative giant pestle and mortar and a stunning finale involving a collapsing building-sized stage which Chan has to almost vertically run down.


A presentation that is frequently excellent.

If you think that the first film looked impressive with its remastered presentation, then the sequel easily tops it, delivering stunning outdoor sequences rich with fabulous detail, textures and clarity, a fine sheen of pervasive but unobtrusive grain and a superb colour scheme which boasts some vibrant primaries - the reds of signs are blindingly good - against the otherwise wood-dominated period backdrop. It would have easily achieved a demo score, but unfortunately the whole film isn't set outside in broad daylight (some of the bright blue skies are gorgeous), with a few interior sequences looking like they were practically lit by candles, as softness encroaches and delivers visuals that are thoroughly hazy, at least by comparison. Thankfully, black levels remain strong and deep, rounding out a presentation that is so frequently excellent that it's just frustrating that one or two indoor scenes let the side down.

Eureka once again deliver the goods in the audio department, affording the movie not only the original Cantonese mono option (which, it should be noted, is the default) but also a Cantonese DTS-HD Master Audio 5.1 remix. For completeness, there is a DTS-HD Master Audio 5.1 dub too (with the alternate 'Export Cut' boasting the more hilarious English dubbing option that should be avoided unless you want a laugh).


The soundtrack has been superbly reproduced (and remixed) here.

The soundtrack has been superbly reproduced (and remixed) here, with clear delivery of the dialogue, the usual plethora of smack-smack fight sound effects, a few echoey gunshots and some elaborate stunt crashes and smashes thrown into the mix. Surround use is hardly expansive, but it's nicely organic, and the score thrums along with enthusiasm for the material.

Eureka deliver the UK Blu-ray releases of Jackie Chan's Project A and Project A Part II in a box set, crammed with extra features and presented in impressive packaging, much like their Police Story 1 & 2 box set.

For Project A Part II, we get a shorter, badly dubbed Export Cut, another series of Interviews, with the likes of Tony Rayns, Michael Can Tai-Man and Stuntman Mars, a couple of Featurettes on Jackie Chan, and some Trailers. Jackie Chan's Project A Part II doubles-down on action and stunts, providing another roaring period adventure, this time with Chan front-and-centre commanding the screen with his spectacular martial arts and death-defying stonework.

Eureka serve up Jackie Chan's Project A and Project A Part II in a lavish 2-disc box set, benefiting from 2K remastered picture quality, a plethora of sound options, and a whole host of extra features, all in impressive packaging that matches up to their earlier Police Story 1 & 2 box set. It's a happy time for Jackie Chan fans!