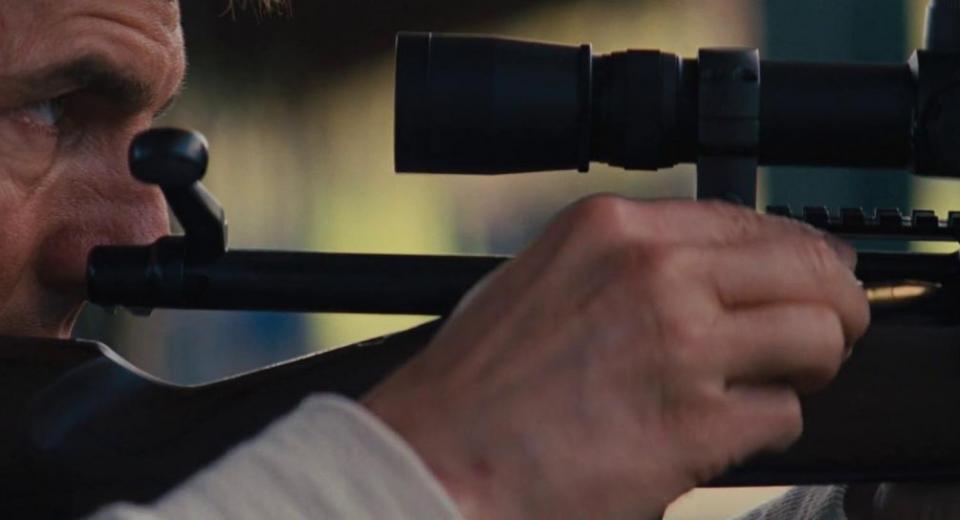 Jack Reacher looked fabulous on the Big Screen and now, on Region Free UK Blu-ray, it comes with a video presentation – courtesy of the ever-reliable Paramount – which looks just as impressive. The 1080p/AVC High Definition transfer looks fantastic, promoting the movie in its original theatrical aspect ratio of 2.35:1 widescreen. The cinematography is near-perfect, allowing for the highest possible level of detail at almost every stage, whilst also promoting a beautiful filmic look throughout the piece. The image is clear and crisp, without any need for edge enhancement; maintaining a fine layer of grain without any signs of unruly DNR. Skin tones are excellent, with the lines on Cruise’s face being evident throughout, as well as the fine clothing weaves and background textures to further add authenticity to the piece. The wider shots – and the sniper sequences – are also perfectly rendered; honestly you will rarely see such attention to detail when it comes to the cinematography. The colour scheme is rich and broad, offering natural skin tones, bright and vibrant dashes of colour – like the red 1970 Chevrolet Chevelle SS muscle car – and strong, deep and inky black levels, allowing for excellent shadowing without any loss of shadow detail. Honestly, it’s one of the best-looking video presentations that I’ve come across thus far this year, a thoroughly filmic movie which still looks like a superb spectacle. Undoubtedly reference-quality and utterly demo-worthy.

Somewhat surprisingly – although again the source material made things slightly easier; the film sounded fantastic on the Big Screen – the accompanying DTS-HD Master Audio 7.1 track is just as impressive. Also having a very old school classic film instinct to it, the heavily thematic score hits you right from the outset, and shows you just what the array is going to deliver. The orchestrally-biased scoring is just the first perfected element that you encounter, getting prominent but not invasive presentation across the frontal array; sweeping you up and investing you in the opening extended introduction. Effects next become noticeable through the thunderous sniper shots which punch right through your living room – and it’s not the last time that they will simply define the superior sound representation. It’s never about bombast though – it’s about precision, both at the low, ambient, atmosphere-building end of the spectrum and also up with the louder, more penetrating elements. Dialogue always takes precedence, of course, when required, with Cruise’s fairly witty one-liners coming across clearly and coherently throughout and even Duvall’s more mumbly gruff offerings easily audible above the rest of the piece. With the LFE channel perfectly utilised to give depth to everything from the aforementioned gunshots to the growl of the Chevrolet, Jack Reacher’s aural accompaniment is rounded out as demo quality and reference all the way, just like the video.

Boasting more extras than I really expected to find on this particular release, although there are no Deleted Scenes, and there’s no sign of the Trailer (which, itself, had a couple of shots that didn’t make it into the final movie – one of which was the source of a successful lawsuit, so perhaps that’s why it wasn’t included!) but, other than that, all the boxes are ticked.

Writer/Director Christopher McQuarrie and Star Tom Cruise team up for an interesting and informative full-length Audio Commentary which packs a great deal into the fairly long runtime. They bounce off one another fairly well, their comments generally complimenting one another and developing the ideas from the on-screen jumping-off point. Perhaps it would have been a little nicer to hear a less contemporaneously-dictated offering but that’s a minor complaint in what is essential listening for any fan of the film, book or character of Jack Reacher. The discussions range from the opening music cues to the filming techniques; from the sniper rifle training and the specific cameras used to give the sniper viewpoints, to the cinematographer’s tips on getting some great shots; from the ensemble cast of familiar faces to the way in which the book was streamlined into the film without losing anything vital. Well worth checking out.

The Commentary by Composer Joe Kraemer is a little misleading (which is why I refer to it again later in the extras) because this is basically an Isolated Score Track – as Kraemer openly admits – rather than a Commentary. The disappointment, of course, is that Kraemer interjects at all in what is a great little soundtrack in isolation and furthermore that those looking for an Isolated Score Track might not even notice that one basically exists here for this movie.

In case you skipped over what I wrote about the above Commentary with the Composer, it’s basically an Isolated Score Track where you get to enjoy the film’s excellent score with almost no interruption but for a few brief interjected words at the start of each separate musical segment.

When the Man Comes Around is a Making-of Documentary which runs at about half an hour in length and looks into how the filmmakers came around to adapting the Jack Reacher series, how they chose this book, what they liked about the character and the potential for an ongoing series. All the main elements are here – writer/director Christopher McQuarrie, author Lee Child, and star Tom Cruise – and they address everything from the fact that it is impossible to find an actor perfect to play Reacher, but how the author himself was totally on-board with it; how they had to shoot with two units in order to bring a big-budget-looking movie in for the limited budget that it was running on; what Cruise brought to the table, both as a committed actor and a dedicated producer; and how they pulled off certain key scenes. It’s quite interesting to see snippets of the actual screenplay splayed across the screen during key moments and have both Childs and the screenwriter (McQuarrie) discussing what was kept and what was adapted.

You Do Not Mess With Jack Reacher: Combat & Weapons spends a further 10 minutes looking at how they made the fight sequences more brutal and real and less stylised and martial-arts driven. They discuss the Gypsy street-fighting technique which was adopted – and learned – by Cruise for the movie; the hard work he put in to learning the new skill-set, shooting the three key fight sequences and the difficulties encountered for each of them.

The Reacher Phenomenon rounds out the extras with an author-driven look at how popular the character has become, with Lee Child himself talking about the character he created, his back-story, his rules – never staying in one place; always giving his opponents one last chance to walk away etc. etc. – his age and how he has managed to keep the stories fresh even after 17 instalments. For fans of either the books or the film this is well worth checking out.

Old school plotting, brutal action and excellent performances – Jack Reacher is a cracking little detective thriller, introducing the cinematic world to one of the greatest hardboiled characters ever created. Indeed even die-hard Lee Child fans should rest easy because, between Cruise's earnest 110% commitment and innate charisma, McQuarrie's adept sophomore directorial work and skilful action handling, and Child's irrepressibly punchy writing, Jack Reacher makes for a thoroughly engaging little thriller which does justice to the source material whilst also giving the titular character (star of 16 novels and counting) a good shot at becoming the focus of a promising new film franchise.

On Region Free UK Blu-ray we get video and audio presentations which are as near to perfect as you could have possibly hoped for – matching up to the US counterpart – along with a fairly substantial set of extras, leaving this a must-have purchase for anybody interested in the piece. If you didn’t get around to seeing Reacher at the cinema then now is your chance to fix that mistake.