“I mean to beat you to death and drink your blood from a boot.” 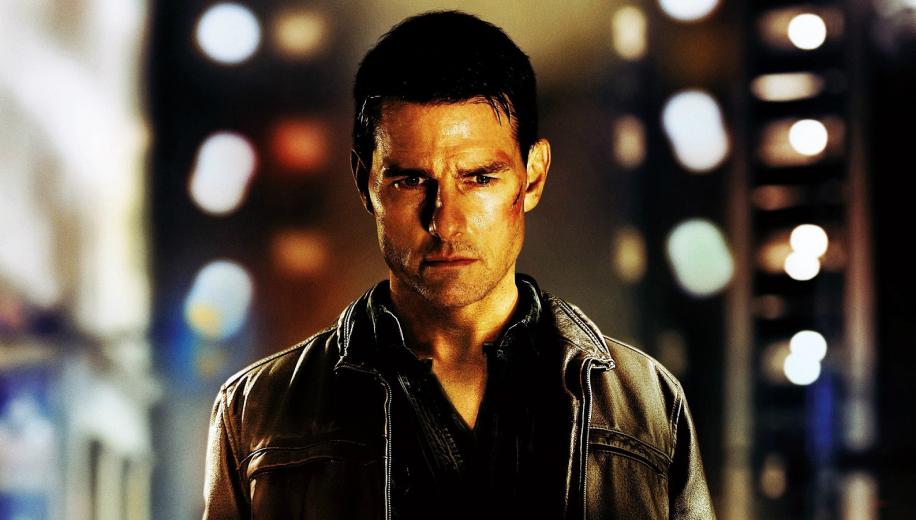 Before the potential franchise was brought to an unceremonious end with a disappointing sequel, Cruise's Jack Reacher promised to be the start of something special.

McQuarrie's screenplay envisages Cruise's Reacher as part-Dirty Harry, part-Sherlock Holmes, and part-Bullitt, with the diminutive action star comfortable punching way above his weight class and - for those who can get past the fact he isn't the 6'5" beast Child described - he's actually a pretty faithful reflection of the ex-military investigator with his own sense of justice and his own tough, no-nonsense attitude.


It’s a cracking little detective thriller, introducing the cinematic world to one of the greatest hardboiled characters ever created: Jack Reacher.

A slew of supporting parts fall to familiar faces, with Rosamund Pike playing it slightly hysterically, but still a solid choice, whilst the one-two punch of Jai Courtney's braun (the actor is far better as an almost silent bruiser than in any of his heroics roles in the likes of Terminator: Genisys) and director Werner Herzog's brains provides a formidable force for Cruise & Co. to go up against.

Perhaps only the double-team of Richard Jenkins and David Oyelowo struggle to balance competence with comedy on occasion, but Oyelowo has always secured roles he appears wholly unsuitable for (although he was good in The Paperboy) and the great Jenkins shouldn't really be called upon to play it straight. But once we get to Robert Duvall, all is forgiven, as the veteran master works his magic in a role that was practically written of him, stealing the show from everybody around him.

Cinematographer Caleb Deschanel (The Patriot) shoots the hell out of the film, capturing some great shots - particularly in the opening sequence where they would have done well to avoid revealing the shooter so early on (the book keeps it a mystery; the film shows us his face straight away) - whilst McQuarrie fine-tunes some great little action sequences. The car chase, which wasn't even in the book, is pure Reacher, seeing Cruise tear around the streets oblivious to the pursuing cops because he's the one doing the hunting, and the final assault and fight sequence is superb.

It’s a cracking little detective thriller, introducing the cinematic world to one of the greatest hardboiled characters ever created: Jack Reacher.

Cruise's first Jack Reacher outing was shot on 35 mm film, and was unfortunately only afforded a 2K Digital Intermediate, leaving it with a semi-skimmed upscaled 4K image which has been used here for this Ultra HD Blu-ray release. Thankfully it still looks utterly spectacular.


It was already an excellent video presentation on Blu-ray; here it's near-perfection.

The original Blu-ray release for the film was already demo material, making the most of the adept directorial work and stylish cinematography, and rendering the richly filmic but no less slick thriller with a near-perfect presentation. The upgrade here has a hell of a high benchmark to beat, but it still manages to do so, improving the already excellent presentation across-the-board.

Detail enjoys a modest but nonetheless noticeable uptick, refining clarity, textures and precision nuances. The colour scheme benefits from not only HDR and WCG, but also Dolby Vision as the cherry on top, giving the image an excellent palette popping with vibrant highlights and founded upon a rich and authentic natural backbone.

The lush greenery and strong mahogany tones remain persistent, whilst the gorgeous red Chevrolet looks even more stunning. The image enhancement tools allow for outstanding blacks too, wringing even more shadow detail out of the plummeting depths. It was already an excellent video presentation on Blu-ray; here it's near-perfection.

Although (much as with Paramount's recent releases of the Mission: Impossible series) the Jack Reacher 4K Blu-ray release doesn't enjoy the benefits of a full 3D HD immersive audio track in the form of Atmos or DTS:X, it does provide the very same DTS-HD Master Audio 7.1 track which adorned the original Blu-ray release, and that was already spectacular.


Demo quality and reference all the way, just like the video.

Having a very old school classic film instinct to it, the heavily thematic score hits you right from the outset, and shows you just what the array is going to deliver. The orchestrally-biased scoring is just the first perfected element that you encounter, getting prominent but not invasive presentation across the frontal array; sweeping you up and investing you in the opening extended introduction.

Effects next become noticeable through the thunderous sniper shots which punch right through your living room – and it’s not the last time that they will simply define the superior sound representation. It’s never about bombast though – it’s about precision, both at the low, ambient, atmosphere-building end of the spectrum and also up with the louder, more penetrating elements.

Dialogue always takes precedence, of course, when required, with Cruise’s fairly witty one-liners coming across clearly and coherently throughout and even Duvall’s more mumbly gruff offerings easily audible above the rest of the piece. With the LFE channel perfectly utilised to give depth to everything from the aforementioned gunshots to the growl of the Chevrolet, Jack Reacher’s aural accompaniment is rounded out as demo quality and reference all the way, just like the video.

The Jack Reacher 4K Ultra HD Blu-ray release boasts no new extras and, in typical Paramount style, ports only the Commentaries over to the 4K disc itself, leaving fans to flip to the accompanying Blu-ray to get the rest. Thankfully it's still a nice set.

In this case the headlining Director's Commentary is also accompanied by a second Commentary ostensibly with the Composer, but actually - as the man openly admits - more of an Isolated Score Track with brief introductions at the start of each key music cue. The Blu-ray brings the rest of the Features, including a half-hour Making-of Documentary, a shorter Featurette on weapons and combat training, and an overview look at Child's work with the character.

Between Cruise's innate charisma and earnest 110% commitment, McQuarrie's adept sophomore directorial work and skilful action handling, and Child's irrepressibly punchy dialogue and whip-smart plotting, Jack Reacher makes for a thoroughly engaging little thriller which manages to do justice to the source material. It's just a shame that, after the dead end that was Never Go Back, we may never get to see the Lee Child books turned into a full scale franchise with Cruise to run in tandem with his Mission: Impossible hits, which would have been a solid fit.


A thoroughly engaging little thriller which manages to do justice to the source material.

The Jack Reacher 4K Blu-ray release may only work off the back of a semi-skimmed 2K upscale, but it still provides stunning demo video; it may not have Atmos but it still affords stunning reference audio, and it may offer no new extras, but the extras it brings over from the previous Blu-ray are still worth your time. It's a great set that fans will find hard to resist picking up as a the definitive version of this Reacher debut.