It's a Wonderful 4K Release 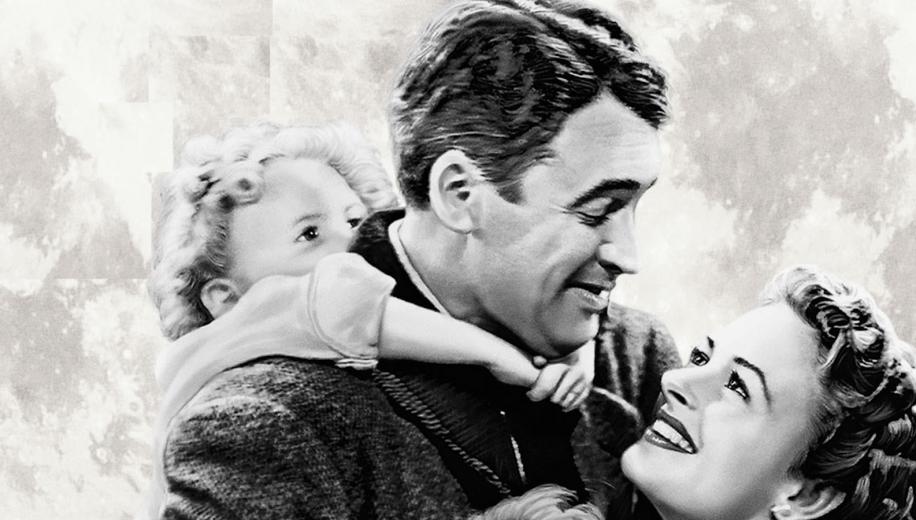 It's a Wonderful Life Film Review

Almost three quarters of a century on, and Frank Capra's 1946 Jimmy Stewart movie is still an all-time classic masterpiece, and the perfect run-up-to-Christmas movie.

Having worked with James Stewart a couple of times already, it was actually during the twilight years of auteur Frank Capra's career when he embarked upon the then-flop that was It's a Wonderful Life, which failed to make back the insane amount of money they spent building sets in a film that would have been just as grand without them.

Ironically, Capra had pretty-much made Stewart a star, with two early features catapulting his career, and It's a Wonderful Life earning him yet another Oscar Nomination (he only won once, for The Philadelphia Story). Despite the immediate Box Office disappointment, the film would go on to become an all-time Christmas favourite, often regarded amidst the best movies of all time.


An all-time Christmas favourite, often regarded amidst the best movies of all time

The timeless tale has an early - and admittedly slightly kooky now - form of a cold-open, whereby we learn that Stewart's lead character, George Bailey, a kind family man beloved in his community, is thinking of committing suicide, and a whole bunch of people in his local town are praying for help from above. The narrated extended flashback takes us through George's life, from a childhood accident saving his kid brother that left him partially deaf to meeting the love of his life, to taking on his late father's small-town building society in an attempt to give the community better deals than the heavyweight tycoon who wants to buy up the whole place and rule over it with high interest rates and a cutthroat attitude.

It's a Wonderful Life is surprisingly powerful, drawing you into the emotion of the journey right from the outset, establishing the core characters even as children before we meet their adult selves, and giving some strong moments that help guide you past the tiny niggles like having Stewart (and co.) play the same character from his teenage years well into adulthood, and leave you utterly invested in the plight of him, his family, and the entire small-town community. Stewart is fabulous (perhaps never better than when he cracks up in front of his young family), and Donna Reed is perfect as his love, with that first 'shared' phone call showcasing some of the best chemistry in the history of film.

A curiously effective companion-piece to Scrooge - despite being something of a counterpoint in terms of the lead character, who here has to be reminded of how good he is, rather than reminded to do good, both involve that quintessential Christmas thanksgiving - It's a Wonderful Life set the mould for underdog tales, and is a highly enriching, emotional watch.


It's a Wonderful Life's 4K restoration has been years in the making, with this UK Ultra HD Blu-ray bow every bit worth the wait, delivering the all-time classic in glorious native 4K with Dolby Vision to boot.


Every bit worth the wait, delivering the all-time classic in glorious native 4K with Dolby Vision to boot

Put together from source material which was certainly not in mint condition, It's a Wonderful Life has had one of the most loving restorations imaginable, pulling from the damage original source a staggering amount of fine detail and rich texture that leaves it as perfect as any fan could have possibly imagined and easily the best that the film has ever looked.

Obviously, it's not perfect - it was never going to be - with some inherent softness not least commensurate to the style of the production, and a few scenes that struggle slightly even despite the best restoration work. But for the most part, it is absolutely wondrous, with stable grain and excellent texture, and HDR and Dolby Vision working wonders to bring up every possible shade of monochrome imaginable from the peak whites through to the deep, rich and inky blacks.

A very good track
The accompanying lossless Dolby TrueHD 2.0 mono audio is also a very good track which delivers all the key elements keenly. There's no sign of any track damage here - no hiss or pops, or high end distortion - with strong dissemination of the dialogue, and some nice atmospherics in the form of blustering wind that will send a chill through your room, bustling banks, households and streets, car noises and even a hectic dance sequence. The score is rich and, when necessary, mysterious, and gets fine presentation too, rounding out a very nice track.


As perfect as any fan could have possibly imagined
It's a Wonderful Life is a timeless classic and has been given some timeless treatment here courtesy of this loving, lavish native 4K restoration, complete with Dolby Vision too. A strong audio track and a decent couple of extras round out an absolute must-have package.