It Runs in the Family Movie Review 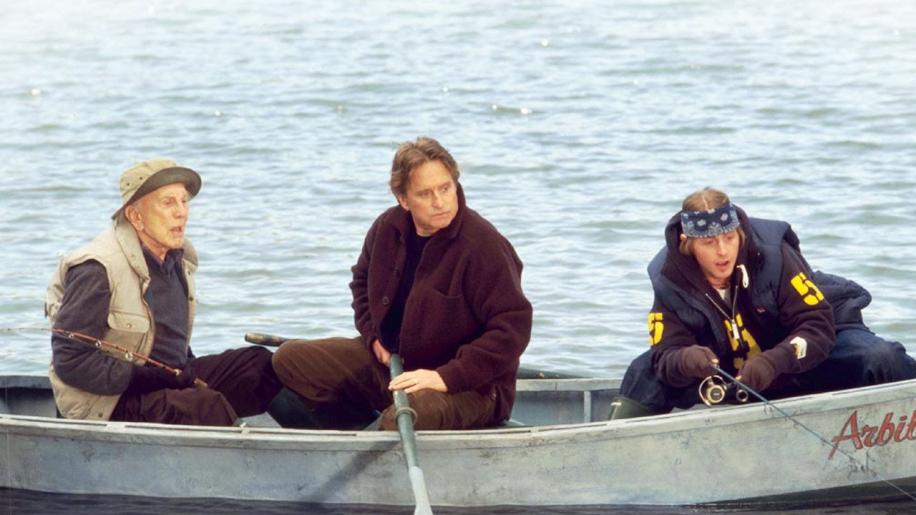 New York lawyer Alex Gromberg (Michael Douglas) lives the American Dream. He has a beautiful wife Rebecca (Bernadette Peters) a successful law firm started by his father Mitchell (Kirk Douglas), and two children Asher (Cameron Douglas), and Eli (Rory Culkin). However all is not what it seems. Scratch the surface and family dilemmas are rife. Mitchell is struggling to cope with a recent stroke, Alex and Rebecca have fallen into a relationship rut, and Asher is flunking high school, while cultivating a handy income selling dope.

It Runs In The Family is written by Jesse Wigutow, and was previously known as Smack in the Puss, Smack in the Kisser, Family Jewels and A Few Good Years. The writer's difficulty in settling on a title reflects the difficulty the script has in finding a focus. The story follows all the family members through their day-to-day struggles. This does not work. There is not enough time given to each character to allow us to get to know them or to care. This is basically a soap opera. We drop in on the Grombergs' lives, spend a few weeks in their company, then we wave goodbye. The story follows difficulties that many families have faced, and offers nothing new or interesting in the discussion or resolution of these problems. You can't help but feel that this is pure small screen stuff, and if it weren't for the fact that the Douglas family (minus Zeta-Jones and Dylan), play the Gromberg family, this movie would never have seen the light of day.

There is not much particularly wrong about the movie it's just...well....bland! The acting is adequate, the direction by Fred Schepisi (Roxanne, Fierce Creatures), is adequate, the score and cinematography is all adequate. You would just expect to see it on T.V after the news at 6, any day of the week. It has so far never had a cinema release in the U.K and as far as I know there are no plans to release the DVD into region 2 so I may be the only person in the whole of Europe to have seen this movie. Trust me, this will not give me bragging rights down the pub. If you yearn for this type of material you will be much better served by The Royal Tenenbaums.