It Came from Beneath the Sea Movie Review 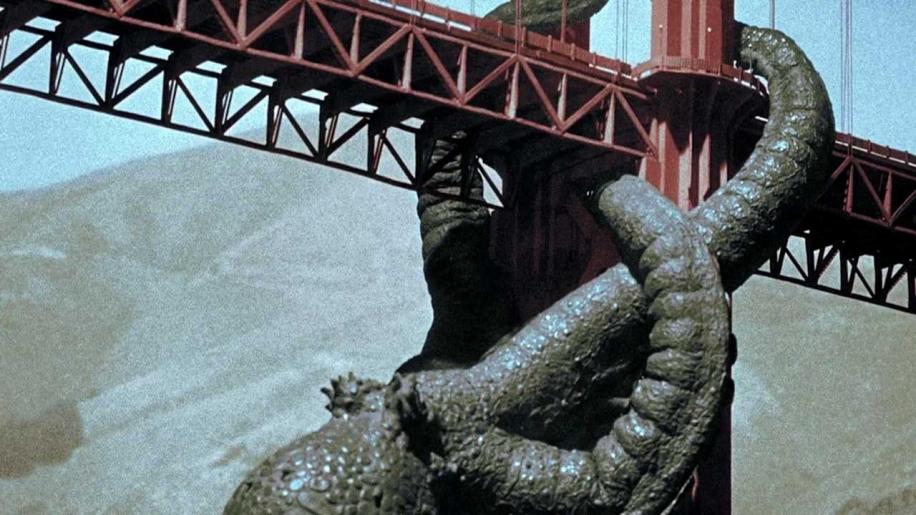 There are many guilty pleasures in life that I'll admit to; the Lego Star Wars games, cheap cider and 80s children's cartoons all rank fairly high but perhaps the pick of the crop is the joy I get from a decent vintage sci-fi. These don't always have to fall into the category of B-movie as I'll happily watch “The Day The Earth Stood Still” et al but for me there is an almost unquantifiable pleasure gained from watching a decent slice of 50s ham, replete with quasi socio-political/ethical quandaries, all bundled together with what were state of the art effects at the time. How such films age is somewhat of a paradox in critical terms as, for many, their charm is found in their antiquated nature, so the simple cry of “it hasn't aged well” rebounds off such fare leaving them unscathed to their devotees. Thus I come to the task of giving my opinion of “It Came From Beneath the Sea” fully in the knowledge that views of this film may be as varied as the species of fish in the ocean from which it malevolently sprang.

If you're unfamiliar with the story, the premise is very reminiscent of many such fodder of the time. Being the so called golden age of such films it follows a formula that was almost universally adhered to. Our narrative revolves around the strange goings on at sea, of disappearing vessels and an atomic submarine that is mysteriously halted by an immovable force. As soon as one hears the word atomic, the plot reveals itself almost immediately, as this was a catch word for sci-fi of the era which gave almost limitless free rein with which to imagine any number of animal mutations and the like. Here it is a giant octopus (though one that was cleverly shot so as not to reveal it had only six legs due to the problems of animating all eight and budgetary constraints) that has been affected, causing it to grow to enormous proportions and seek out a new food source - man!

Whether the storyline is one you may remember is neither here nor there as this is a film that will ultimately be remembered for the effects it used. It was one of the first that Ray Harryhausen worked on and created the partnership between himself and producer Charles H Schneer. This was a collaboration that would last through many pictures and only with “Clash of The Titans” in 1981 did it end, being the final outing for both men. The direction came from Robert Gordon who will be better known for the work he went on to do, mainly in US television. The writing is of particular note due to the involvement of George Worthing Yates who wrote the story and was co writer of the screenplay. He remains somewhat of a key figure within this clique of films having previously co written the 1947 classic “Sinbad the Sailor” starring Douglas Fairbanks Jr and the original story for “Them” (1954). Future credits would include “Earth vs. the Flying Saucers” (1956), “Attack of the Puppet People” (1958), “Earth vs. the Spider” (1958) and the story for “King Kong vs. Prometheus”. However, no matter how many other luminaries of the genre helped mould this movie, it remains very much what has come to be known as a Harryhausen feature. Fans of period sci-fi will also be pleased to see the lead role going to Kenneth Tobey who they'll no doubt recognise from “The Beast From 20,000 Fathoms” (1953) and perhaps most notably “The Thing From Another World” (1951). They'll also recognise Donald Curtis, who puts in what is probably the best performance on show here, who would go on to appear in “Earth vs. the Flying Saucers” the very next year. There is also a fairly strong (by the standards of the time I might add) female lead character in Professor Lesley Joyce as played by Faith Domergue. To place a woman in a role that was anything other than “screamer” or “love interest” was a fairly bold step considering the tight remit within which non male roles tended to be placed. Don't be fooled into thinking that she isn't still helpfully pushed towards the swooning romance angle a few times but there is a hint of feminism afoot, with such quotes about the women of the day as “...there's a whole new breed who feel they're just as smart, just as courageous as man...and they are” which raises a smile for their sheer ham fisted attempts at enlightened views towards equality.

It is in these glimpses that the film becomes all the more enjoyable. The acting isn't of a terribly high standard but the charisma of many a b-movie has always been partially down to the hammy extras and bit part actors rather than in spite of them. The joy for many is to analyze what was paramount in people's minds in this bygone time, as many have noted that Hollywood tends to reflect the universal hopes, fears and collective sentiment at times of even an entire nation. Thus it isn't hard to peel away the monster movie destruction to uncover the sub plot of the worries the public had over the newly emergent nuclear technology and the possible ramifications of its use. It will come as no surprise then that this film was, upon its initial release in the US, part of a double bill by Columbia alongside the gloriously titled “Creature with the Atom Brain”.

All this though is background to what must be considered the star of any such monster movie, namely the beast itself. Here we see, if truth be told, little of it until the end chapters of the film. Once it does appear though, it is unmistakably Harryhausen. Here we see him re-using and refining the technique he termed “dynamation” which he'd used the year previously in “The Beast from 20,000 Fathoms”. Essentially it involves the layering of two separate images and splitting the picture into foreground and background so as to incorporate the stop motion effects in the same frame as live action actors. Those who know the great man's work from such films as “Jason and the Argonauts” will be sorely disappointed to see the work in its infancy but for those who are interested in the history of stop motion animation and Harryhausen, this remains a treat to see. Enthusiasts will be able to watch with delight the technique that would be used a few years later when bringing the ymir to life in the magnificent “20 Million Miles to Earth”. Once our aquatic beast here rises from the waters surrounding San Francisco and grapples, nay, throttles the golden gate bridge and the thundering booms of the traditional monster movie score fill your ears you can almost imagine what it must have been like watching it for the first time all those years ago on the big screen.

If I was going to be hyper critical I'd say that the acting is patchy, the effects unconvincing and the story unimaginative. Surely though, those who know the film will already be aware of its flaws and those who aren't won't be looking to such fare for their creature feature thrills ahead of more modern classics. For those who enjoy a good slice of hammy monster action and low budget kitsch all mixed in with the unmistakable signature creation of a Harryhausen film this remains a true guilty pleasure. Sit in on a Sunday evening, dim the lights, pretend you're at a 50s drive in and sit back and let the solemn looks, alarmist voiceover, atomic scares, paper thin romance and a radioactive giant squid wreaking terror on a coastal community all wash over you.