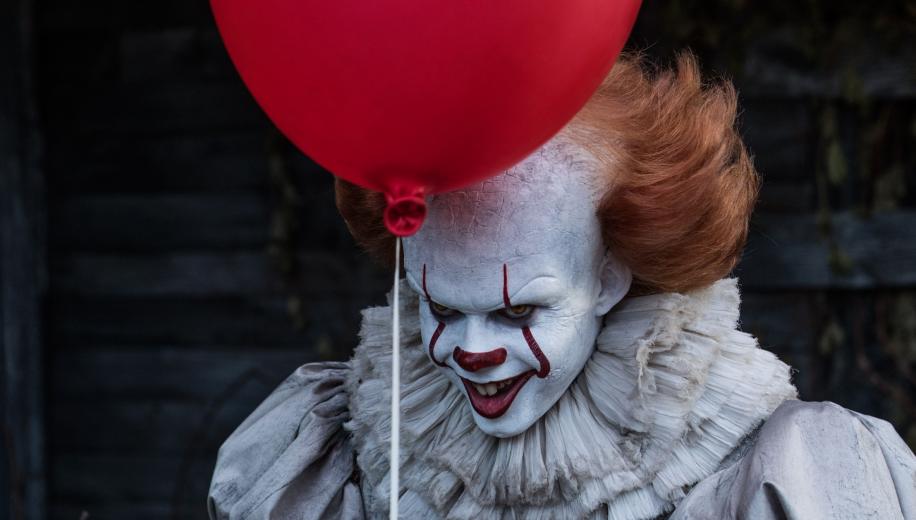 It's rare for a Stephen King novel to get one decent adaptation, let alone two, with the It reboot proving surprisingly effective.

With the excellent Stranger Things Netflix series, now on its impressive second season, it might seem somewhat pointless remaking an 80s novel and film / TV miniseries adaptation which treads such familiar ground - It is precisely the kind of 80s horror which Stranger Things both parodies and pays homage to so sweetly and skillfully, leaving the notion of a straight remake ostensibly unnecessary. Yet here we are, and, if anything, this new adaptation of the classic Stephen King tale (with a Stranger Things alumni in the cast), whilst not besting its preceding adaptation in terms of being the definitive interpretation of the material (at least, not yet, as we have to wait a little longer for Part 2), does offer an engaging, rich and well-developed new look at the subject matter, done in a satisfyingly adult fashion with no holds barred language, themes and gore.
The tale of a psychotic, supernatural entity - mostly manifesting as Pennywise the clown - is the stuff of nightmares. In familiar King fashion, it's plagues the children in the small town of Derry with very personal nightmares (is there a singly King tale that doesn't involve this element), leaving a group of young outcasts to forge together and formulate a plan to literally overcome their demons. The key to making It work was always in the Stand By Me-esque band of children, and they get that just right and, whilst they unfortunately lost writer/director Cary Fukunaga (True Detective) and his vision for the project, the end result still nails the period style, the score and atmosphere, giving us a terrifying Pennywise (perhaps nobody will top Tim Curry) and a band of brothers (and sister) to root for. It will leave you eagerly anticipating Chapter 2.

Although shot digitally at 3.4K, unfortunately this is not full fat release, curtailed in the first instance by VFX rendered at 2K, and then again by a 2K Digital Intermediate. In some respects it's a shame that, whilst we have all the bells and whistles - HDR10, WCG, and Dolby Vision - technically we don't have a native 4K image to enjoy them on. That said, the presentation really is a showcase of some of the best black levels and shadow detail you'll ever see, bathed in creepy darkness and looking far better than it does on the Blu-ray counterpart.


It may not be native 4K but its still demo worthy

Even without much more than a notional technical upgrade in resolution, there is definitely a noticeable uptick in visible detail between the Ultra HD Blu-ray release and its Blu-ray counterpart, and undoubtedly a part of this is that aforementioned immense shadow work. Everything from extreme close-ups, which afford skin textures, clothing weaves and background nuances a richness of observation that is simply dialed up a notch in 4K, to the broader sequences that are extremely intricate in background flourshes, looks impressive, and whilst the film is far from a bright affair, the Ultra HD Blu-ray casts it in an almost literal new light, with HDR opening up the shadows and WCG bringing the tones to life with a newfound richness previously lacking somewhat (the yellow of the anorak and even the subtly changing colours - and occasional outright glow - of Pennywise's glimmering wonky eyes). Wood tones are rich, paintings are vibrant and stained glass has never produced such vivid colours before.

Even though the palette has been given a distinctly 80s period flavour, WCG kicks it up a notch, maintaining the period feel but giving it a rich vibrancy that the Blu-ray simply lacks. Where it falls down is - as is fairly common for the format - in terms of sheer realism, drawing added attention to anything that involves CG, but certainly the positives vastly outweigh the negatives, with the image absolutely decimating its Blu-ray counterpart in terms of colour vibrancy, shadow design and black depth. It may not be native 4K but, in its own way, its still demo worthy.

It excels on the aural front, wielding immersive HD audio in the form of Dolby Atmos, itself founded upon an already outstanding Dolby TrueHD 7.1 core which is hard to fault in its own right.

Right from the outset, the track knows just how to creep under your skin, with disembodied voices echoing across the surrounds, as the light patter of rain invades your living room. Atmosphere is key here, and the superbly designed soundscape immerses you in the proceedings, leaving you on the edge, waiting for the next scare. When they come, they come hard and fast, bringing LFE weight and hitting you like a jolt, and whilst the film uses more than its fair share of jump scares, the soundtrack certainly makes the most of them.

It's an expertly designed soundtrack, immersing you in the wind and the raid, making you feel the claustrophobia of the echoing sewer tunnels, and the terror that tightens its grip at every stage, whilst the score - from the co-composer on Blade Runner 2049 - brings just the right period feel forward, and also knows just how to get to you, channeling emotion for the more psychologically horrifying moments too (oddly some of the creepiest moments don't even involve Pennywise, but actually very real predatory threats from far closer to home). A great track in every respect, and a fabulous accompaniment for the film.

Not exactly feature-laden but the extras are pretty good

The Ultra HD Blu-ray disc of It itself ports over none of the extras from the accompanying Blu-ray release, forcing viewers to flip the disc to access the additional material. It's not exactly feature-laden either, but the trio of quarter-hour Featurettes are pretty good, with Pennywise Lives! looking behind the iconic clown and his reinvention for this remake, The Losers Club spending some time with the kids, who looked like they had a great time working on the production, and Author of Fear spending some time with Stephen King himself. The disc is rounded off by a further quarter hour of Deleted, Alternative and Extended Scenes which are worth checking out and make you wonder whether, after the release of Part 2, there could be a grand extended version of both movies put together (as with the original adaptation).

It will leave you eagerly anticipating Chapter 2

That rare remake which at least competes with the original adaptation, It is that even rarer successful adaptation of a Stephen King novel, and, together with the upcoming second part, it may end up being the definitive interpretation of the book - we can only wait and see. The Ultra HD Blu-ray release provides excellent video which offers demo shadow design like you've never seen before, whilst the accompanying audio is reference through and through, leaving this a must-have release for fans and well worth investigating.