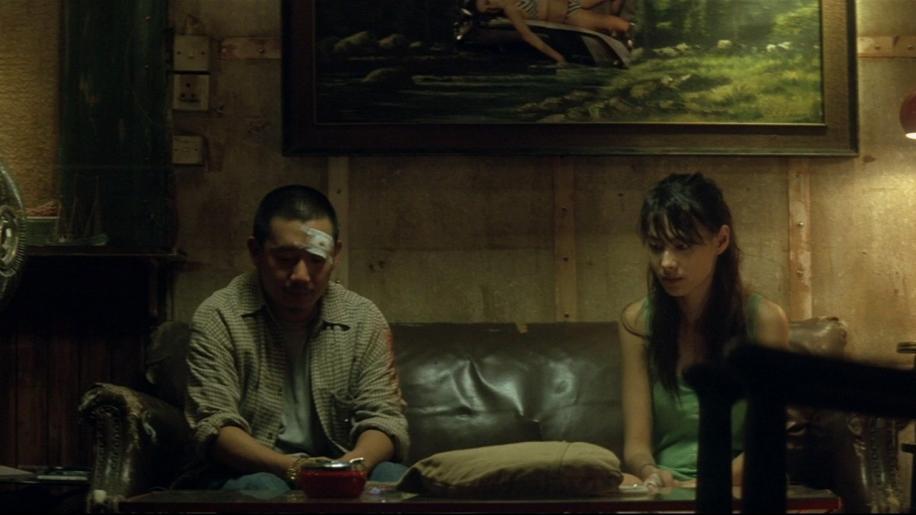 Given that the majority of Eastern films that make a significant impression on Western audiences are either tales of seedy criminals or steeped in the region's historical grandeur, it is often overlooked how many emotive low profile pieces emanate from the region. Stories of complex relationships and post modern angst such as Isabella, directed by Pang Ho-Cheung, raise their head from time to time but they all too frequently fall below the waterline of edgier fare that is evidently more marketable. This though should not be mistaken for more universal, as the themes explored by such luminaries of modern thoughtful Eastern cinema as Wong Kar Wai have their roots firmly in subject matters that we can all identify with. Pang may not have the reputation of Wai but he is slowly crafting a portfolio of work that arguably covers wider genres and yet still retains the intelligence and subtlety of his more famous peers.

Set in Macau, at the turn of the millennium, it tells the tale of Ma Chen-Shing, a police officer who is suspended for corruption. Not that you'd know this from watching the film as this is information that is slowly drip fed to the viewer yet is emblazoned across the back cover of the Blu-ray with disregard for the effect it has on the experience the director intended those watching to have. It goes on to explain that he tries to find solace with a girl whom he tries to sweet talk into bed, only to have her drop the proverbial bombshell that she is actually his daughter. Again, if I am to offer any kind of advice in this review, it would be to ignore virtually everything you read in the printed summary. Not only does it make the plot sound all too simplistic, but it also sets almost completely the wrong tone. I understand that this may seem a touch pedantic to be starting a review by critiquing the précis, however, if you are one of the many who like to peruse the case before popping the disc in, then you may be in for a slight shock.

What sounds like a simplistic daytime movie affair is in fact far darker during its opening act. Pang's use of the extremities of the frames to contain the focus of the shot (which I'll go into later) or alternatively cutting out important information, is engineered in an extremely clever way in this first foray into the meetings of father and daughter and the resultant atmosphere is unsettling to say the least. It is an interesting film to watch, with recent discussions on the forum (and elsewhere) about filming practices, “safe action areas” and the simplistic ways in which 2.35:1 movies can be opened out or cropped to narrower aspect ratios, here is a clear example of a piece that was shot with the intention of one ratio. Pang couples pushing characters to the extremes of the frame with slow shots, seemingly containing little but helping to add together to create a palpable sense of fracture following this first encounter between the two. The majority of the film takes place as a singular timeline, but in these initial meetings the perspective is skewed and we as the viewer bounce back and forth between the past and the present, both years and hours ago. This not only muddies the waters in terms of coherence for us and makes for an almost puzzle like enigma of these moments, but also helps us to understand the confusion of both protagonists. Pang throws us into the mire of mixed emotions and restrained familial contact in a way which is extremely effective. It has to be one of the best opening first thirty minutes I have seen in terms of pacing, set-up and execution.

Once the initial hurdles of their actually meeting and the shock subsides to a certain degree, the story begins in earnest. The daughter, Yan, seems to want little to do with her estranged parent, instead simply demanding money from him. Having recently lost her mother to illness and fallen in arrears with her rent, she needs to gather enough to pay her landlord so she can get back into her apartment and see her beloved dog - the titular Isabella. It may seem strange to name a film after an animal that remains unseen but it is a key plot point and one around which many of the pivotal points of the burgeoning relationship between father and daughter revolve. The animal has no great screen presence, and I wouldn't wish to spoil the impact it has and how it has an effect but suffice to say, it is placed squarely between the two as a necessity for them to come together and turns into something that not only cements their relationship, but also highlights how close Yan becomes to her new found parent. The acting of this slow progression towards togetherness is for the most part handled very well. Chapman To (who also co-produced the film) remains one of Chinese cinema's most under-rated talents, with a wealth of roles under his belt, he clearly works well with Pang, having teamed up with him previously. His ability to give capable performances in a co-starring role are well documented but as a lead he may still be considered a slight gamble - his name won't draw crowds, nor will it be sung aloud on blogs of cult films. Luckily, this seems to be almost the type of career he has fashioned for himself and it suits him to a tee. The role of Shing seems almost tailor made for his type of understated acting, being full of tired sighs, droopy looks and exhales of smoke. Across from him is Isabella Leong, the teen model-turned-singer-turned-actress who will be perhaps best known in the West for her part in The Mummy: Tomb of the Dragon Emperor (2008). She is still a relative new-comer to the profession, having only a few credits to her name (though she has notched them up in just four years) and though her performance is generally good, it pales at times in comparison to To's restrained subtlety. This would be more of a criticism but given one of the film's central themes is that of youth and care free living, in comparison to taking responsibility for one's actions, the moments of over-acting can be seen as youthful exuberance and in keeping with the oddities of her character.

The star of the show though is neither of the central figures, as Pang's thoughtful direction overshadows both. It is at once artistic and also functional. There are no instances of shots that have been pushed into the mix for nothing more than aesthetic value, as each contains information, no matter how abstract. Virtually every inch of celluloid contains the characters or a scene into which they will appear, with only one coming to mind that was purely a framing of telephone lines up against an evening sky, tangled and intersecting like the web of the story itself. The slow pans are creative and imaginative, the camera moving gently and allowing figures to swagger into view and then disappear. Similarly, a look into an empty apartment is punctuated by life as Shing raises his head from the couch that was below the audience's view. Each instance has clearly been pored over and the thought that has been put into the framing is a joy to behold, with my personal favourite being the creative use of shooting through objects. Whether it be the ornamentation of a restaurant or the ironwork and concrete of the Portuguese architecture, the effect is wonderful to look at and never seems out of keeping with the mood and pace of the piece as a whole. Once you factor in the music by Peter Kam, for which he deservedly won a Silver Berlin Bear for best film music at the 2006 Berlin International Film festival, you have a finished work that ranges from the early tone of darkness to the later absurd whimsy of lessons in life and responsibility, with an unexpected ease of transition. The acting may not be perfect but the inventive direction, exquisite score and thoughtful emotional journey more than make up for it.