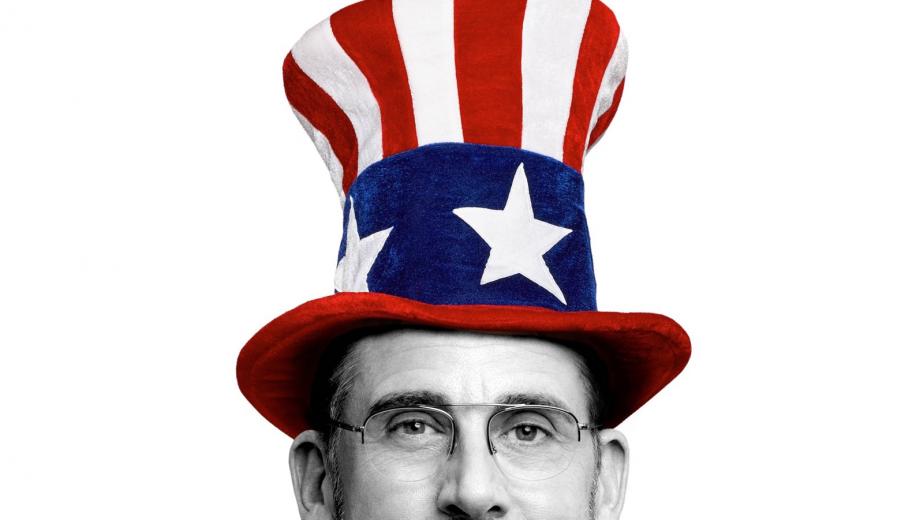 As the formerly cinemagoing public wait with bated breath to see if Tenet keeps its end of month release date and cinemas actually reopen, a few originally theatrical films keep dribbling out onto digital with very little fanfare indeed. The latest premium rental is the Steve Carell political drama, Irresistible, which doesn't really stand up alongside some of his other, more impressive, satirical roles in the likes of The Big Short and Vice, but is a pretty engaging effort for the most part, only going off the rails with its left-field finale, leaving it hard to see why this would have ever been in the theatrical running in the first place, and probably would have been a better fit as a streaming original on Apple, Netflix or Amazon.

After crashing and burning backing the wrong horse in the 2016 election, Democratic campaign guru Gary Zimmer sets his sights on a middle-of-nowhere small town Mayoral race, seeking to give an underdog reclusive former colonel a shot at the title, and putting all of his fundraising skills and spinning efforts into making something out of nothing, even attracting the attention of his old nemesis, Faith Brewster as he whips up a storm in the local town.

Irresistible is a walking political commentary about the broken system of political campaigning, which somewhat disingenuously disguises itself as something both more and less - namely just a traditional underdog tale of values and small town decency overcoming Big City cynicism and money-sightedness. Perhaps too clever for its own good, it ends up rather irresponsibly showing up its own audience, taking them on a ride in one direction, when actually it's got a whole different message, and one which it then seeks to slap you in the face with.

Despite this, the message is clever, and the framing of it clever too, showing up the corruption of the system quite ingeniously, and throwing a curveball at your expectations over every move, every manoeuvre and every character motivation along the way. It just does so with such utter disdain for its audience that you can't really do anything more than admire its single-mindedness as you walk away to deal with the bitter taste in your mouth.

Probably would have been a better fit as a streaming original on Apple, Netflix or Amazon

Carell is the best thing about the production, and has had a series of strong choices in recent years, what with The Big Short, Vice and then Apple's The Morning Show, here wisely playing out both a serious role and one which wields a fair amount of wit - his frustrations invoke some of the best laugh-out-loud moments, and he plays it perfectly - whilst a slew of strong co-stars colour in the peripherals: the ever-reliable Chris Cooper, the increasingly impressive - though here woefully underused, and possibly even mis-used - Mackenzie Davis, and a deliciously nasty Rose Byrne.

Ultimately, the pieces don't quite come together the way they were clearly intended to, with Irresistible often teetering closer to being more insulting than impressive, wasting its talented cast and arguably even discarding its lynchpin in a bid to 'make a point'. Well, bravo, it made its point. It's just a shame it had to make fools of everybody to get there.