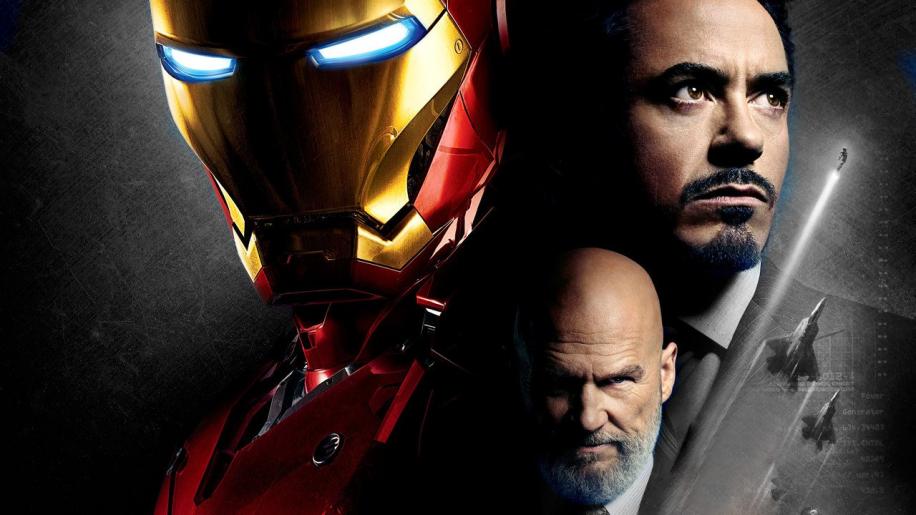 It seems that every year we get at least two new superhero movies. This year we have been spoilt and have had three - and all of them have been big budget blockbusters bursting at the tights with Hollywood A listers. Everybody wants to get in on the act - but not everybody can do it (Remember the awful Batman & Robin?).

The biggest summer blockbuster this year was a superhero movie - The Dark Knight - had people the world over glued to cinema screens in awe as the caped crusader was brought to life by Christopher Nolan and Christian Bale. Of course, Batman is one of the biggest selling comic books in history - but I suppose they could have got it oh so wrong...

Way down the list of popular superhero is Marvels Iron Man. Known because of his involvement with The Avengers at an early stage (that team involved more well known heroes, which is probably why it sold so well), many-a comic book fans eyebrows were raised when it was announced that the iron clad one was going to be their next big budget release. Rumours had been around for some time about the films appearance - and one name was always linked to the film in the starring role - Robert Downey Jr. If ever an actor was put on this planet to play a particular role, the role of Billionaire weapons manufacturer Tony Stark was made for Robert Downey Jr - even more so than that of Charlie Chaplin that won the star a leading mans Oscar some years ago.


I read an article in Empire Magazine magazine recently. It was actually about the Bond films - and it seemed that the films that stuck the closest to Ian Flemings plot in the book were the most successful and best of the franchise. Maybe director John Favreau read the same article because he follows the story from the early Iron Man comic books very closely. Back then, Tony Stark was kidnapped whilst in Vietnam trying to sell weapons to the US army and demonstrating them whilst taking out the Viet Cong.

Brought bang up to date, Stark is trying to do the exact same thing here - only it's somewhere in the Middle East - we never really find out where but can take a guess at it being Afghanistan as the enemy depicted in the film use a lot of discarded Russian equipment. Stark is taken away by this enemy and hidden in a cave - here he is ordered to build the terrorists a super weapon...but he was injured in the contact that resulted in his capture and has shrapnel in his chest. This shrapnel is moving towards his heart and will eventually result in his death.

He is held captive along with a doctor who puts a device into his chest - it turns out to be a magnet and is holding the shrapnel back from Starks heart.

Disgusted by what he has seen, Stark refuses to build the weapon - and instead uses the materials to build himself a suit of iron that is powered by an improved version of the magnet he has built. Of course, he has no fancy tools with which to build this suit so just welds together some sheets of iron - and uses his genius at designing weapons build the mechanism to move the suit. Of course, what we actually have is the original grey Iron Man suit that the hero originally wore in the early comic books - but this had true believers everywhere smiling from ear to ear. Early pictures of the grey suit were “released” onto the internet months before the film was canned and Iron Man fever started to buzz around the planet.

Of course, including the original grey suit wasn't the only stroke of genius by the makers - the casting of Robert Downey Jr as Tony Stark/Iron Man was a masterstroke. There is so much of the man in Stark that half the time your watching the film, you wonder whether or not Downey is acting or is he just being himself...this is probably the best casting decision since somebody a Columbia Tri-star had the idea that it would be cool to make James Bond blonde...


Of course Iron Man escapes the clutches of his captors and makes it back to the US - and stuns everybody when he makes the announcement that Stark industries will no longer make weapons - a decision made of his own back - much to the annoyance of chief executive and potential super villain Obidiah Stane (played by a shaven headed Jeff Bridges).

But the first thing that Stark wants to do is go back to where he was captured and destroy all the weapons that somehow have gotten into terrorist hands. To do this, he designs and develops a better version of the suit he used to escape and Iron Man is born.

From here on in, the movie kicks into overdrive and is one huge action set piece after another - it really doesn't know when to let up.

Everything about this film reeks of brilliance. From the casting (check out Gwyneth Paltrow as Pepper Potts - easy tiger!), to the story, to the obvious devotion to the fans of the comic books. This aspect particularly pleased me because we have been let down so many times in the past (Green Goblin anyone?). There's also more than a hint at another film, possibly two with references to Iron Monger and War Machine - though you may not pick these up if you're not a fan. This film proves that you can make a great movie from a comic as long as you stick to it's simple formula. I for one can not wait for Iron Man 2 (please!!) and can recommend this film to everybody - without caveat.