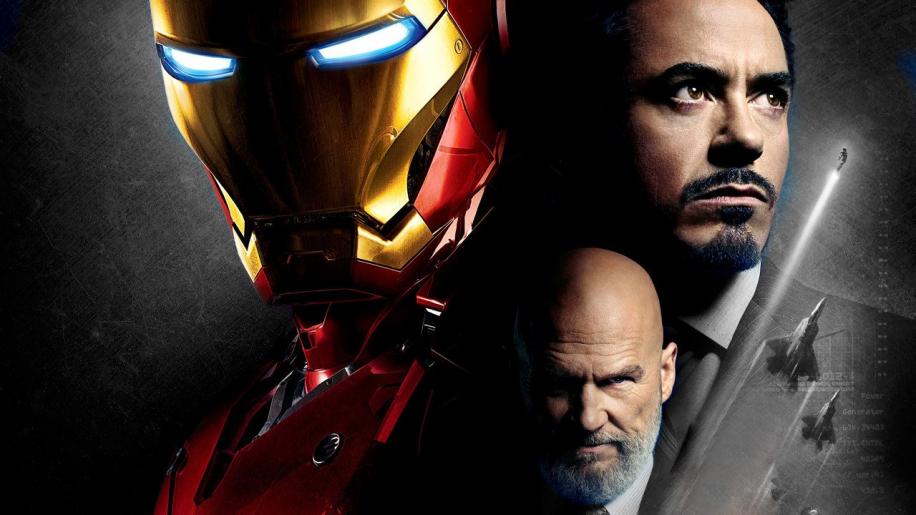 The popularity of superhero movies has led to the inevitable - every last comic book hero is being prepped for the Big Screen, from Green Lantern to Wonder Woman, Captain America to Thor. Although DC Comics have the big boys - Batman (the current franchise of which has achieved perfection) and Superman (which was marginally disappointing and not successful enough for such a big name) - Marvel have some serious contenders as well, but with the main crew - Spiderman (1, 2, but not 3), X-Men (1,2, but not 3) and Hulk (meh, Norton's “reworking” was closer) - all doing well, and holding true, it was only a matter of time before some of the others joined the gang. I didn't really know much about the origins of Iron Man. He was a cool character to have in the Ultimate Avengers, a fun member of a team, but as a lone entity I could never really be bothered to follow his plight. So when I heard about a new Iron Man movie, I just figured they were trying to further saturate the Superhero movie market with what is, ostensibly, a story about a flying Robocop. I was wrong.

Tony Stark is a multi-billionaire, with his own company, his own jet and his own island, as well as his pick of top models to make a pit-stop in his bed. He is charming as hell, although he rides a fine line between that and just outright smarminess, and he is totally full of himself - but - almost justifiably so. He makes his bucks from supplying super-ninja weaponry to the military, but when he gets kidnapped and tortured into building some deadly terrorists a weapon (out of bits and pieces from his own company's equipment), he has a change of heart - both literally and metaphorically. Not only does he decide no longer to be involved in the weapons industry, but shards of shrapnel inside his heart leave him incapable of surviving without a ninja electromagnet strapped to his chest. Oh, and he built a robotic exoskeleton to run off the same ninja electromagnet generator on his chest, and said robot suit can blow the hell out of a small army. Witness the birth of Iron Man, as Stark soon finds himself battling terrorists - foreign and domestic - under his self-appointed “manufactured” superhero guise.

Iron Man rocks. It is a truly entertaining, fun, stylish, explosive comic-book affair. It has a nice backstory, some decent enough characterisation, and more than enough charisma to carry you through the less plausible moments. Or is it Robert Downey Jr's Tony Stark that I'm talking about? A child prodigy at electronics and mechanics, made successful through inherited wealth, he oozes unquestionable charisma, his magnetic personality backed up by wealth that allows for jaw-dropping expenditure. Ironically, Downey Jr seems so at home in the role that you might wonder whether he was just being himself (it is clear that he ad-libbed much of the dialogue), and it is probably his input that turns this movie from average into fantastic. Cruise was originally in line for producing and starring in the movie, and whilst he might have brought charisma and some emotional gravitas to the role, he could never have brought the wit that Downey Jr so effortlessly and naturally provides.

And for all the women throwing themselves at Stark, it's the one girl who is by his side day in and day out who really makes a difference - Gwyneth Paltrow's pretty personal assistant, Pepper Potts (give it up with the alliteration Stan Lee). Paltrow arguably achieved fame through both her performance in Seven and her dating co-star Brad Pitt, but Shakespeare in Love pretty-much guaranteed her reputation as a quality actress. Despite this, she has never been quite as successful as I would have expected. Here, in one of her few blockbusters, playing the gorgeous Pepper Potts (hmmm, beautiful redheaded chica, mmmm) she's never looked better, and the chemistry between her and Downey Jr is superb, their witty banter laced with cheeky foreplay. Their union is far more convincing than the comparable parts in both Batman and Superman, and up there with the best of what the Spiderman romance had to offer. Filling out the cast we have the brooding presence of Jeff 'Big Lebowski' Bridges as Stark's mysterious business partner Obadiah Stone (allowing for plenty of evil stares) and Terrence 'Crash' Howard as his military buddy Colonel Rhodes (at his best when he's boozing with Stark).

Iron Man is a great example of a slightly lesser-known superhero being brought to the Big Screen in the best possible way. Far from just Robocop with wings (although it does have its moments), this is a really entertaining ride, that avoids cliché and stories that have been done before in favour of some quite unusual political stances and 'heroic' actions. Visually, it is also a landmark feat - although you'll exclaim “dead!” (when something happens to Iron Man that would leave Stark dead if this was in the slightest bit founded in reality) over a dozen times in the movie - you are prepared to forgive (often in much the same way as Transformers) because it simply looks amazing. And, as is increasingly the case with comic-book interpretations, the best visual antics, and possibly the best action sequences, are often between the hero and military forces, rather than in a mano-a-mano fight with his super-villain opponent. So, whilst the other obvious comic-book characters are either referenced or included (Iron Monger and War Machine), the best battles occur earlier. Still, watching two people in giant armed exoskeletons beat the hell out of each other on a busy highway - often using vehicles for effect - is robot battle at its best (even possibly what was missing from some of the robot fights in the aforementioned Transformers). Iron Man may not be perfect, mainly because the character/superhero himself will never be Batman or Superman, but this interpretation is superior to many counterparts (including both versions of the Hulk). And for newcomers, not so familiar with the comic superhero universe, this is a highly accessible action adventure, with plenty of humour and charm, and Downey Jr on top form. Bring on Iron Man 2.