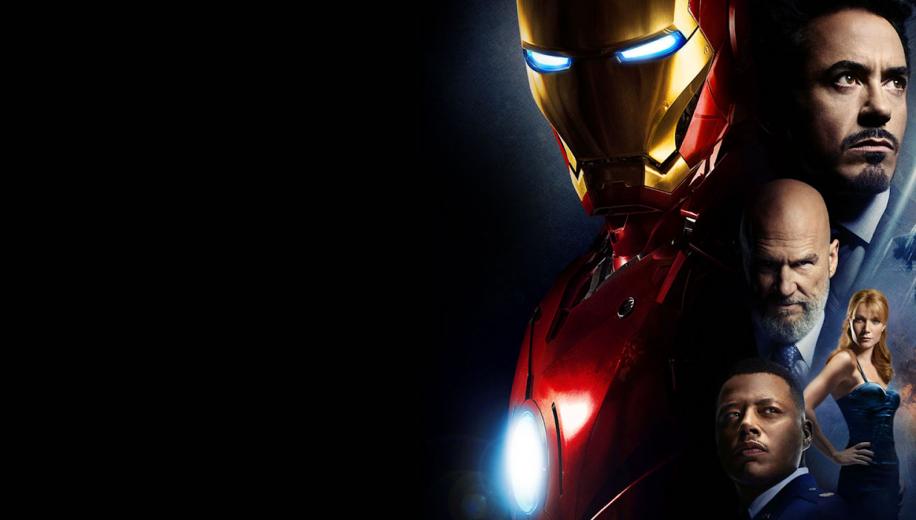 The rock star that kick-started the Marvel Cinematic Universe, Iron Man remains one of the strongest superhero origin movies.

It's curious thinking that there was a time when people were actually in doubt over whether or not an Iron Man adaptation would work. Sure, DC were on the rocks, but there was no such thing as the Marvel Cinematic Universe back then, and Robert Downey Jr. was hardly a sure bet - quite the opposite. Yet actor/director Jon Favreau knocked it out of the park, and Downey Jr. carried the ball across the finish line to cement one of the greatest comebacks in Hollywood.

The end result was a tremendous piece of pure entertainment, and one hell of a start to what would eventually become the biggest film franchise in history. Downey Jr. - who had already had several up-and-down decades in the industry, utterly embraced this pivotal role, becoming not only the founding member of the Avengers but the backbone of the entire MCU, something which would carry through not just a trilogy of solo features but actually ten appearances across a decade of movies, culminating in the groundbreaking two-parter Avengers: Infinity War and Endgame, and even echoing on into Spider-Man: Far From Home.


Downey Jr. utterly embraced this pivotal role, becoming not only the founding member of the Avengers but the backbone of the entire MCU

Downey Jr.'s Tony Stark remains an interesting sort-of twist to DC's equivalent non-super-powered millionaire technology-reliant superhero, Batman, and, with that kind of hindsight, it's easier to swallow the fact that - against initial expectations - he would go on to be the most important character in this universe. Cocky, arrogant and hardly ever seen without a drink in his hand, the young genius inventor's transformation into Iron Man is a compelling origin story, packed with strong supporting characters (Jeff Bridges chews his lines as a meaty antagonist whilst Gwyneth Paltrow simply glows as his beleaguered loyal secretary) and absolutely kick-ass action set-pieces that were but a taste of what was to come.

Throughout it all, Downey Jr. and his razor-witted, likely frequently improvised lines, remains the defining element, helping set the tone not only of the Iron Man series but arguably the entire MCU. Indeed it's only a stunning start such as this that made the rest possible.

Iron Man comes to UK Ultra HD Blu-ray courtesy of Disney, marrying up to their identical US release which is actually released after the UK set (albeit by one day, much like Alita: Battle Angel's 4K release). Shot on 35mm film, but ostensibly limited by a 2K Digital Intermediate, the end result is largely impressive.

Iron Man has actually already been released in 4K in Germany (a disc we reviewed here), although not by Disney, and the difference is immediately noticeable in terms of both detail and - perhaps even more pronounced - the implementation of the colour scheme. Fans should rest assured, Iron Man has never looked this good, even on its decent Blu-ray rendition, with a tangible uptick in visible detail here bringing textures and lines on faces, backgrounds and tech to life like never before. Rumours of excessive DNR implementation should be moderated, largely depending on personal preference - the film has clearly been cleaned up and polished to bring it in-line with the later digitally-shot features, which removes large amounts of grain (although, curiously, leaves some frozen grain and artefacting on a few horizons - the desert scene stands out) but nonetheless the detail brought out is superb.

Within minutes of spinning the film up, you should marvel at almost all of the sequences with Stark in captivity, showcasing fabulous acres of detailing which we've never been privy to before. Sure, the relative lack of grain understandably sets off warning bells, however, the image has been refined so impressively that few will have any legitimate complaints about the end result, but for a stylistic choice that leaves it somewhat different from what we've seen before. This isn't a controversy like the Terminator 2 4K release, this is just a rendition of the now-classic 2008 feature that falls in-line with the later films, and marries up with the work they did on Winter Soldier's 4K release.

At the end of the day, perhaps as always, HDR and WCG should win over even those more frustrated by any stylistic changes. Both tools have been expertly utilised here, and you only have to look at the German 4K release to realise what inexpert implementation delivers. Finally, Stark doesn't look like he's wearing several layers of lipstick, and skin tones aren't running ridiculously hot throughout, and the colour palette isn't woefully overblown - it's all very natural here, leaving room to impress with key elements like explosions, the standout flamethrower sequence and, of course, the all-important arc reactor, which positively pops out of the screen. Hell, even the few moments where the effects were more noticeable (like when he's in his first makeshift suit, kneeling on the floor, surrounded by CG flames and explosions, and getting shot at from every angle) have been rendered like never before, impossibly almost better integrating this effects work than before. Black levels are inky and rich, with shadow detail also superbly rendered - those aforementioned capture sequences have some exceptional shadow usage, and often provide some of the most surprisingly impressive shots in the film. If you can accept this is a 2019 4K vision of 2008's Iron Man, then you should surely be more than happy with it.

Iron Man has always excelled on the aural front, whether on the original Blu-ray release, or even the recent German 4K release, but this is the first time it's been given a much-deserved 3D Object-Based High Definition immersive audio upgrade in the form of Dolby Atmos and, given Disney's form when to comes to Atmouse(TM) tracks, it's understandable that there may have been some concerns about the rendition of the immersive audio. Thankfully, this is an absolutely stellar presentation, carrying some seriously grandstanding weight right from the cold open, whipping effects around your living room, rumbling the floor panels beneath your feet and delivering much of what you could possibly want from a decent Atmos track.


The 50 cal. will rattle your eardrums, the Jericho will decimate your roof, and you'll likely fall out with your neighbours.

Dialogue remains clear and coherent throughout - effortlessly delivering Downey Jr.'s effortlessly-delivered lines - whilst the heavy metal rockstar score, defined by AC/DC's Back in Black, sets the tone from the outset, and gets thrumming bass-laden coverage across the array. It's the effects that really impress, however, bringing the early military action to life in your living room, and hitting you with every single explosion from there on out. The 50 cal. will rattle your eardrums, the Jericho will decimate your roof, and you'll likely fall out with your neighbours. Outstanding.

Nothing on the 4K disc, but the old Blu-ray comes along for the ride, complete with all the old extras

Following up their impressive work on the Captain America Trilogy, and with not long to go until the Thor Trilogy lands, it's a travesty that it has taken this long to release these pivotal MCU movies, but thankfully this official Disney release proves worth the wait, delivering all the video and audio upgrade fans could have hoped for, and leaving this Iron Man Trilogy set an absolute must-have.