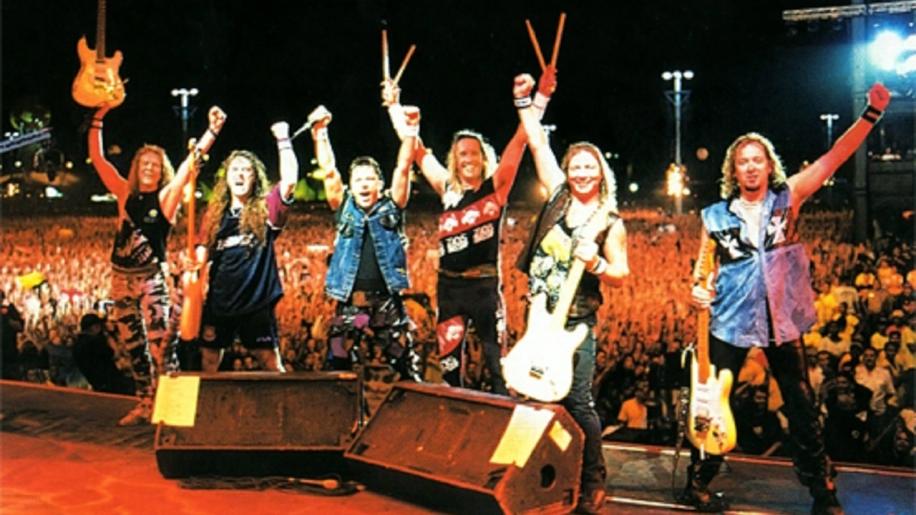 So naff and unfashionable they're now fashionable all over again (Teenage Dirtbag, anyone?), this is the first DVD from prototype heavy metallers Iron Maiden, who sold out a 250,000 capacity stadium in Rio in 2001. Dean Karr, who directed the band's Wicker Man video, captured it on 18 cameras and it was edited by bassist Steve Harris from 60 hours of tape. The two hour stage show takes in 18 tracks, from the Brave New World album and classics like Number of the Beast, Fear of the Dark, and Run to the Hills. It's certainly spectacular, though it's a pity the sharp, colourful image is only 4:3. You could always unfold the pop-up sleeve and prop it in front of the TV.

The sound is another matter. Though you have a choice of Dolby Digital 5,1 or DTS, crowd noise is overwhelming in both and we couldn't find a setting where you could actually hear singer Bruce Dickinson properly.

The bonus is a 50-minute extras disc with interviews, a tour documentary, a collection of 50 photos presented with commentary, and some Easter Eggs. Almost a very good disc then, but finally disappointing in its sound and picture presentation.