An average but functional shooter 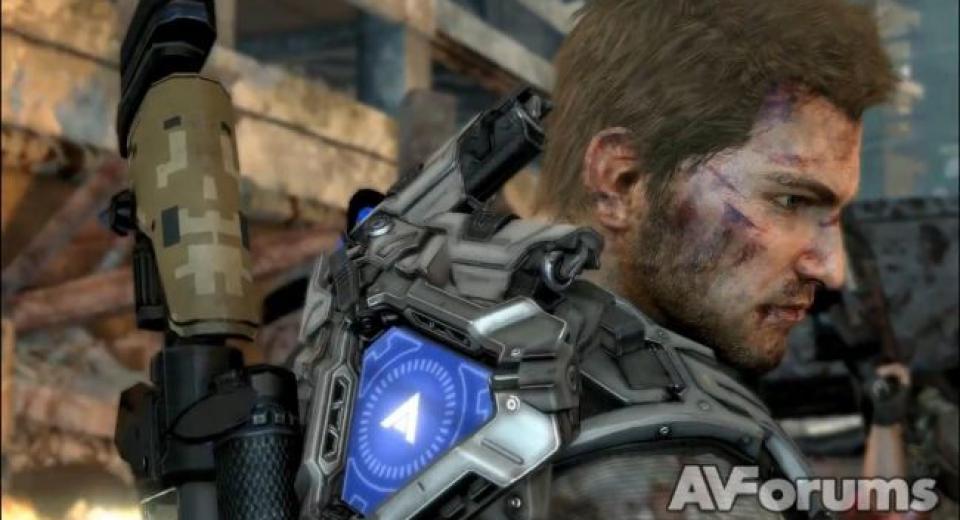 It’s never a good sign when a game is delayed twice before it actually launches at retail. What’s even less assuring is the fact that it got delayed until Friday the 13th of July so those of a superstitious disposition will have their doubts about Inversion based on this fact alone.

Inversion hasn’t had an easy ride as I mentioned above; getting delayed twice which inevitably will have reduced the interest in it. Delays are never a good sign, so Namco Bandai and Saber Interactive best make up for these periods of absence now Inversion has reached its fan base.

Namco Bandai are well known for publishing games originating from the East or those that may not be picked up by the bigger publishers in the industry. Here they have backed Saber Interactive who most notably were involved in the production of Halo: Combat Evolved Anniversary so they must have a good idea of what they’re doing right?

The main premise behind the title is that fictional Vanguard City has been overrun by an underground mob of ruthless savages; the Lutadores. The Lutadore, despite having poor verbal communication skills, have managed to manipulate gravity at their own free will. Of course, the city turns into bedlam instantly with the Lutadore setting up camps and bases sporadically around the place. For reasons unknown to both sides, certain areas have turned into zero-gravity pockets of mayhem and it’s your job to curb this. Playing as cool, stylish cop Davis Russel you are not only on a quest to defeat the Lutadore threat but also to find your wife and daughter who were kidnapped during the invasion. Joining you on the way is your straight-talking partner Leo Delgado who you share a little bromance with. The game plays out in the third person offering cover-based shooting with the twist of being able to manipulate your surroundings with your gravity gun.

Whilst Inversion takes place in a major city, which should be a massive playground for you, the game is pretty linear rarely offering a choice of two paths to take when it comes to advancing through each level. Even then, it feels as though neither will affect the outcome of your mission whilst the destructible cover and environments are only in place during set-pieces whereby it is necessary to advance.  A harsh criticism perhaps, but you expect destructible environments to be featured throughout and not just at regular intervals.

Your adventure begins with the two lead men riding through Vanguard City on their way to Davis’ apartment when all hell begins to break loose in the city centre. Cars pile into one another, civilians run for their lives and gunshots ring out in the background and naturally you head off to find out what is going down. As a result of this, your situation spirals out of control and you find yourself imprisoned by the Lutadore menace.

The story, which is constantly driven home at each turn, should pull at your emotions through the sickening torture the Lutadore conduct on their prisoners and the peril that Davis goes through whilst finding what happened to his family, but it simply doesn’t. The 3rd person shooter feels bereft of any sort of emotional ties or reason to care about what you’re doing. The voice acting and the script are your usual ‘Eastern developer trying to mimic a Western developer’ fare, so expect some over-the-top F-bombs and numerous other swears for good measure. Neither of them are terrible to an extent you’ll want to hit the mute button, but the cheesiness of it can get a little irritating at times.

The main feature that has been boasted throughout development is how the gamer has the ability to manipulate gravity at their own free will upon the acquisition of the Gravlink device. Whilst the actual implementation of this feature works well during combat and puzzle solving, it mostly feels like a cheap add-on to the main gameplay; you can easily go through section after section of combat without actually using the device. As you advance through the game, your device gains new abilities which is obviously an attempt to keep the combat sections feeling fresh but they only have a novel value despite been quite unique.

Inversion has an eerily familiar feel to it throughout; from the bromance you share with your partner, to the 3rd person cover mechanic it has all been done before elsewhere and in this case, a lot better too. By no means does that mean the game doesn’t work or it is poor, it is just frighteningly average as a result of its persistence in taking inspiration from some of the big games out there already. The bromance and cover-based shooting is reminiscent of Gears of War whilst the take-over story reminds you of inFAMOUS 2 or Prototype.

This is a shame because the actual mechanics are solid and the gunplay is quite fun at times, especially when tactics are enforced to flank or out-manoeuvre your enemies. Your choice of weapons is a little bland, consisting of the staple assault rifle, sniper rifle, shotgun and heavy weapons but they all suit their roles respectively. All your weapons are collected from Lutadore stashes or from their corpses, depending on the enemies that you engage. These vary from the small fry machine gun holders, to more challenging snipers and armoured-brutes wielding mini-guns or powerful shotguns. Silencing your foes rarely feels like a chore given that even the tougher enemies can be killed with one well-placed rocket or by greeting them with a barrel to the face.

What does tip the balance in the enemy’s favour however is when you encounter those who are in the possession of Gravlinks, meaning they can weed you out of cover and leave you floating around like a discarded crisp packet caught in an up-draught. Obviously you have the necessary tools to break free of these traps but given that enemies shoot with frightening accuracy and predict your every move before you do it, it is hard to evade the constant barrage of bullets.

Moving cover-to-cover and seeking shelter from a torrent of lead works 90% of the time with rare occurrences of Davis not taking shelter behind the desired blockade. Similarly, peeking out of cover to take out nearby threats or hurtle objects in their direction is nowhere near as easy as it should be. Whenever you are behind cover, Davis will pop out in one given direction thus giving you a poor aiming angle and leaving you ending up as a bullet-ridden corpse.

What’s worse is trying to manipulate a barrel when in cover as the object will snag on the cover you are behind which is less than desirable when you are told to throw explosive barrels most of the time. You can gather what the outcome would be in this case…

For some unknown reason the difficulty unfairly spikes in certain areas which seem to be in place just on the off-chance you may have fallen asleep as a result of the often repetitive level structure. The game follows a pattern of: clear out a closed-section area, travel through an area free of gravity before engaging in an open combat section. Thrown in for good measure are some set-pieces whereby bosses must be taken out or weapon emplacements must be destroyed which spice things up a little, but the barebones of the game show through all too often.

Depending on your difficulty setting, Inversion will take around 6-7 hours to complete which actually feels just right and means the game doesn’t outstay its welcome. Once the solo campaign has been completed, online adversary modes are in place for zero-g antics to take place across the globe. Furthermore, the campaign can be played through co-operatively which will appeal to those who have a special friend to tackle campaigns with. Or they can head on into the adversary modes with them that, again, don't feel refreshing or rewarding given their 'maintaining the status quo' feel with the usual deathmatch modes in place.

Inversion definitely won't win any awards for creativity or originality but it proves that, despite constant set-backs, it is worth playing especially when there is nothing else out there to better it. Whilst the story is instantly forgettable and the script isn't the best, tight gameplay and satisfying set-pieces make up for it and show there is still hope for Eastern developers to make a good shooting title. Give it a shot at least, but don't expect anything ground breaking or innovative.