Created, written, directed and produced by the guy who got X-Men: Dark Phoenix wrong TWICE... what could possibly go wrong? 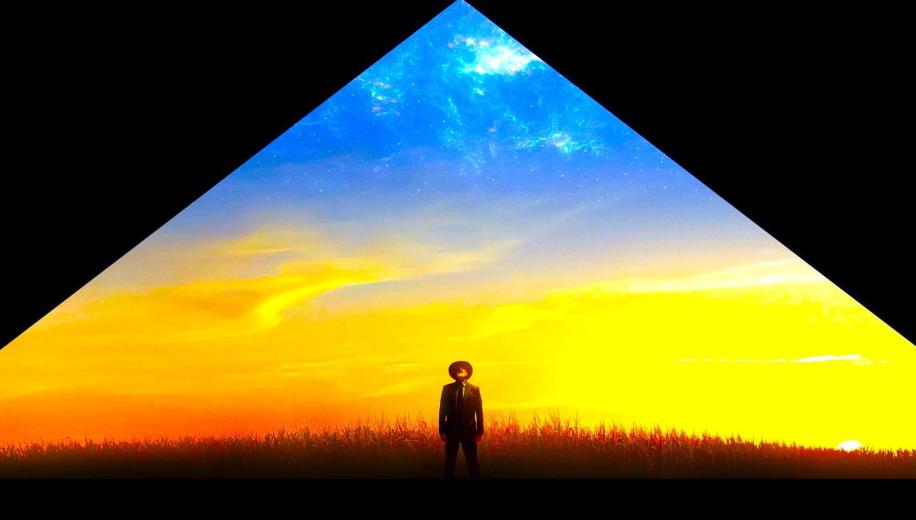 With Apple's epic sci-fi saga Foundation drawing criticisms for its - at best - very long-form angle on an admittedly vast and unwieldy subject matter, it's interesting timing that they would so quickly drop another extremely slow-building sci-fi production on viewers before the former has even finished its 8-week run. Whether or not it reveals a slight lack of faith in the production, or an acknowledgment that the market for invasion sagas is pretty saturated at present (having just had a few shots at a War of the Worlds, including a second year with the US version), the reality is that Invasion is - at least initially - very hard to discern from its peers, providing perhaps a bigger budget, more refined effort, as you would only expect from Apple TV+, but lacking in that same hook that drove not one but two of their flagship shows: For All Mankind and See (itself having just finished a very slow-to-get-great second season).

... Invasion is - at least initially - very hard to discern from its peers

Across the world a number of different individuals are at turning points in their lives - whether it's an ageing small-town Sheriff, on the eve of retirement, who feels like his law enforcement life has been largely without meaning, or merely a wife who discovers her husband is having an affair, or a Japanese Mission Control engineer who has just watched her lover take off into space on a mission. But strange things start happening, mysterious crop circles, people disappearing: soldiers, townsfolk, school kids... could this be the start of a... what's the name of this show again?

Invasion comes to Apple TV+ with all of their usual enhancements - 4K Ultra HD, Dolby Vision and Dolby Atmos - looking and sounding suitably spectacular, with a minor blip in effects early-on, but a limited focus on special effects (at least for the first couple of episodes) leaves the majority of the feature able to shine with the kind of typical Apple TV+ refinement that makes the absolute best of your Home Entertainment equipment.

Invasion is slow. That's fine if it goes somewhere, but it is extremely hard to tell from the first three episodes alone, and does put pressure on the remaining episodes to really deliver the goods. It does not help that it's called "Invasion" but almost nothing happens for an undue length of time. People disappear. People talk about their disappearance. Kids get nosebleeds. Soldiers disappear. People get upset. Someone's house starts shaking. It's slow, really slow. And that would also be fine if that was just Episode 1, but Invasion stretches what should have been a slow-burn build up in Episode 1, to a slow-burn build up across all three episodes, almost as if everybody involved knew the episodes would be dropped simultaneously, so just dragged the damn story out for all it's worth and more.

There are sparks of interest in the character development along the way - obviously Sam Neill's small-town Sheriff is the absolute highlight, and you almost want the focus to remain on him, but Shiori Kutsuna also impressive as the heartbroken Mission Control scientist faced with watching her lover Rinko Kikuchi (presumably an illicit relationship under the circumstances) blast off into space, and Shamier Anderson's soldier's tale in Episode 2 is a strong effort too, but they don't stretch the story three ways, they shoot for half a dozen, with the painfully British kids (at least initially) just plain jarringly amateur as they take a ridiculous drive seemingly without brakes, and the plight of Golshifteh Farahani's betrayed wife and mother hardly compelling, and mostly involving a lot of screaming and shouting. It's like the US War of the Worlds - more professionally handled, sure, but still burdened by similarly weak scripts for the weaker characters.

And even the good arcs are just so damn drawn out. Oh look there's a crop circle. Let's look at it for a long time through a window. Then slowly climb up really high and look at it from above. Then wander over and look at it in close. After all that, when something supposedly shocking happens, you're left with a sinking feeling of is that it? And, unfortunately, it is. At least for that episode. Sam Neill is probably the reason most people will stick with it, and the third episode does put a few modestly interesting spins on what's thus far taken place, but Invasion really needs to up its game if it wants to last the duration.

Invasion is out weekly on Apple TV+ in 4K Ultra HD with Dolby Vision and Dolby Atmos, with the first three episodes available from 22nd October.