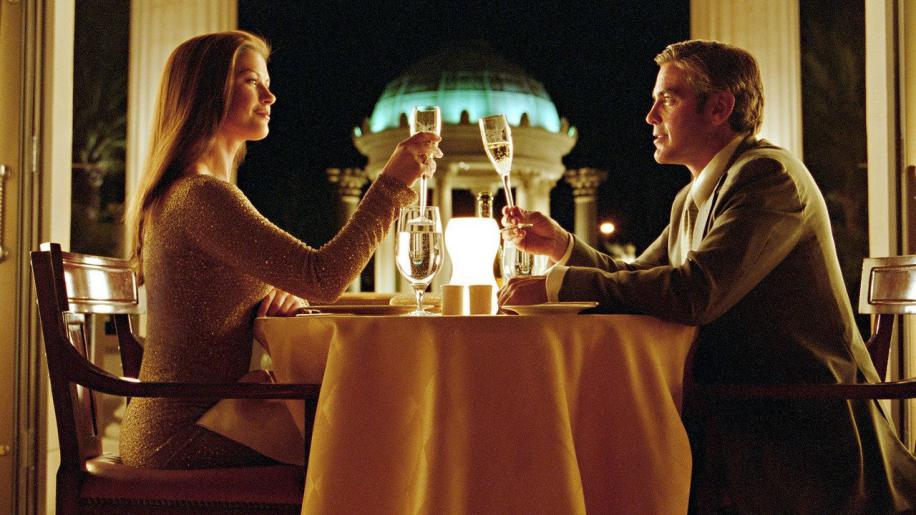 The movie is presented in a 1.85:1 anamorphic print therefore filling a 16:9 screen. Colours are bright and pushed to the red end of the spectrum, making reds such as Marilyn's dress vivid and lush. Unfortunately this also results in quite unrealistic skin tones which occasionally adopt an orange cast. Bright outdoor scenes such as Marilyn's wedding , seem overexposed with a subsequent loss of highlight detail in the wedding dress, and hotspots on the forehead. Thinking this was my projector I adjusted brightness and contrast to bring back that detail, and soon realised this was at the expense of shadow detail. On a well calibrated system expect washed out highlights. The is no sign of digital artefacts in an otherwise clean print. Universal have pushed out the boat and given us both DD and DTS 5.1 tracks to chose from. I know many of you see DTS as a sign of quality but despite a much higher bitrate(384kbps v 768kbps) both tracks sound identical. The soundtrack is adequate, if a little underwhelming. Dialogue is produced with clarity and precision, but little effort is put into creating ambience or effects, and bass levels stay well above the frequencies required to wake a decent subwoofer. Still, with a dialogue heavy piece vocals are what's important but I still feel that studios miss the opportunity to enhance the movie experience with well encoded multi-channel sound. A bit of a substandard effort really. A few of the outtakes by Clooney and Zeta-Jones, a featurette on the leads wardrobe selections, and a very average making of documentary. Expect a bells and whistles edition to appear somewhere down the road. A below par Coen comedy = an above par Hollywood comedy, with nice performances by the leads, but the package is let down by a poor quality disc despite the addition of a DTS soundtrack.