Interstellar gets a stellar 4K presentation 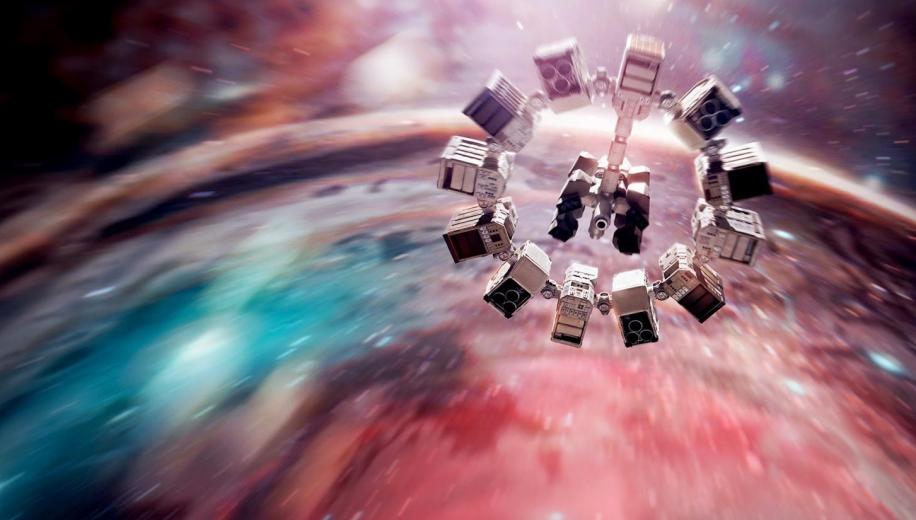 Interstellar is an audacious masterpiece from Nolan depicting near-unattainable concepts like wormholes, relativity, and five-dimensional thinking with consummate skill.

Whatever its faults, it earns a perfect score for sheer ambition and originality. It demands to be watched, absorbed, and rewatched. Failing to reach the giddy heights of his earlier masterpiece Inception in terms of all-round perfection, in terms of ambition it actually raises the bar. It delivers science fiction with a distinctly factual flavour; positing a palpably realistic future, and revelling in complex scientific concepts which most filmmakers eschew in favour of preserving audience sanity. Interstellar’s dystopic future sees mankind desperately searching to find another habitable planet and, with the last space mission gone awry, tearing Matthew McConaughey's astronaut-turned-farmer from his daughter to pilot a daring mission to save the human race. Nothing can prepare him and his crew for what they encounter on the worlds beyond.
If Gravity took us into the unforgiving abyss of space, and Sunshine took us towards the unrelenting blast of the sun, Interstellar takes us beyond both, to wormholes and space anomalies, ice planets and water planets and other dimensions. It's the perfect sandbox for Nolan to play in, exploring string theory and relativity with jaw-dropping on-screen results; bringing such highbrow concepts down to earth with very real set-pieces that blister with tension and leave you yearning to get to grips with some very elusive ideas. And despite all of this ambitious scale, Interstellar is also Nolan's most emotional voyage, using it as a tether to help understand the scientific concepts and costs. If you thought Inception delivered some visionary set-pieces in terms of scale and ambition, Interstellar will blow your mind; it's a visionary work of frequently opulent majesty. Shot on film in both anamorphic 35mm and IMAX 70mm, the presentation adopts the shifting aspect ratio formula for the two formats, with a 1.78:1 used for the IMAX scenes, whilst a broader ratio of 2.39:1 is employed for the rest, not wholly unlike the style adopted for Nolan's earlier Dark Knight films and later on Dunkirk. This marked his first collaboration with cinematographer Hoyte Van Hoytema, who would later shoot Dunkirk, and the two are both almost equally impressive, with Interstellar particularly benefiting from some jaw-dropping space sequences. As with the rest of the titles in the recently released Nolan Ultra HD Blu-ray selection, Interstellar has reportedly been released under the supervision of the director himself, approving the 4K scan and colour timing. Whilst the results are not universally astounding across all seven films, Interstellar is undoubtedly stellar, trumping its already stunning Blu-ray presentation.


Demo and reference through and through

Detail is excellent, with impressive clarity that brings for striking skin textures and background nuances. The earth-based opening allows for plenty of background nuances, with the dust-soaked backdrop explored expertly. Perhaps working with Van Hoytema made a difference because Nolan's 35mm footage here already looks tremendous - arguably better than on any previous film he'd done. That said, when the film launches us into space, and the screen opens up to envelope the IMAX footage - the most amount of IMAX footage Nolan had ever employed - the picture quality somehow, impossibly, attains a whole new level of perfection, soaking up the amazing space sequences and making for some of the best demo footage you'll likely ever see.

As stated, Interstellar already looked fabulous on Blu-ray, but that image was not without its faults, despite the mostly jaw-dropping results. On 4K Ultra HD Blu-ray, those flaws are all-but non-existent, with HDR bringing black levels to a much more impressive standard, and raising the bar in terms of peak brightness, providing you with some staggering new planets to explore in almost previously undiscovered glory, whilst WCG offers a subtle but still noticeable improvement on skin tones and the vibrancy of the green fields and blue skies. It's all very natural, but a direct comparison with the Blu-ray makes it much more obvious that the Ultra HD Blu-ray is a marked upgrade. Indeed across the entire near-three hour runtime there are only a couple of shots that look even vaguely flawed - during the baseball game when the dust storm lands there's a slightly pastel tone which looks unnatural, and when they hit the ice planet the long shots of the ship make it look just the tiniest bit fake, like a green-screen superimposed effect. These are minor niggles, however, in an otherwise largely flawless presentation, that's demo and reference through and through. The accompanying DTS-HD Master Audio 5.1 track is also astounding, and - similar to Dunkirk - some of the most LFE-centric full-bodied audio you'll likely ever come across. The intensity is intoxicating, making for a near-perfect accompaniment to the film's staggering visuals.

Of course there is some element of controversy here, at least in respect of the material and of Nolan's stylistic choices. The director (much as he did with Dunkirk, although arguably dialogue was of less importance there) mixes his audio here in such a way as to utterly drown out some of the dialogue. Whether it be the countdown to take-off as Coop is driving away from the farm, or - much more importantly - Michael Caine's pivotal revelations, both of which are completely smothered by the overwhelming score. The score is amazing, and utterly immersive, and clearly Nolan doesn't particularly care if we miss these words as three cinema trips left me oblivious as to what was actually said until finally the Blu-ray's subtitles revealed the hidden unimportant - and arguably very important - words. None of this amounts to anything more than a stylistic choice, however, and the audio track cannot be faulted for its faithful adherence to Nolan's desires, delivering the sound exactly as he intended. No matter how loud you turn this, you won't hear the words, you'll just hear the organ grinding through your sub with no mercy.

Effects are superb, whipping you into a tailspin as Coop's ranger loses control in the flashback, or tearing through the atmosphere on launch, with crashing tsunami waves, cracking ice and deafening explosions, as well as some impressive work done to serve the audacious and ambitious final act, whose almost alien effects attempt to give life to previously unexplored territory. The accompanying score - which pervades, penetrates and outright smothers just about everything else - is a highly emotional one, cranking up the tragedy, the sadness, the pain and longing, and building to an absolute crescendo during the extended twist and chase/docking sequence. The raw energy is phenomenal during this sequence, raising the hairs on your arms and leaving you absolutely on the edge of your seat, holding your breath for the outcome. Many might yearn for an immersive Dolby Atmos 'upgrade' but it's hard to imagine anything topping this track in terms of sheer intensity. Whilst the Ultra HD Blu-ray disc itself has no extras to call its own, neither does the accompanying Blu-ray disc, with all of the film's supplemental features placed on a dedicated second Blu-ray disc. The extras are exactly the same as on the earlier Blu-ray release, but it's still a great selection.


A great selection of extras

The highlight of the bunch has to be the meaty near hour-long Documentary with Matthew McConaughey hosting which looks at The Science of Interstellar in great depth, detailing the scientific theories that under-pin much of the plot, with specific emphasis on scientific adviser and executive producer Kip Thorne's work on wormholes and black holes. Inside Interstellar offers up some 14 smaller Featurettes: Plotting the Interstellar Journey, Life on Cooper's Farm, The Dust, TARS and CASE, The Cosmic Sounds of Interstellar, The Spacesuits, The Endurance, Shooting in Iceland: Miller's Planet / Mann's Planet, The Ranger and the Lander, Miniatures in Space, The Simulation of Zero-G, Celestial Landmarks, Across all Dimensions and Time, and Final Thoughts. Covering all of these topics in some manner of detail, there's a great deal revealed about this ambitious project and what it took to put it together. The disc is rounded off by some Trailers. If several of Nolan's features earn top scores in terms of sheer blockbuster perfection, then Interstellar doesn't technically reach this same standard, but for sheer bold, audacious, ambitious and original storytelling, nothing comes close. If you look past its flaws then you'll likely see that this truly is a visionary work of frequently opulent majesty. The film might struggle in its third act but in an age of reboots, remarks and sequels, we should applaud original filmmaking.


If Gravity took us into orbit and Sunshine took us to the sun then Interstellar takes us beyond both with wormholes, space anomalies, alien planets and other dimensions

Interstellar makes a tremendous Ultra HD Blu-ray bow as part of the Nolan selection, vying with Dunkirk for the top spot in terms of video presentation and delivering reference material for both video and audio, and a superior selection of extra features. It's a great upgrade, a fantastic package and a stunning film.