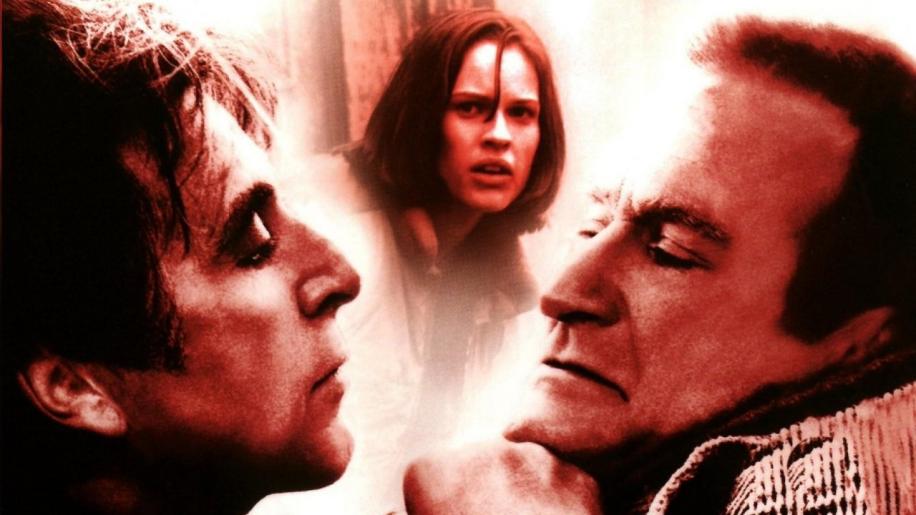 Having only very recently watched (and enjoyed) the terrestrial broadcast of the 1997 Norwegian film of the same name (available as a Criterion release) - on which this Hollywood remake is based, this somewhat lessened any climactic anticipation this film has to offer.

The story line is an uncomplicated murder hunt that has in no way suffered in the transatlantic crossing to North America. LAPD Detectives Will Domer (Al Pacino) and Hap Eckhart (Martin Donovan) have been reassigned to the isolated Alaskan town of Nightmute, to assist the local authorities with a particularly nasty murder. Bringing with him something of a "major collars" reputation and under investigation by Internal Affairs, Domer takes immediate control of the case, to mixed views from the local officers.

In an attempt to apprehend the suspect (Robin Williams), Domers partner Eckhart is shot dead in rather suspicious circumstances. The remainder of the film follows Domer's increasingly difficult and maddened path to the murderer. As a backdrop to these events, the continuous Alaskan daylight takes its toll on Will's ability to sleep and in turn his mental stability.

I quite enjoyed this version; the script was tight and nicely paced, dark in tone and superbly shot. Some of the cinematography involving Alaskan vistas is little short of breathtaking. As ever Mr. Pacino is superb as the world-weary cop and Robin Williams turns in a perfectly palpable performance as the disturbed murderer.

All in all I didn't feel that this rendition was in any way a disservice to the very well regarded original.