Injustice: Gods Among Us Xbox 360 Review

Let us finally put these Superman vs Batman arguments to rest 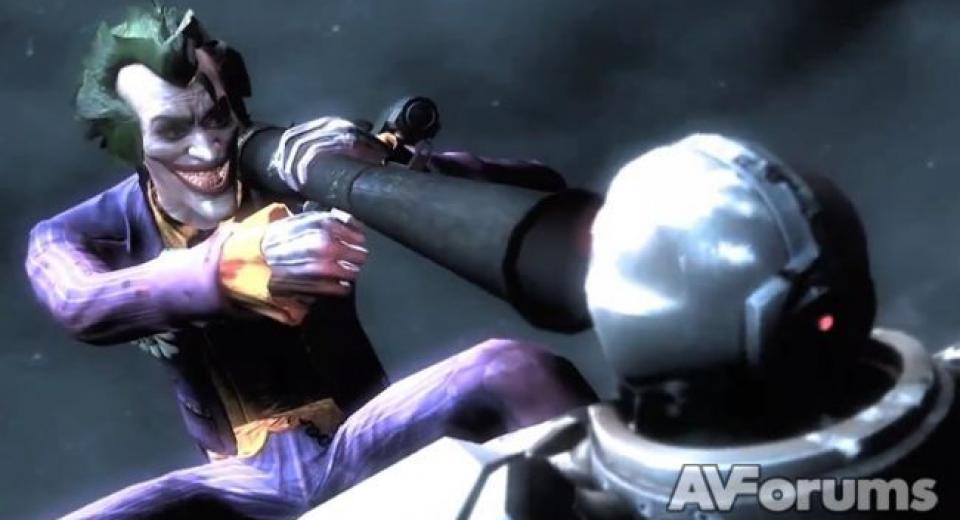 The fighting genre has a tumultuous history; after the heyday of the early 90's giving rise to the classics Street Fighter and Mortal Kombat, the genre imploded under its own weight, some might argue it's not dissimilar to the state of the FPS genre currently; with numerous entries trying to carve out a slice of the popularity pie. However the jump to 3D and the death of the fighting game's spiritual home in the form of the arcade meant that by the new millennium the mighty fighting genre had faded into a dark age.

2009's Street Fighter IV sparked a mainstream renaissance which finally blended 2D and 3D action. 2011's Mortal Kombat from Netherrealm added a successful campaign which gave people outside the hard core tournament circle options to play the game in single player besides the dry format of a ladder tournament. Now Netherrealm are back armed with lessons they learned from their previous title and a new franchise in the form of DC Comics. They quickly side step enthusiast objections by setting up an alternate universe of sorts which allows them to craft a new story and form unlikely alliances and rivalries. An evil Superman makes for an interesting villain and the campaign leverages its DC source material at every opportunity. The trademark system introduced in Mortal Kombat returns with cut scenes flowing in and out of match ups as you jump between characters, defeat enemies and progress the story. It's a great way to be introduced to all of the cast and is a nice option for those not making a bee line for the online lobbies.

Although a thoroughly frustrating tutorial takes you through every button press available to you, far more important if you plan to move past solo play is to find a character your are comfortable with. The campaign takes you on a whistle stop tour of the roster and tells a fun tale along the way. There are some improvements with short quick time events prefacing some fights and the DC world offering a richer back drop to weave a tale through, it's far easier to be interested in the death of evil Superman's Lois than Shao Khan's maniacal motives.

At first glance it wouldn't be hard to accuse Injustice of simply executing a palette swap of sorts on Mortal Kombat but the combat itself is a markedly different beast, attacks come in the form of light, medium and heavy with a throw for close up work and blocking requiring you to simply hold back. Where it gets interesting is with the Character powers which when initiated will offer a character based bonus, some might confer a damage bonus whilst others will access a different weapon or perform a different attack. The pace of fighting retains the combo juggling fun of 2011's Mortal Kombat with the controls allowing for some prerequisite "button bashing" but also holding onto a level of depth for those who wish to explore the system. Environments are detailed and have nice touches including integrative elements and being able to trigger stage transitions into new areas. Visually Injustice really makes good use of its characters and their abilities, a clash system allow you to gamble part of your super meter in a one off clash with your opponent and will reward the winner with health or deal extra damage and although fatalities have understandably been removed the super moves adequately take up the mantle of delivering a spectacle each time one is engaged. Seeing The Flash run round the globe just to deliver an uppercut or Batman call in the batmobile for a quick hit and run are nice touches which give the title a dash of personality.

Outside of the campaign the standard ladder format still resides for each character culminating in the obligatory character ending you would expect, some unlockable modifiers have been added which introduce things like time limits and random character selection which brings a touch of flavour to the age old format.

Far more entertaining is the STARS lab which offers up hundreds of challenges to complete of increasing difficulty, challenge objectives can be oddly specific such as block a certain number of times or simply complete a fight with a modifier enabled. Much like Mortal Kombat's challenge tower STARS labs offers varied reasons to move onto the next encounter as the objectives and the characters change frequently enough to keep you interested and challenged. It is another way for the less skillful player to explore all of the characters and combat options before jumping pride first into the realm of online multiplayer. The online offering comes in an expected formula with the option to take your moves into the competitive depths of Xbox Live with ranked and player matches, the well implemented lobby system returns allowing you and up to 8 players (via Xbox Live) to spectate and participate in endless battles. King of the Hill is the classic "winner stays on" agreement whilst Survivor throws in the test of said winner not regaining health between matches. This is a much more fun and communal way to approach the multiplayer and not only do you get to avoid the endless cycle of match searching once you find a decent lobby but you get to spectate and hopefully learn in between your bouts.

Absorbing the tactics and strategies of veterans is a key skill as fighting games tend to reveal a red hot core of difficulty once the initial release window passes and those unwilling to take their licks can quickly lose motivation if they don't improve and adapt; that being said the controls, environment and the spectacle of Injustice make this a more accessible and entertaining version of similar systems which have come before.

Injustice: Gods Among Us Xbox 360 Review

Injustice: Gods Among Us takes advantage of every aspect of its construction, the blueprint of 2011's Mortal Kombat has been amended and refined enough that it feels like far more than just a reskin of the previous title. The DC license has been used to good effect with characters and their moves entertaining and delighting throughout. Single player offers a decent amount of content which does a good job of keeping the fighting premise fresh and largely succeeds, with fatigue rarely setting in.

Mechanically the game remains solid with a satisfying fighting system allowing the tournament players to practise those 11 hit combos whist "noobs" can still hit the triggers and unleash those special moves like the best of them. Those looking for a real challenge will welcome the online options which allow for both random encounters and long sessions with friends. The genre may have been dormant for a while but Injustice is a recent example of a competent new fighting game which finally offers a decent amount of content for both the fans of the license and those looking to get back into the genre as a whole, whilst offering a solid core fighting system for who are looking for just that.