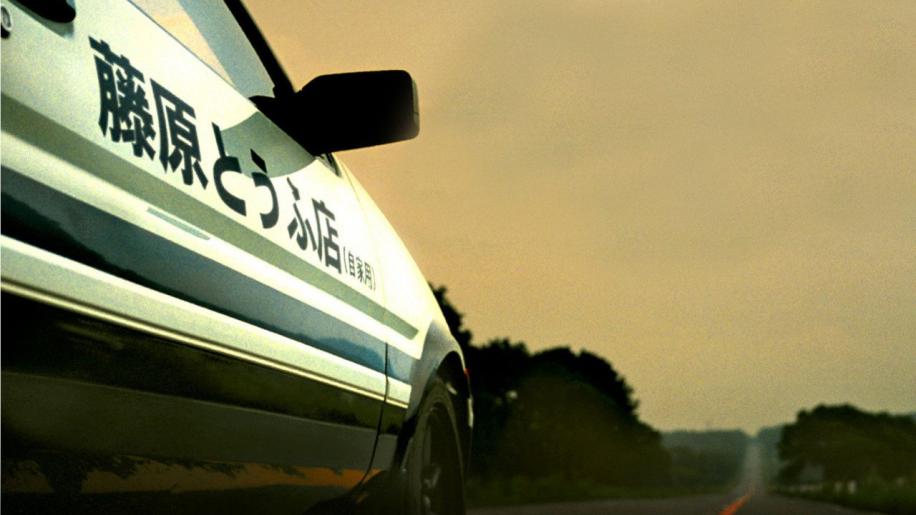 In the film makers pursuit to find the next best story, anything is considered. Take Pirate of the Caribbean, based on a Park ride! Traditionally literature has been the source for most inspiration. More recently, what could be called pulp literature, the comic, has become ever more popular. Take Batman for example, first a comic, then a cartoon, then a TV show before making it to films. This trend is not limited to Hollywood, the Asian market too has long plundered its own literary roots, pulp or otherwise, for that new idea. Initial D started life, as Batman did, in manga, that's comic books to you and me in the west. Written by Shuichi Shigeno its debut was in 1996 and is still serialised weekly in Japan as well as being in twenty four graphic novels. Again, like Batman, was made into a hugely successful and long running anime series, by Avex, that has run for thirty nine episodes. It was inevitable then that Initial D would make it to the big screen. However, bringing it to life would be no small task, like Spiderman, the expectation of Initial D was immense. It has taken the talents of two directors to finally bring to fruition; two directors with an already proven track record with the Infernal Affairs trilogy. With Wai Keung Lau and Siu Fai Mak signed on, the film seemed to be in safe hands, so have they succeeded where others have feared to race?

Initial D, in a nutshell, is about Takumi Fujiwara, a youth with an incredible natural skill at driving. It is a skill he has developed while he delivers tofu for his abusive alcoholic father. It just so happens that the delivery route is on the infamous Mt Akina, notorious for its use as a race track by illegal street racers. Bunta, Takumi's father, used to be a top racing driver, but after his wife left him he turned to drink, and took out his frustrations on his son. However, he still has a flair for driving, and tuning a car, his own Toyota AE86, used for deliveries is already racing tuned. Takumi has been driving the mountain route for five years, since he was thirteen. To improve his speed but keep the driving skill his father insisted on the 'Jacky Stewart' method, place a cup of water in the car and not spill it (Stewart used a ball in a saucer on the bonnet of the car) on the supposition that speed combined with smoothness is far faster than just thrashing around (though it never stopped Nigel Mansell from becoming World Champion). Utilising this new skill Takumi can do the mountain run in record time. At school he is quite, keeping his talents to himself. He has eyes for Natsuki, even getting into trouble by fighting for her honour. But it is not until they have both left school that they eventually meet up and start to see each other. She, though, has a dark secret, one that threatens to tear there fledgling relationship apart should it become common knowledge. This, unfortunately happens, when she is seen by Itsuki, Takumi's best mate. This too causes some serious challenges to these two friends. Add in a little comedy from Bunta (he has the best line of the film “Hey help me change my underwear”) and some reconciliation between him and his own best mate, Itsuki's father, and you have all the emotional developments for the film. But we all know this is rubbish. This film is about the cars.

And the cars alone.

Thankfully it is all about the cars, because all that stuff above? No so good. It's not as if Messieurs Lau and Mak don't know how to handle a bit of emotional turmoil. Don't get me wrong, it is by no means handled badly, rather I think the action out ways all. And what action it is, car mayhem, out and out speed and all to a pumping hip sound track. I have no idea if this film is comparable to the manga or the anima, and quite honestly I don't care, coming to it without the prior knowledge or preconceptions has been very beneficial. One for the MTV generation? You bet. Did I enjoy it? You bet? Am I one of the MTV generation? Forget that! I find it difficult to explain why I enjoyed this film quite so much, as generally films of this ilk do very little for me. The Fast and The Furious and its dire sequel would be fair comparisons; to say I hated them would be an understatement. Maybe it's the rubbish emotional level that's the back story, maybe because it's an Asian film and isn't filled with American schmaltz, maybe it's the seventies split screen filming, maybe it's the rocket like pace, maybe it's the adrenalin rush of squealing tyres and sideways driving, maybe it's the cast of hip young actors, maybe it's the presence of veteran actor Anthony Wong Chau-Sang or maybe it's just that I fancied Natsuki; I don't care, this film is a blast; sit back, buckle up, put the pedal to the metal and enjoy!