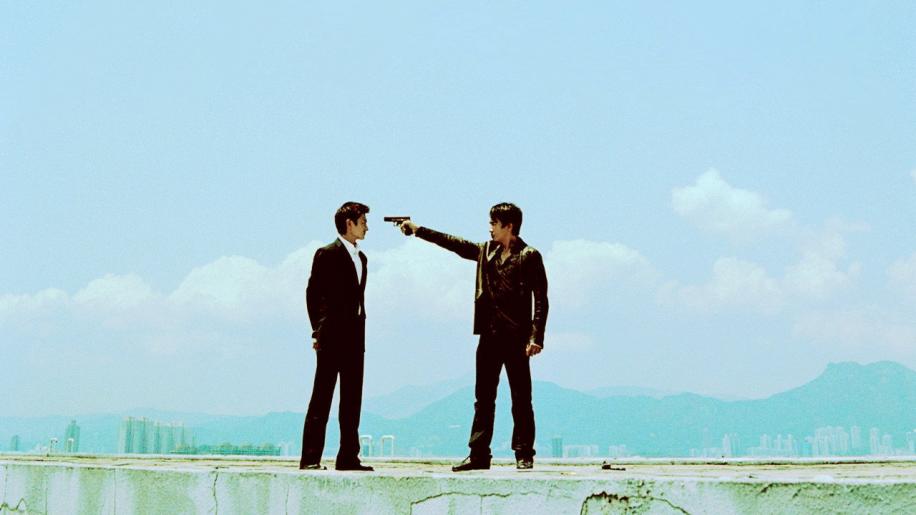 Thank goodness Tartan have seen the good sense to spend some time on this release. Framed at its original aspect of 2.35:1 and anamorphically enhanced, the picture is about as good as it could get. The print used for the transfer appears to have a slight colour cast evident throughout with some print damage also evident. A fair amount of grain is also apparent but seems to add to the gritty feel of the film. DVD encoding seems to be fine with a little edge enhancement and ringing visible but no evidence of macroblocking or banding even in dark scenes.

The English and Cantonese 5.1 tracks, (a Cantonese DTS 5.1 track is also on the disc), are comparable in terms of quality with both being quite front heavy with occasional use of the rears for action sequences and the occasional musical bridge. Unlikely to head up your demo sequence list.

If ever my point about listening to the original language track was evident it is here. The English dub is not great. Firstly the casting for the English dub definitely seems to have gone awry. Actors who, on the original track, have deep, menacing voices have much lighter voices and performances to match which is jarring to say the least. Of more concern is the fact that by comparing the English subtitles with the English language dub a large number of inconsistencies came to light both in content and structure, odd. If you really must listen in English then the dubbed version is adequate but the Cantonese version really is superior.

Well done to Tartan too for the number of extras available on this single disc set.

Starting with a director's commentary featuring Wai Keung Lau & Siu Fai Mak (which is also carried in switchable English subtitles for those who, like me, don't speak anything more exotic than bad English).
“Confidential Files” takes us onto the set as shooting, in more ways than one, takes place and we also get a look at the films opening reception.

“Outtakes” features the usual variety of goofs and bloopers and “Photo Gallery” contains some scenes from the film but embedded into a menu border. Of more interest is the inclusion of the films alternate ending which is far weaker and, sadly, far more likely to be included in the Hollywood remake. Closing up the specials are the original Cantonese theatrical trailer, a really badly dubbed English version featuring a seriously over the top voiceover and a series of previews for other Asian extreme movies.

Overall : Mark 8.5/10
An excellent police drama which doesn't rely on violence except where it's really necessary. Pick it up now, just avoid the dubbed track!